Great Second Life Art Exhibits: Cyber Orthodox Has Been Flooded- And Is Amazing Underwater- But Raises Awareness for a Real-World Tragedy 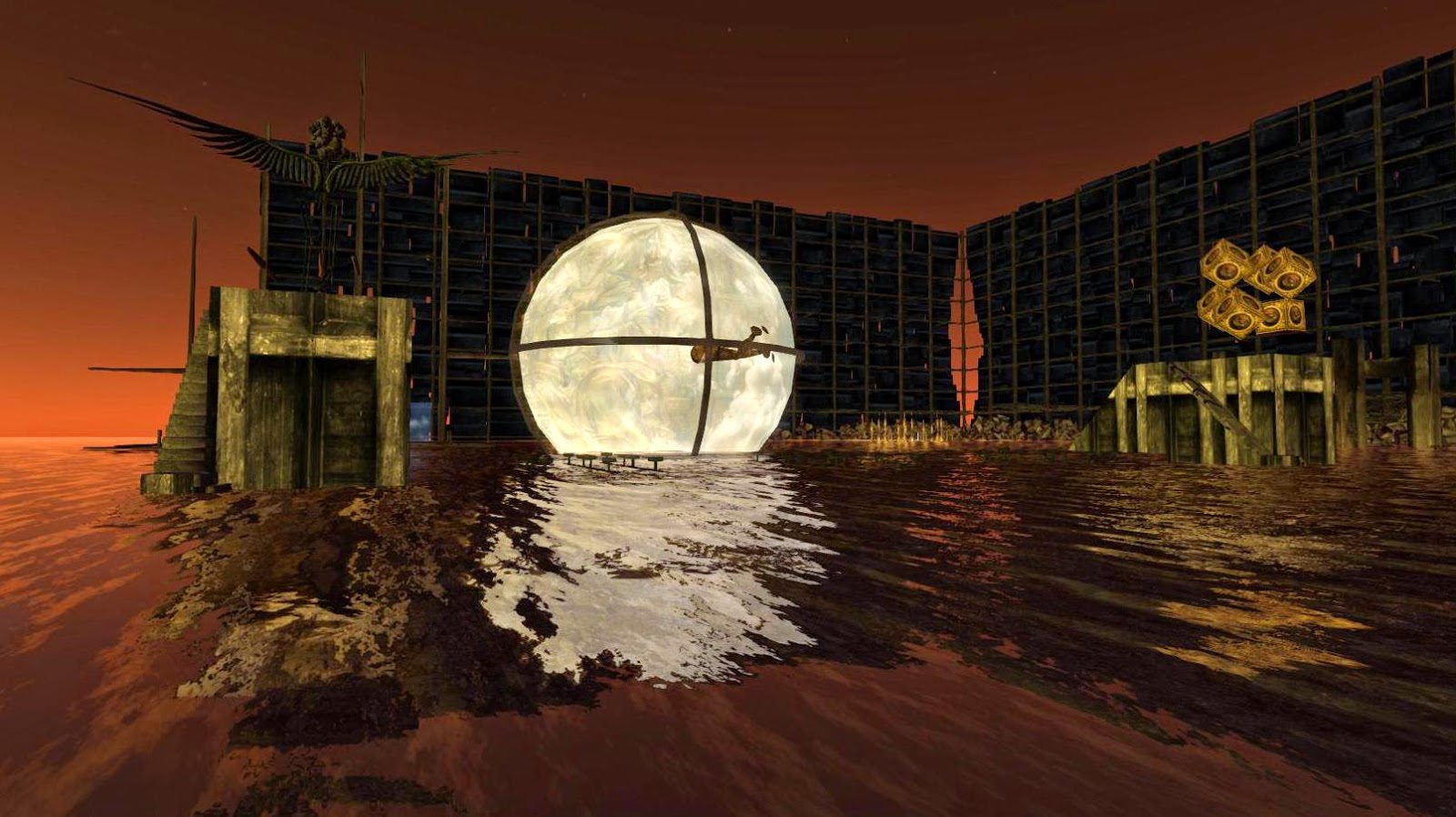 Igor Ballyhoo's great "Cyber Orthodox" art exhibit has been flooded. Tragic  flooding has occurred in the artists homeland in Eastern Europe recent weeks and he has issued a statement saying that he is flooding his Second Life art installation in solidarity with this.

I reviewed Cyber Orthodox here last week and thought it was a great exhibit. It is now even better.
The effects of the flooding on the art installation are amazing and add to the interplay of light on metallic textures and the reflective water surface. 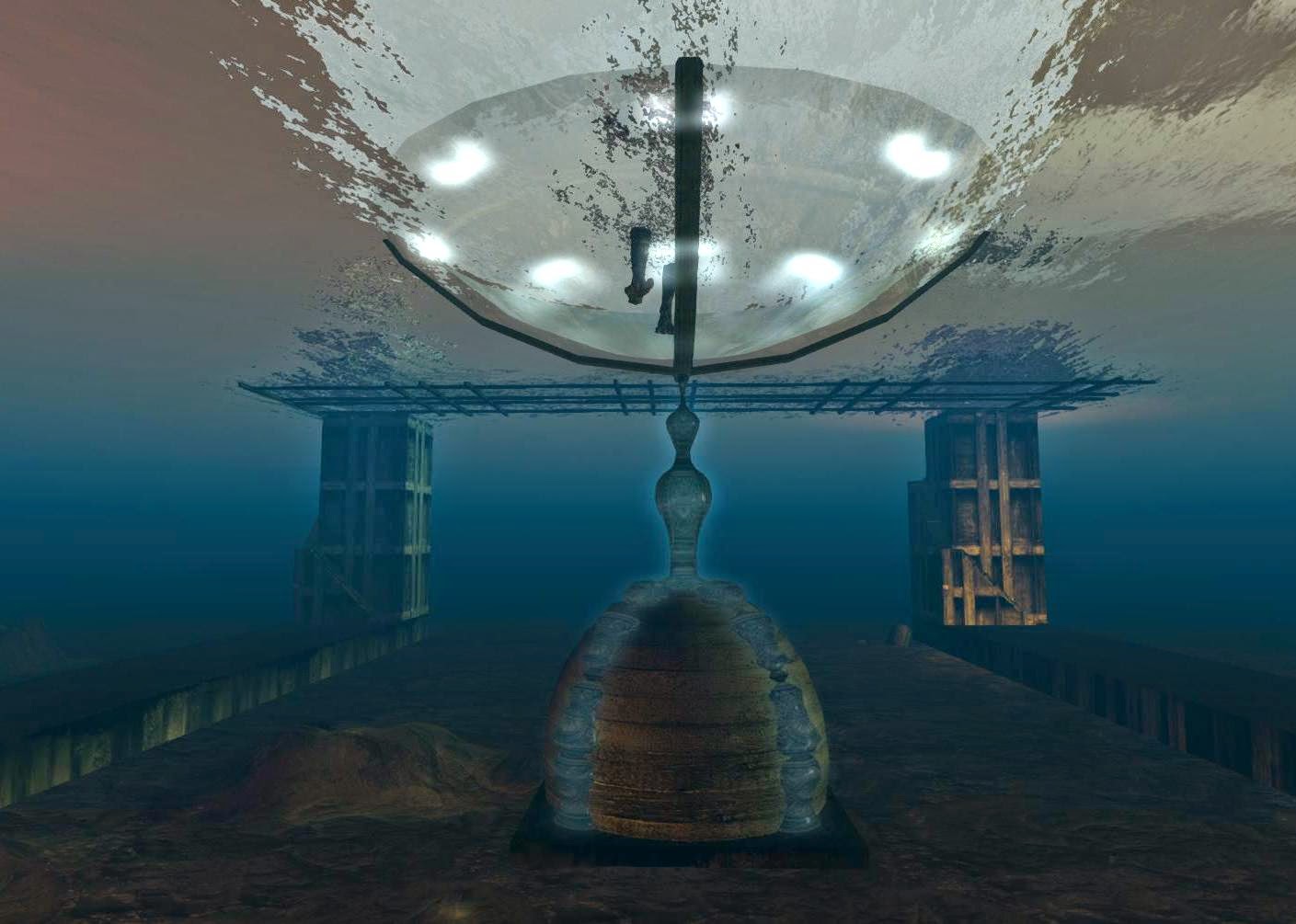 Cyber Orthodox should be available for viewing through the end of May 2014. You can visit here:
http://maps.secondlife.com/secondlife/LEA6/218/180/26 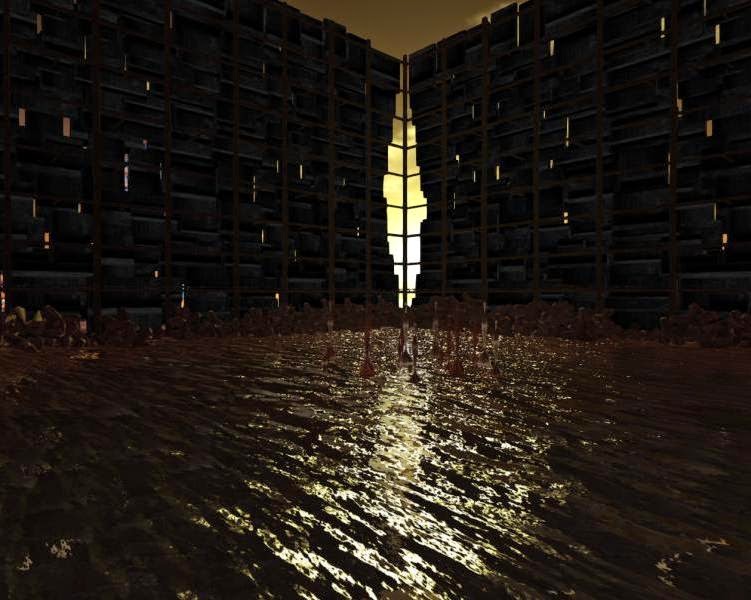 I realize that Igor's  concern for the destruction by flooding and loss of life in his homeland right now, he has succeeded in raising awareness by altering his art exhibit. You can read about the flooding in Eastern Europe and the Balkans here:
http://en.wikipedia.org/wiki/2014_Southeast_Europe_floods

I am not sure where Igor is from, but Serbia has been very hard hit by the flooding. A relief effort --where you can donate via Paypal if you wish to help-  gives information on Facebook:
https://www.facebook.com/helpforserbia?fref=ts 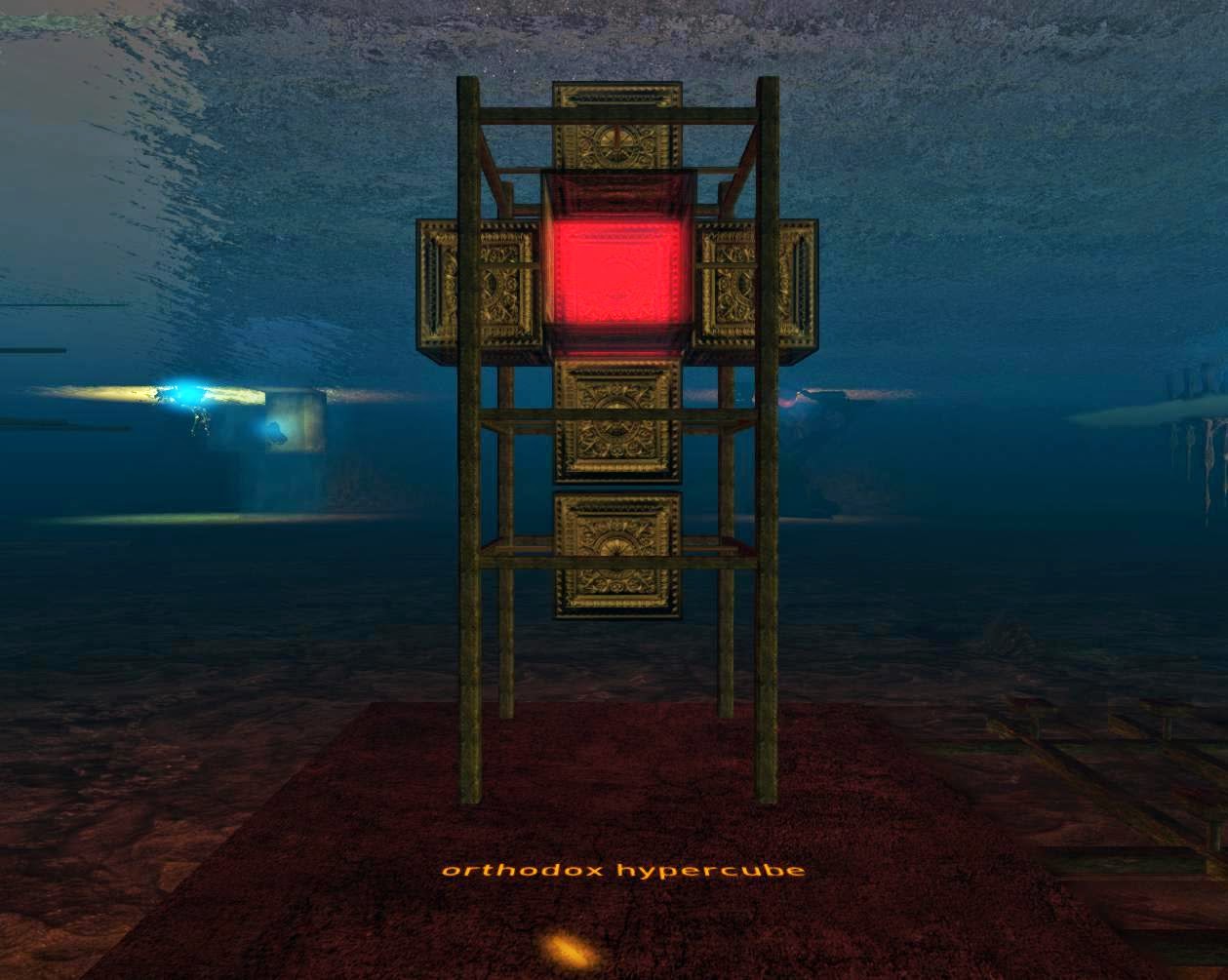 I used Windlight Sky Setting (Euphoria) Bergamot and Rosemary in all these images. It gives a burnt orange / late Sunset effect in the sky, and yields a rich blue green tint when used as a light underwater.

I used Windlight Water Setting "Glassy" which yields maximum bright light when used in an underwater setting, and adds maximum reflectivity to the water surface. 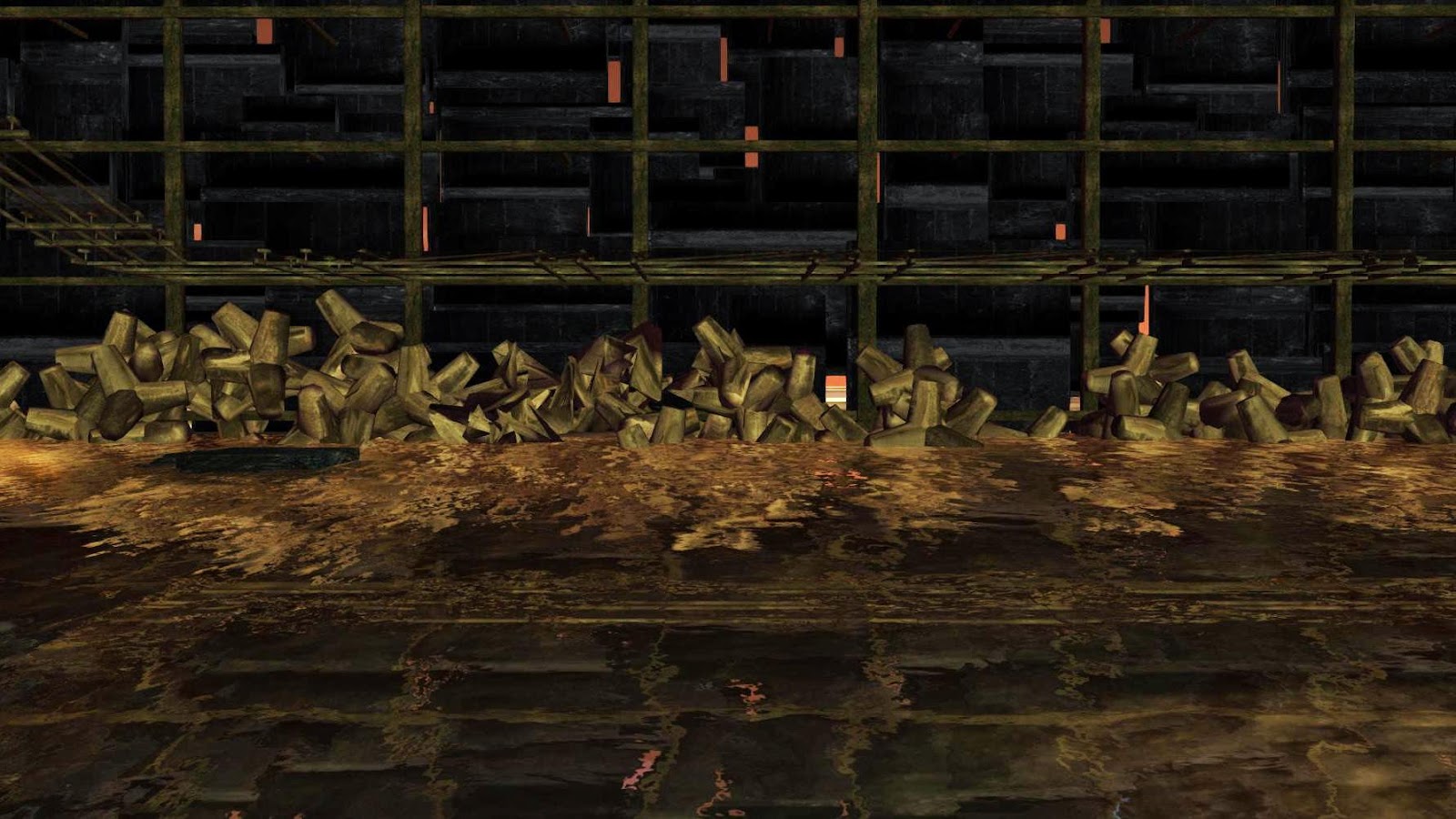 You can catch my original review and see Cyber Orthodox in its initial state here:
http://eddihaskell.blogspot.com/2014/05/great-second-life-art-exhibits-catch.html

You can catch the artist's reason for flooding his exhibit over at Quan Lavender's blog:
http://quanlavender.blogspot.com/2014/05/cyber-orthodox-under-water.html 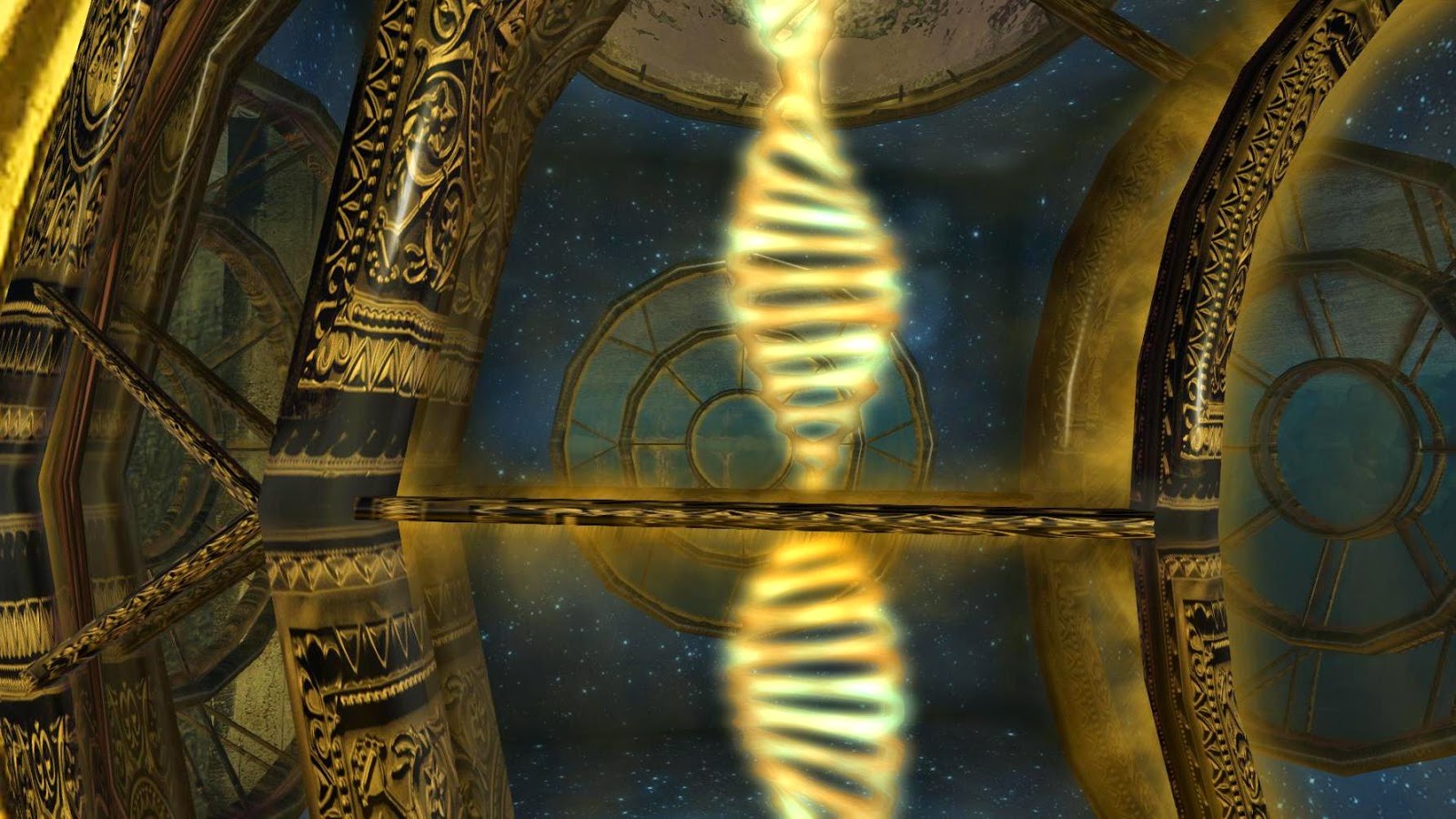 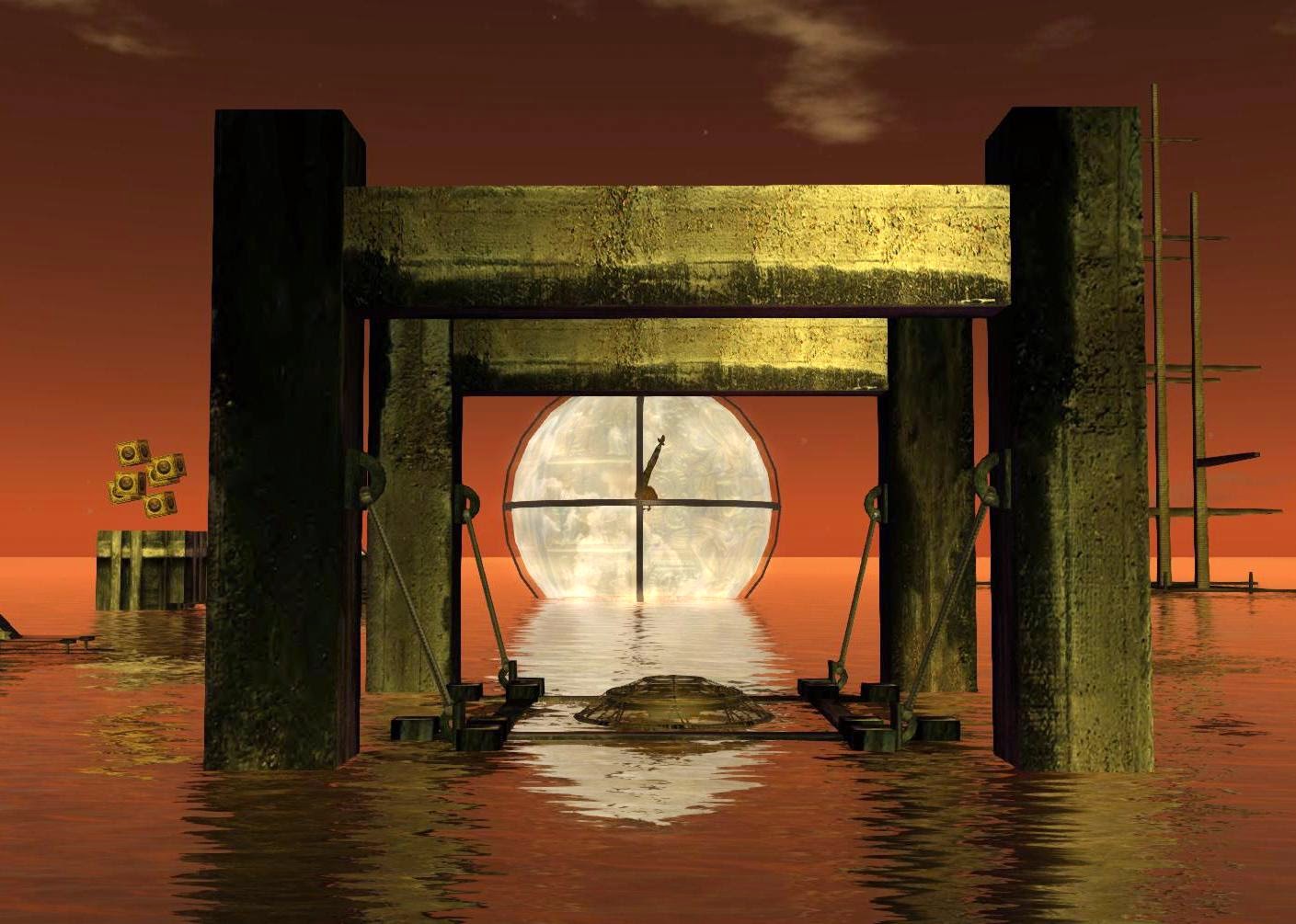 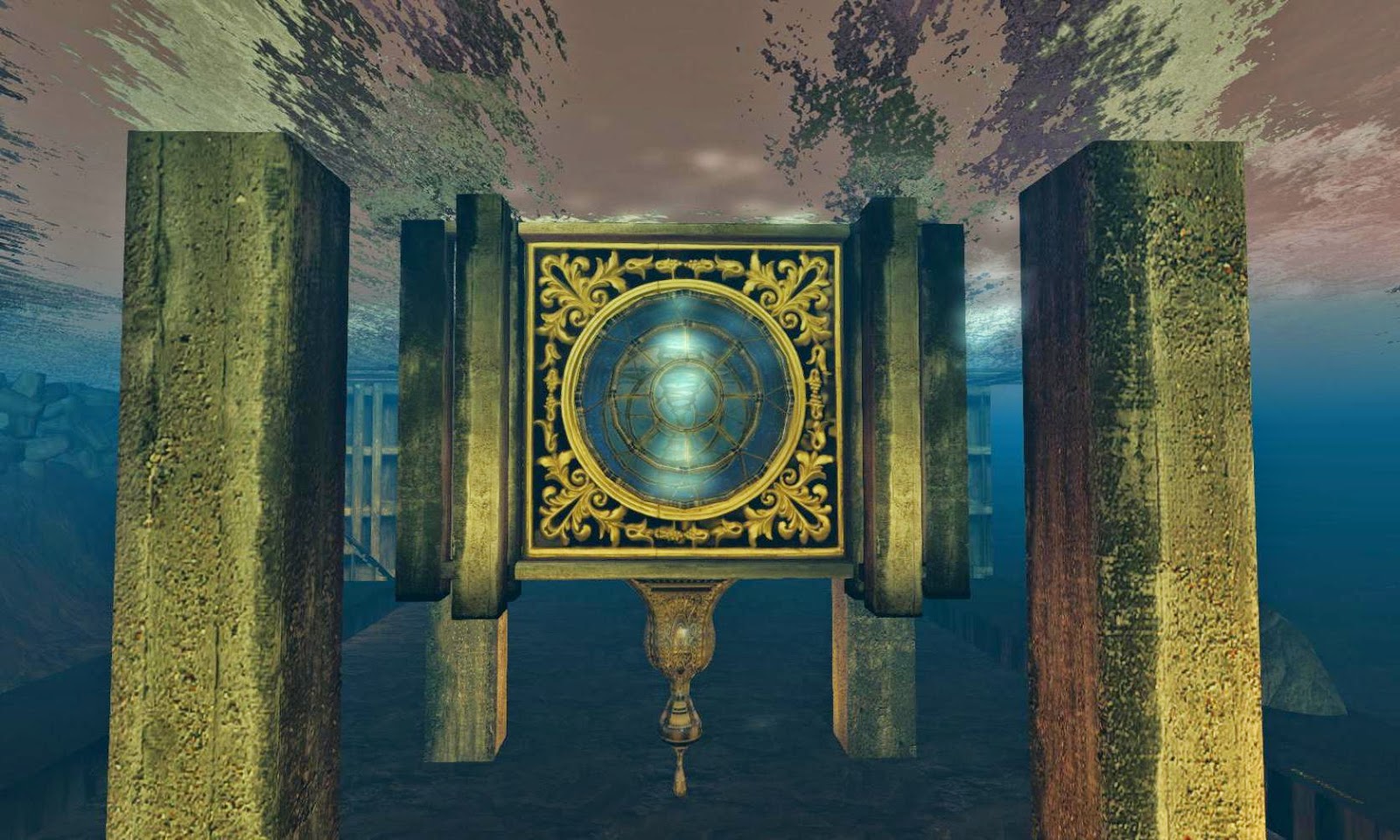 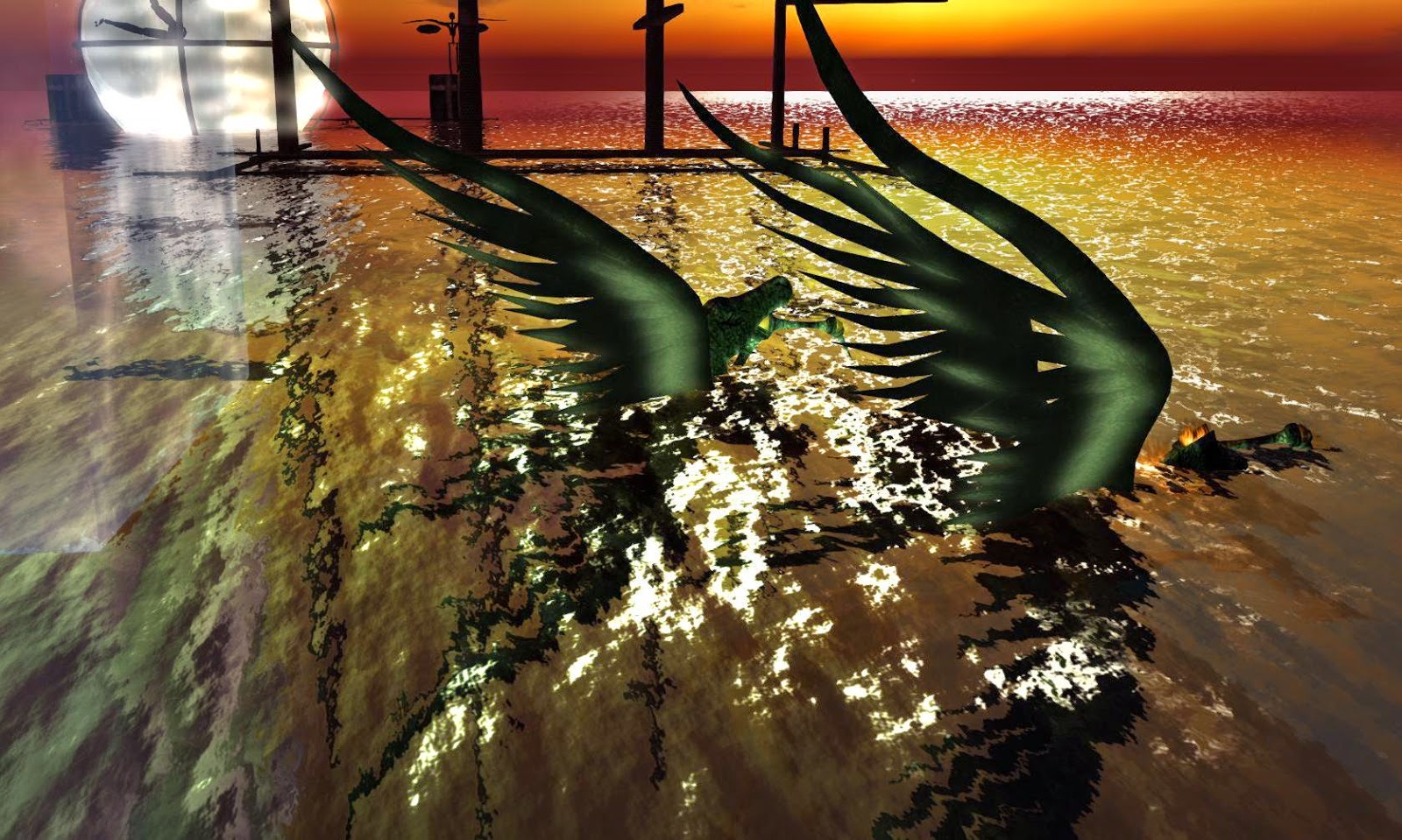 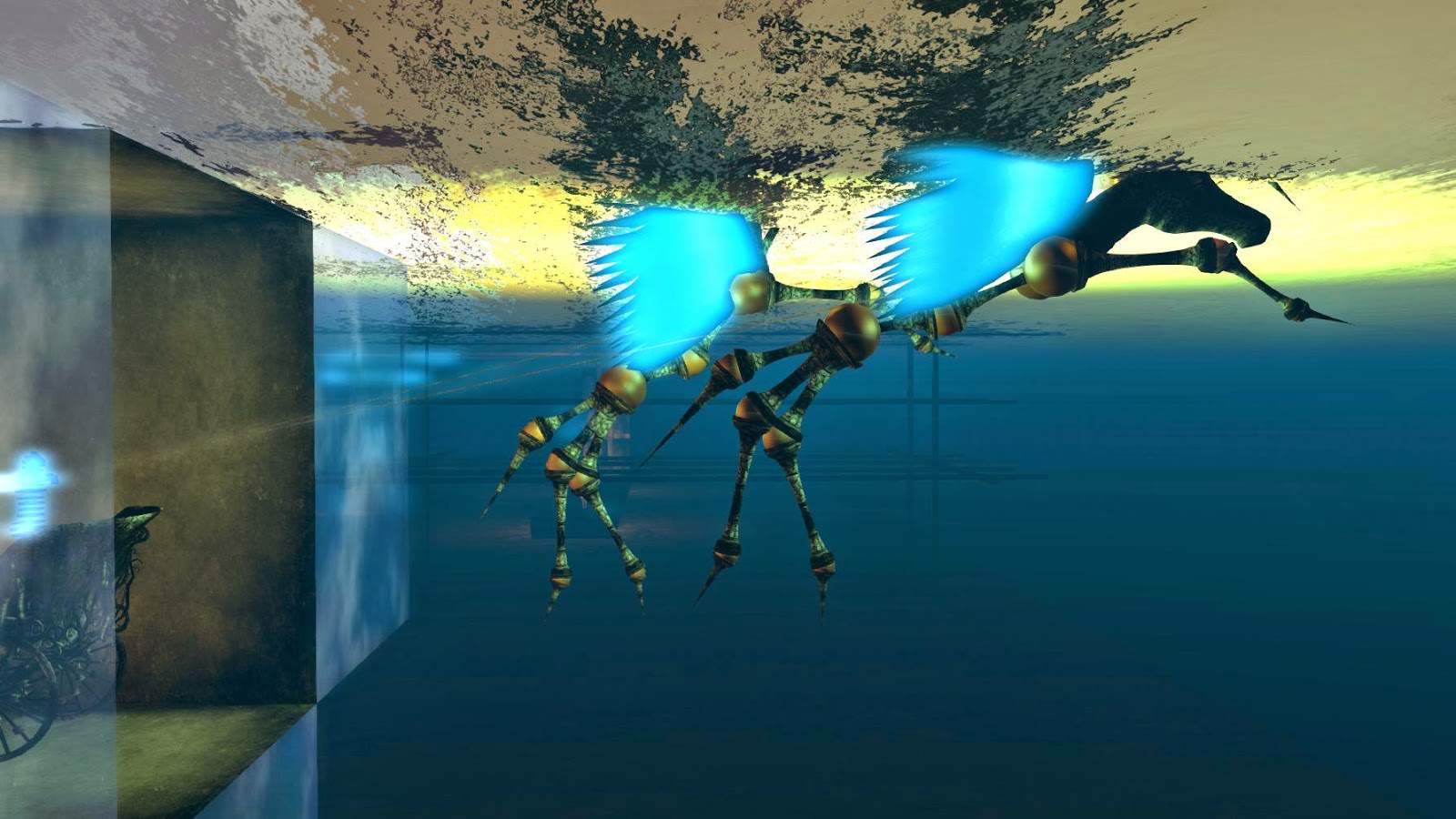 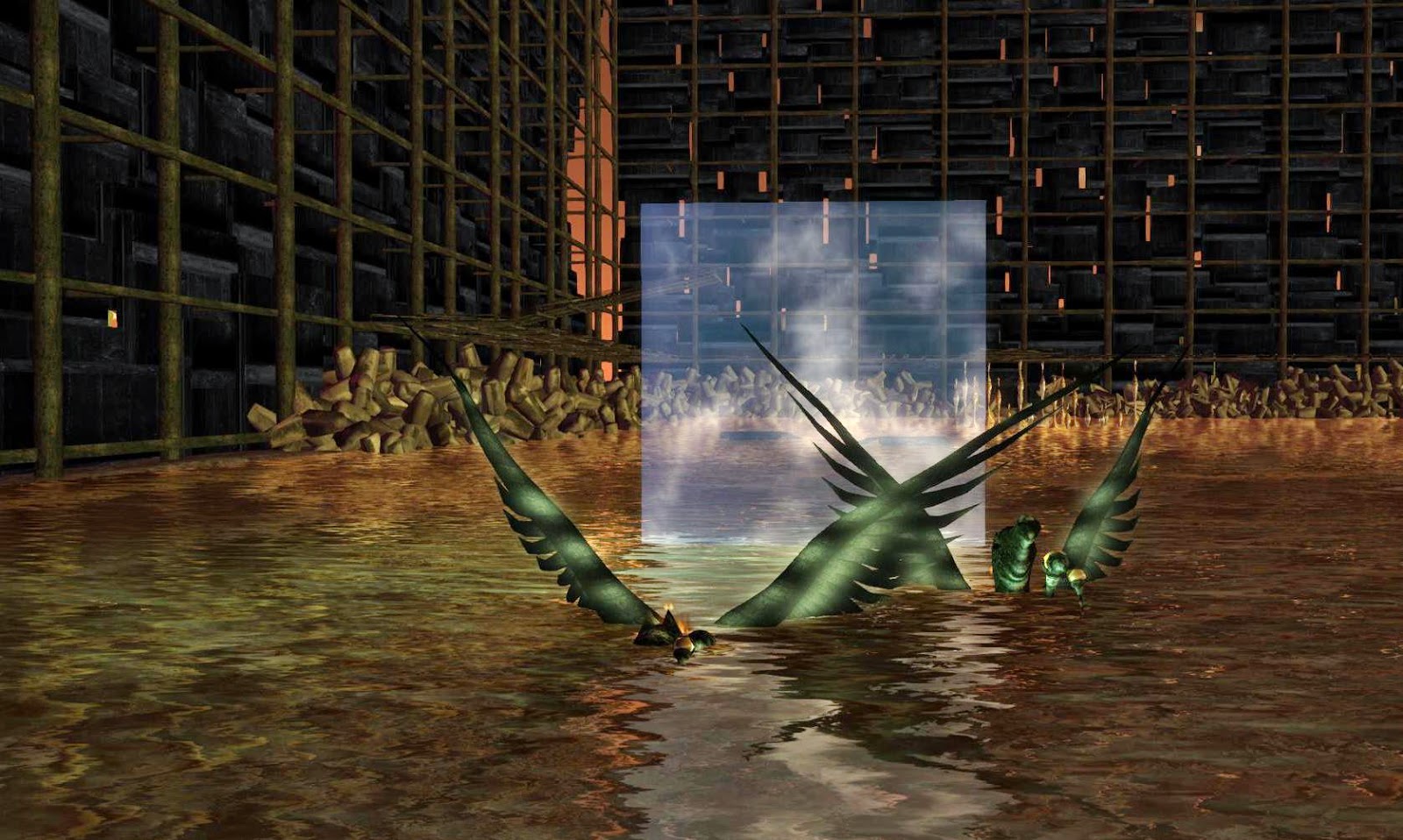 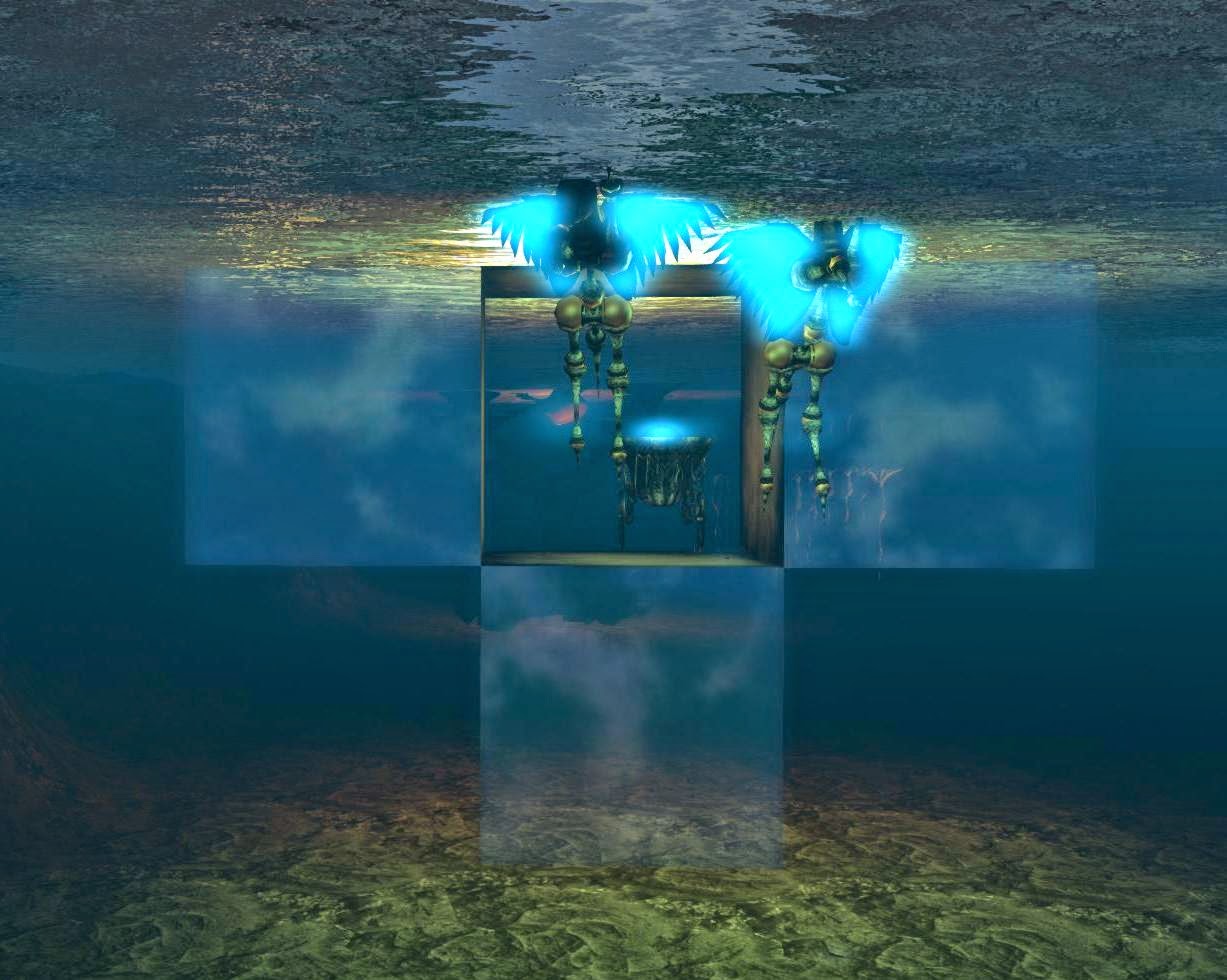