Blue Mars, the virtual world that stopped commercial development of its pc platform in January 2011.  In February 2012, Blue Mars announced that future development rights were given to IDIA Lab of Ball State University in Muncie, Indiana.  It took two years to see some tangible results, and they are impressive.

Last month, I wrote about two impressive new IDIA Lab virtualizations- the ancient Pantheon in Rome and Stonehenge, which was featured on the History Channel series "The Universe".


Six new virtualizations, shown below, have opened in the past several weeks-


Virtual Giza Necropolis in Egypt, known for its pyramids.

Virtual Izapa in the Mexican state of Chiapas.

Virtual Kitty Hawk in North Carolina in the United States -- location of the first manned airplane flight in 1903.

Virtual Chichen Itza in the Mexican state of Yucatán.

In addition, a beautiful simulation of a Mosque opened on Blue Mars this week.


You can visit all virtualizations, and some original Blue Mars attractions such as New Venice, by opening an account and creating an avatar, I give links for doing so further down in this article.

I provide information on all the new sites, together with photography of my Blue Mars avatar, Roger, visiting them below. Each site offers a map and information in the actual attraction, highlights of which I reproduce below. Virtual Giza and the ancient Mexican attractions offer alternative lighting including that for for the summer and winter solstice similar to that offered in Virtual Stonehenge (see link below).

These are great additions to Blue Mars which is rapidly gaining a new life as an educational platform.

To find our more about the IDIA Lab Virtual Pantheon.
http://eddihaskell.blogspot.com/2014/03/blue-mars-show-new-life-romes-ancient.html

To find our more about the IDIA Lab Stonehenge Project:
http://idialab.org/virtual-stonehenge/

To find out more about Blue Mars:
www.bluemars.com 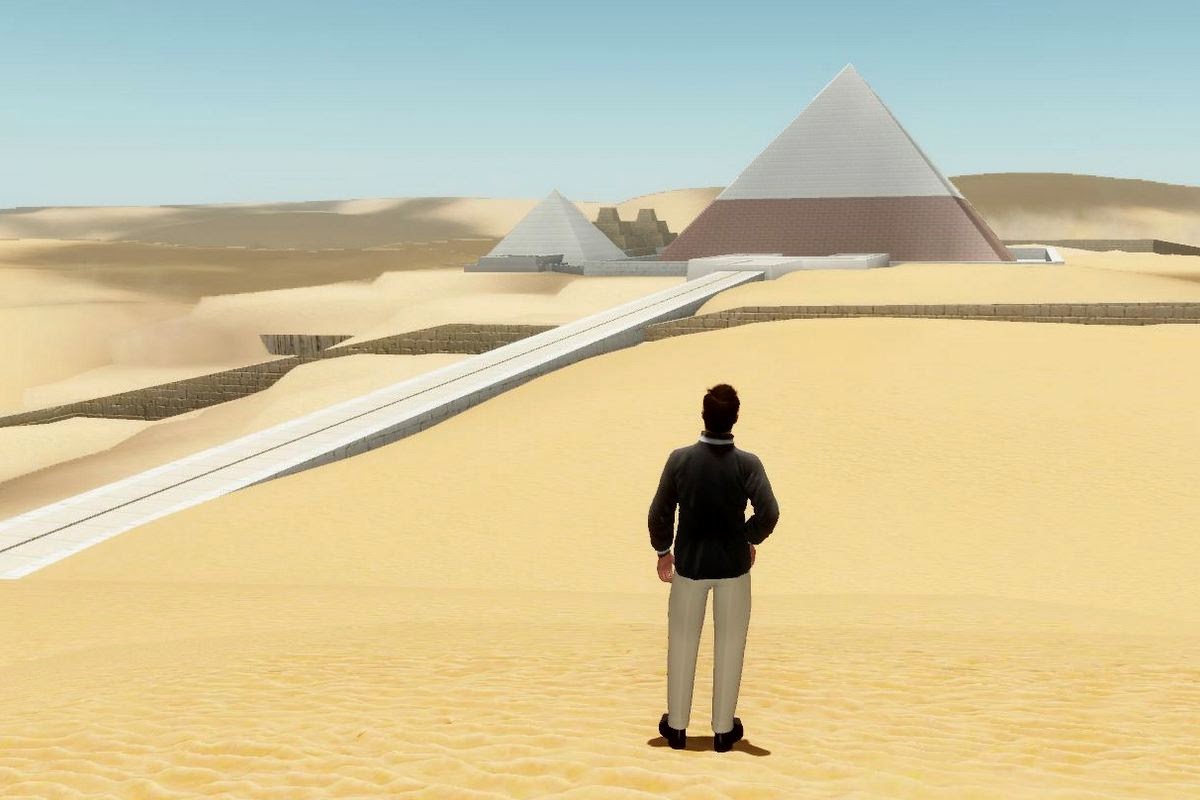 IDIA Lab's Virtual Giza Necropolis is an archaeological site on the Giza Plateau, on the outskirts of Cairo, Egypt. This complex of ancient monuments includes the three pyramids known as the Great Pyramids, the massive sculpture known as the Great Sphinx, several cemeteries, a workers' village and an industrial complex. It is located some 9 km (5 mi) inland into the desert from the old town of Giza on the Nile. The pyramids, which have historically loomed large as emblems of ancient Egypt in the Western imagination, were popularised in Hellenistic times, when the Great Pyramid was listed by Antipater of Sidon as one of the Seven Wonders of the World. It is by far the oldest of the ancient Wonders and the only one still in existence. 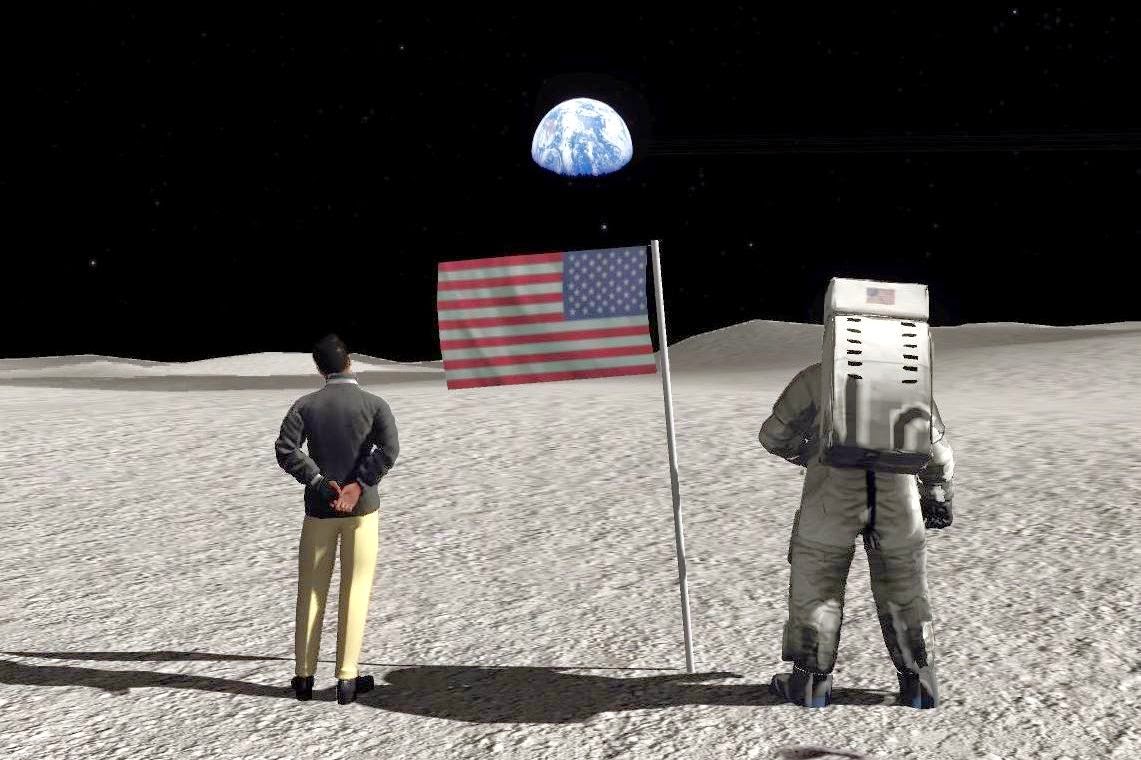 IDIA Lab’s Virtual Apollo 15 is a simulation of the mission which launched on July 26, 1971 from the Kennedy Space Center, at Cape Canaveral, Florida. During the launch, the S-IC did not completely shut off following staging for four seconds, creating the possibility of the spent stage banging into the S-II engines, damaging them and forcing an abort (the S-II exhaust also struck a telemetry package on the S-IC and caused it to fail). Despite this, the third stage and spacecraft reached its planned Earth parking orbit. A couple of hours into the mission, the third stage reignited to propel the spacecraft out of Earth orbit and on to the Moon.

IDIA Lab’s Kitty Hawk is a simulation of the moment recorded in the famous photograph of the flight of the Wright Flyer (often retrospectively referred to as Flyer I or 1903 Flyer). This flyer was the first successful powered aircraft, designed and built by the Wright brothers. They flew it four times on December 17, 1903, near Kill Devil Hills, about four miles south of Kitty Hawk, North Carolina, U.S. Today, the airplane is exhibited in the National Air and Space Museum in Washington D.C. 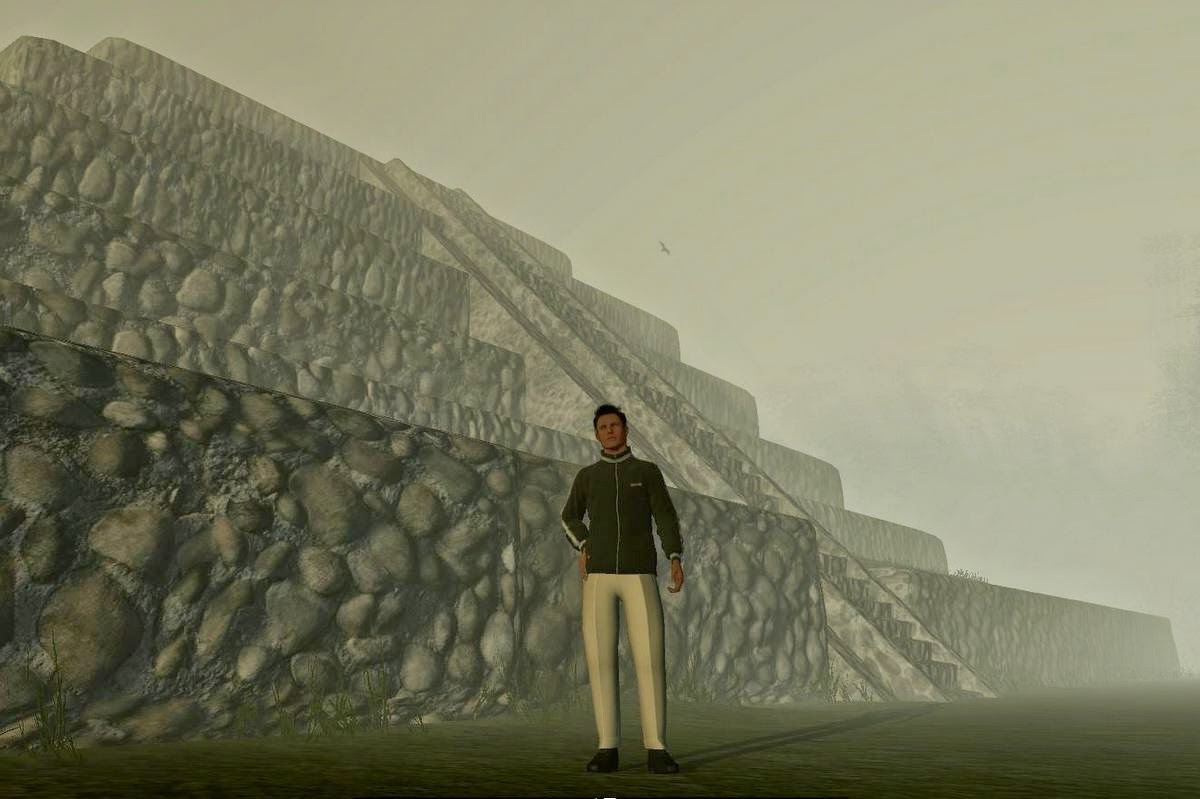 IDIA Lab’s Virtual Izapa, is a simulation of the site that is considered to be the birthplace of the Mayan Long Count, which ended its cycle today on December 21st, 2012 - the winter solstice. Viewed today, the site is oriented on an axis where it is aligned generally but not precisely to sunrise on the winter solstice and to sunset on summer solstice. In direct observation today, the alignment along the axis of the ball court from the throne number 2 to the stela number 60 is off-axis by approximately two degrees. 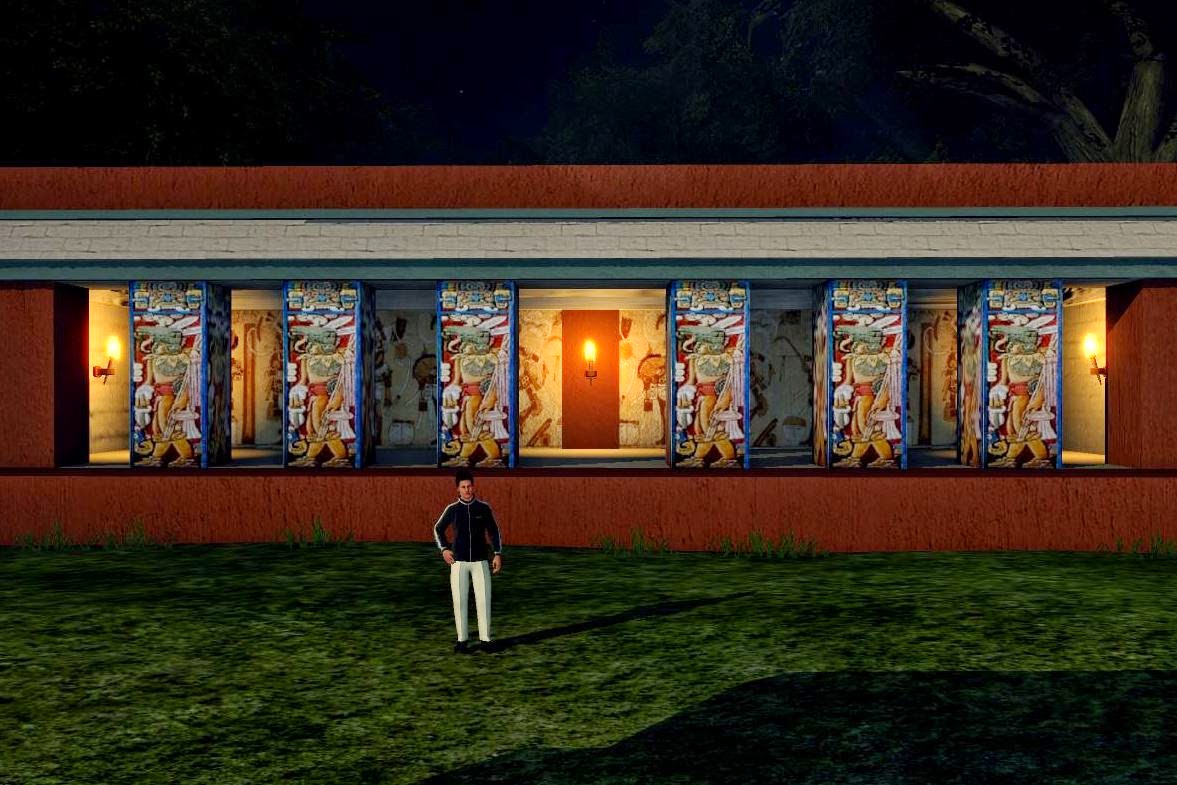 IDIA Lab’s Virtual Chichen Itza is a simulation of the large pre-Columbian city built by the Maya people of the Post-Classic era. The archaeological site is located in the municipality of Tinum, in the Mexican state of Yucatán.The layout of the Chichen Itza core site developed during its earlier phase of occupation, between 750 and 900 AD. Its final layout was developed after 900 AD, and the 10th century saw the rise of the city as a regional capital controlling the area from central Yucatán to the north coast, with its power extending down the east and west coasts of the peninsula. The earliest hieroglyphic date discovered at Chichen Itza is equivalent to 832 AD, while the last known date was recorded in the Osario temple in 998. 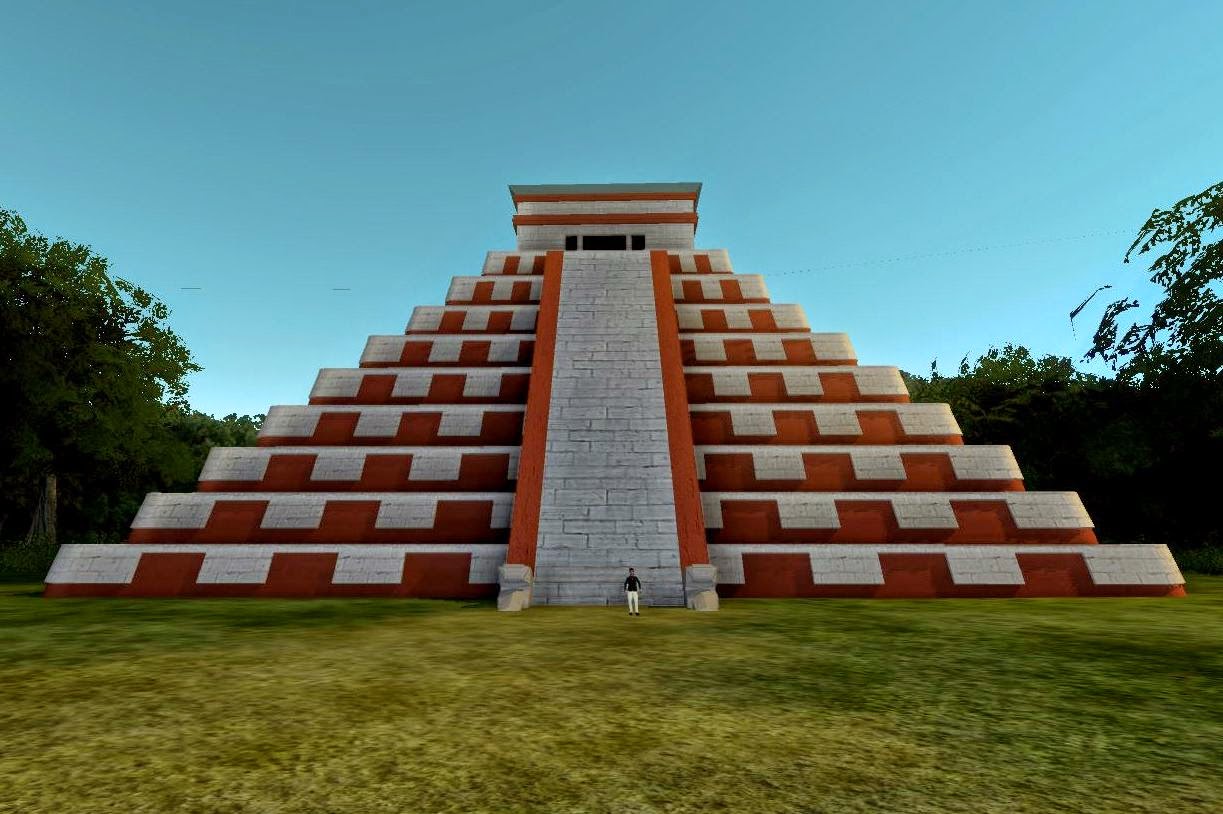 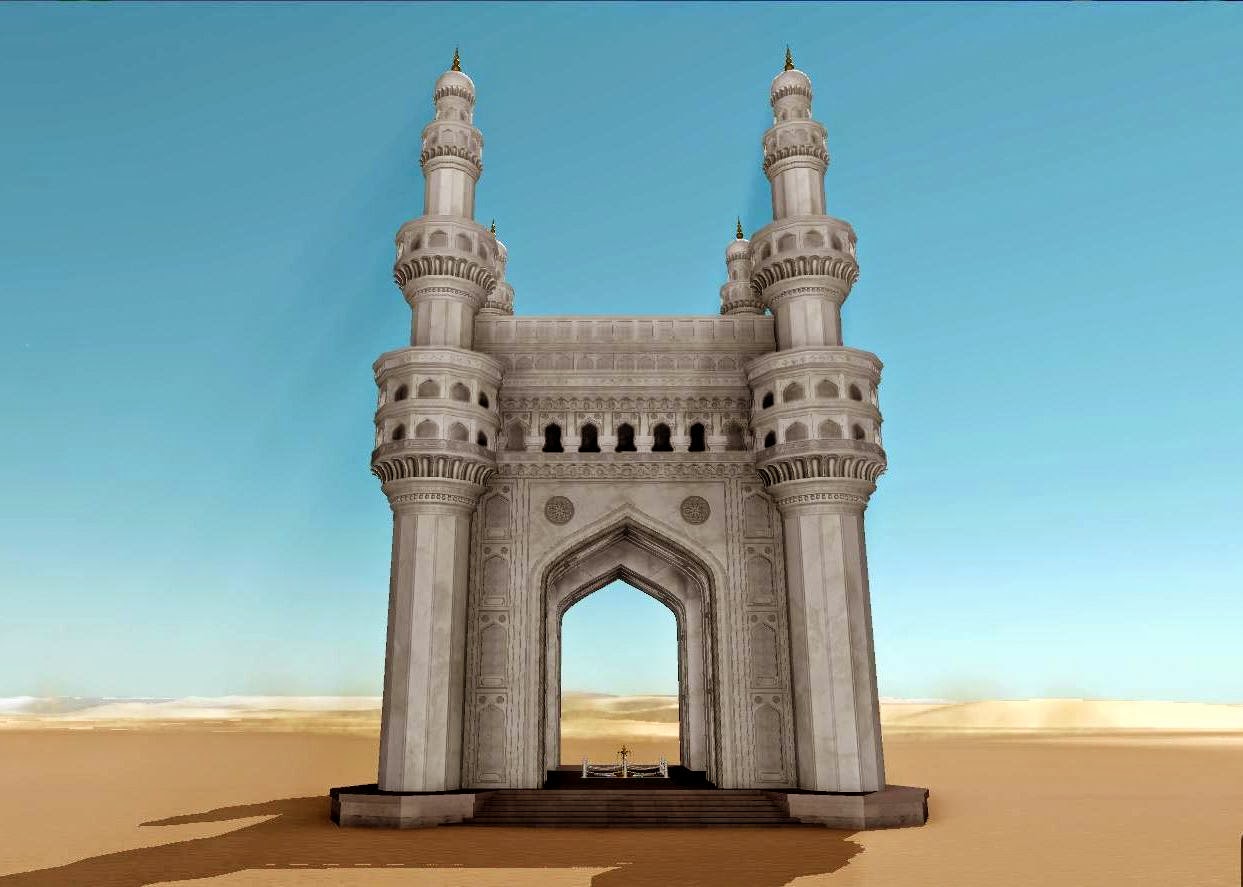 Although this is more of an architectural demonstration than a virtualization of an existing site, the Virtual Mosque on Blue Mars is gorgeously detailed and splendid in its desert setting. It is well worth a visit. 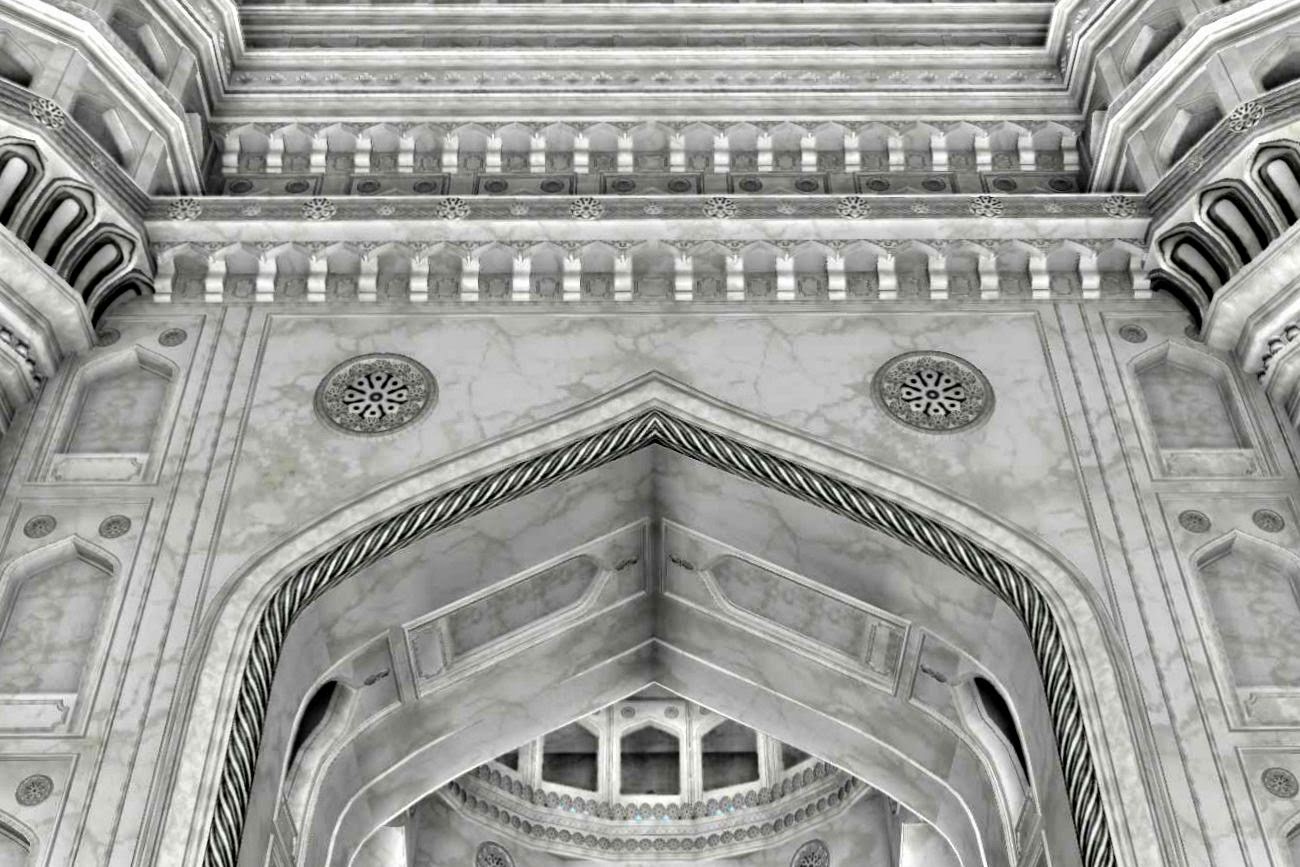