The Starfall art installation has four components.  I reviewed two components here yesterday-- Twilight, a very Zen- like above water landscape of rocks, trees, sculptures, and structures at sea level, and a lush underwater garden. You can see my review here:

I used  a bright Windlight Sky setting, "Analutetia-Avatar Opt", to take these images. 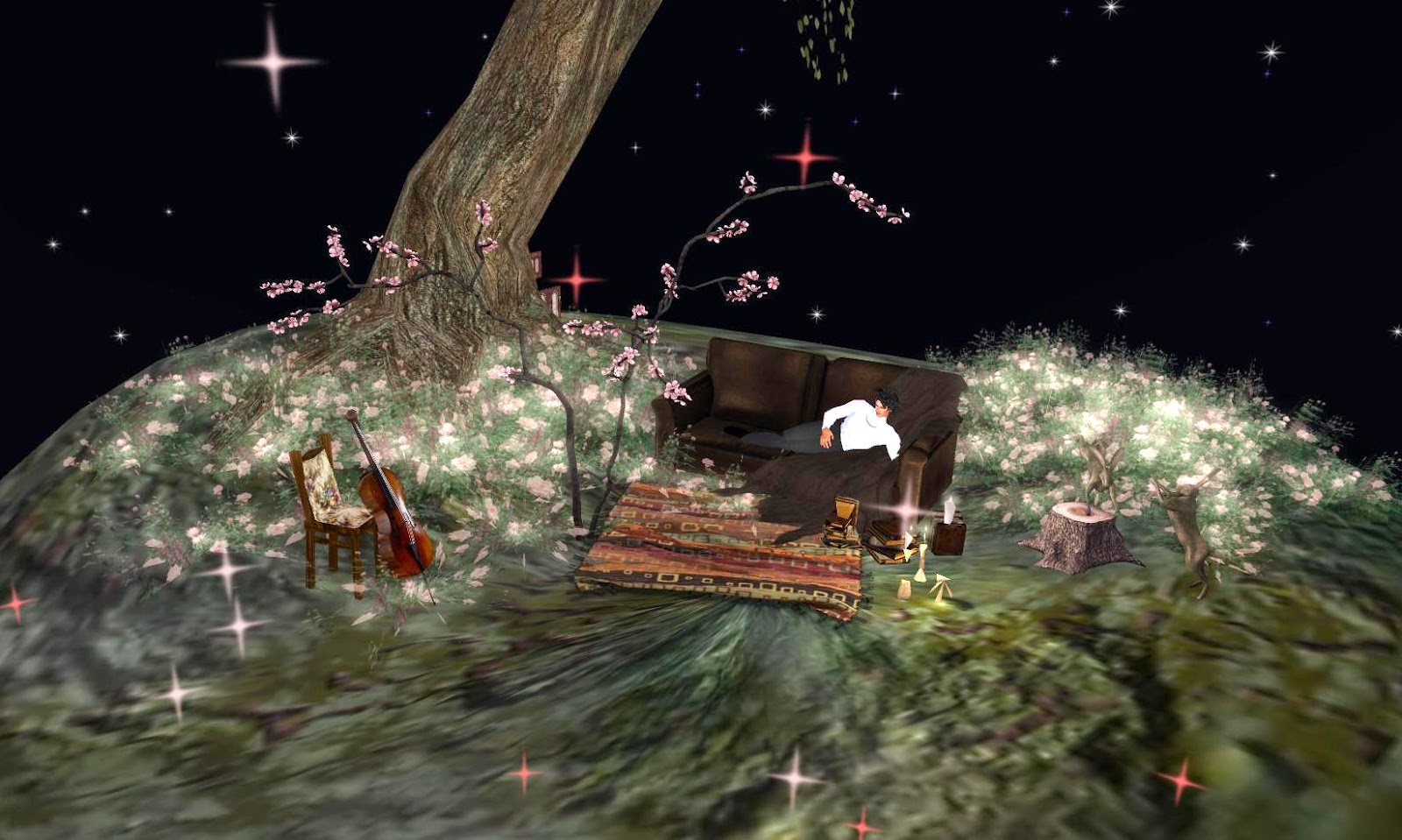 "Whale Song", which is show in the top four photos, can be reached via a ladder teleport at the ground level, or through the SLurl given below. It is very much a personal fantasy, centered on two illuminated blue whales high up in the sky, and several romantic sky islands which have couple cuddle animations. Stars twinkle, light rays shine, and great atmospheric music plays in the background. I particularly liked the revolving sheep which I show in the animated GIF below. 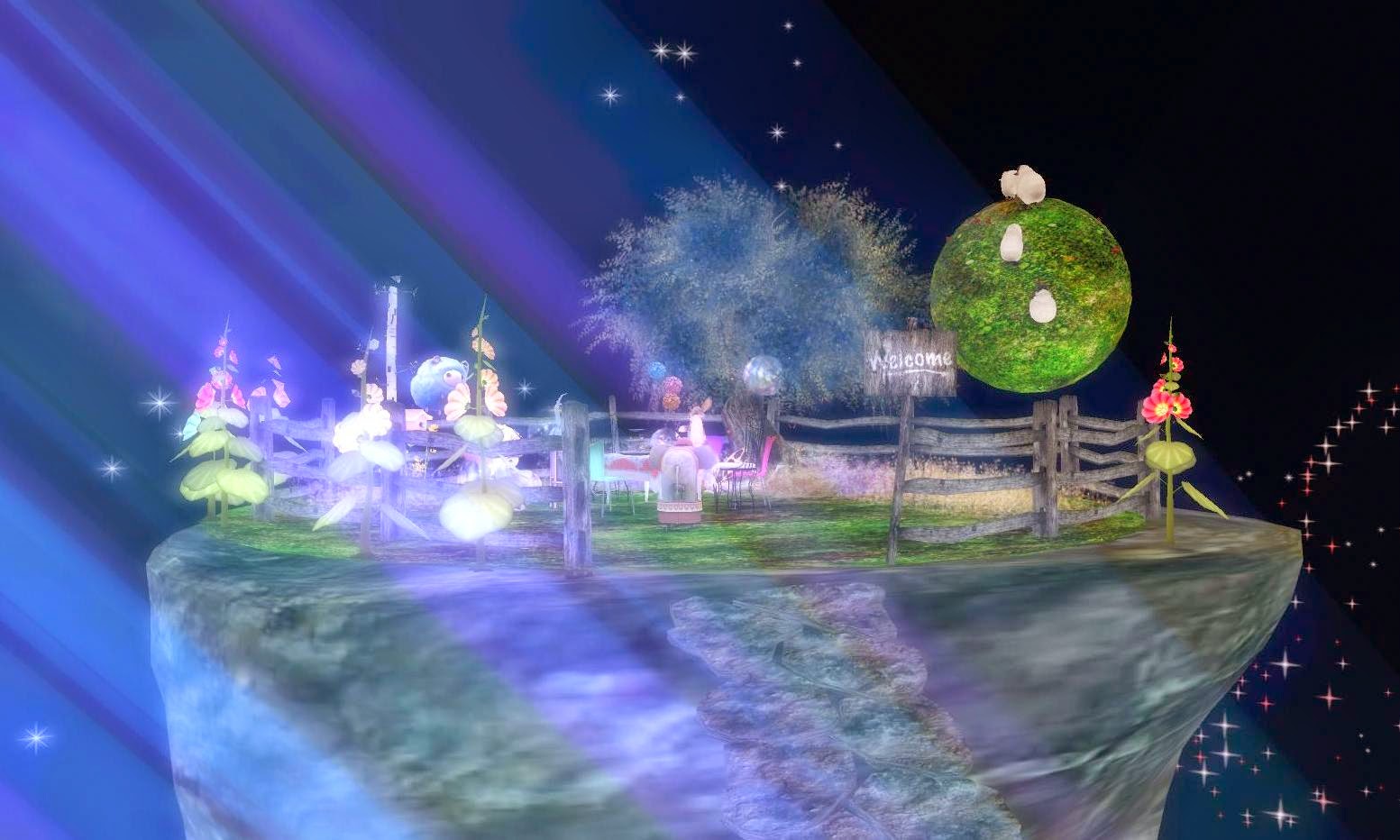 Midnight Orchard is a stylized venue in which a white grand piano can be played. Moving orchard-like plants, which I show in the animated GIF below, and similar to the ones which can be found underwater, sway to the beat of the music. There are less elements to view than Whale Song, which makes this a refreshing place to visit after you have visited all four parts of Starfall, which I highly recommend that you visit.

Here are the SLurl's to the rest of Starfall that I reviewed here yesterday: 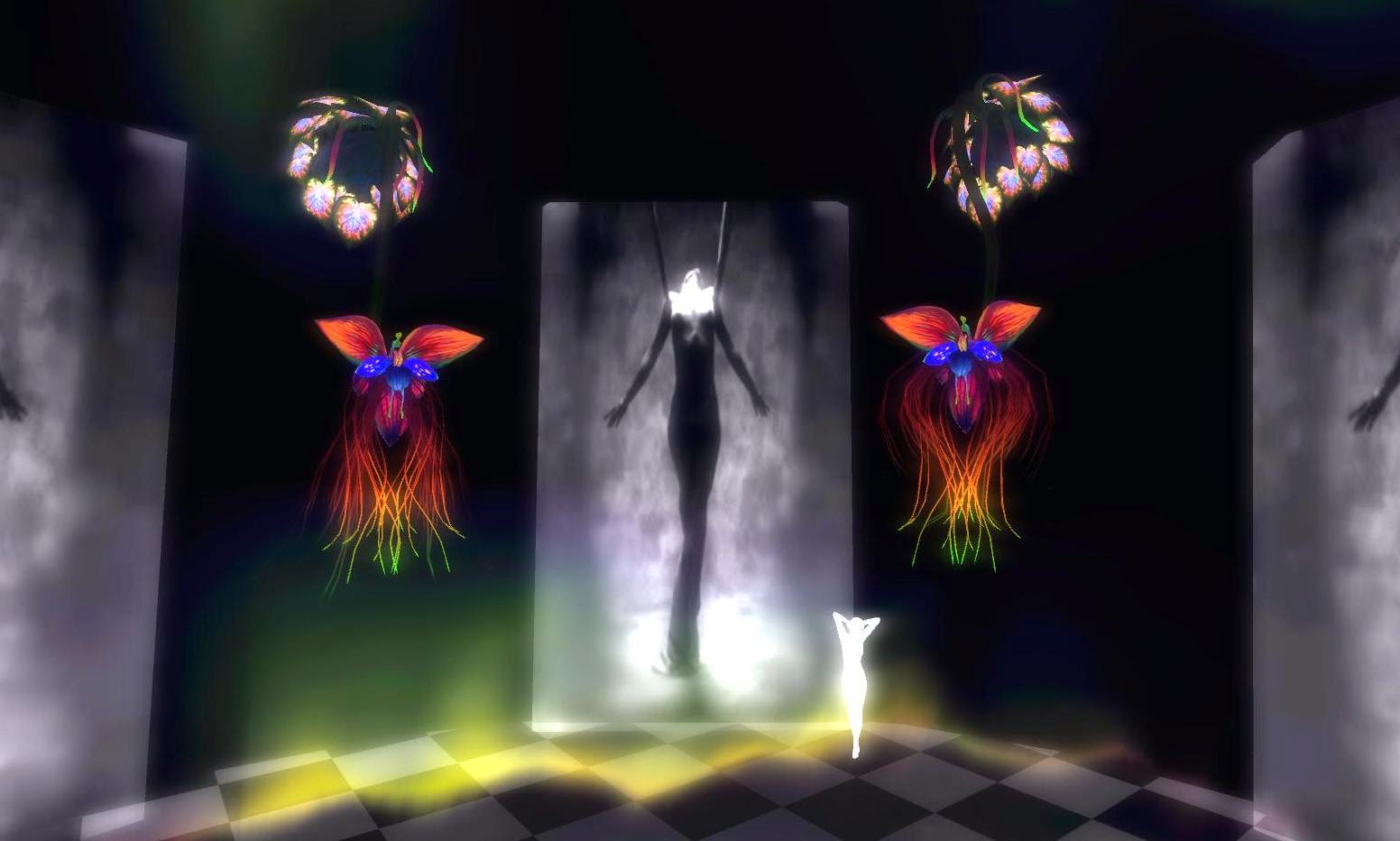 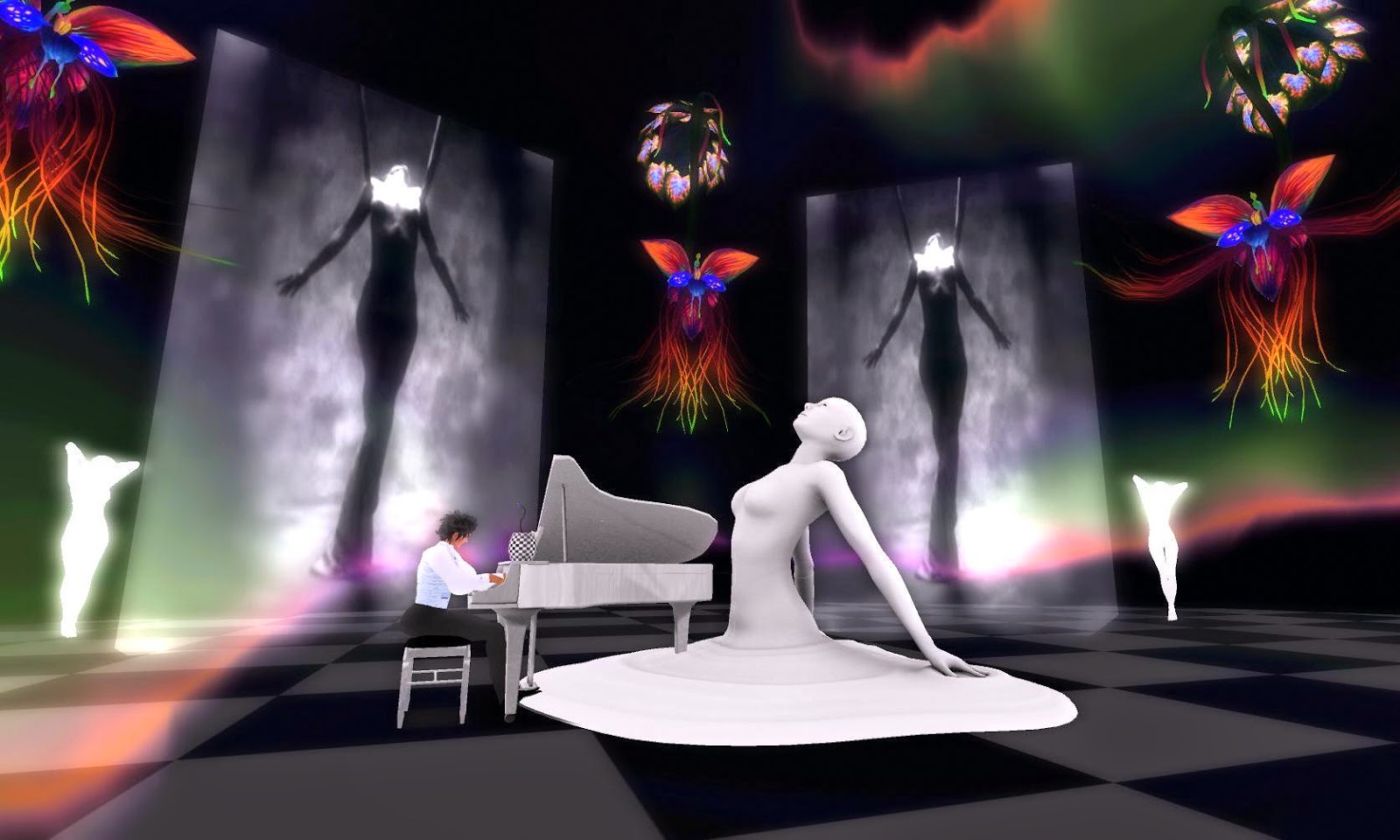 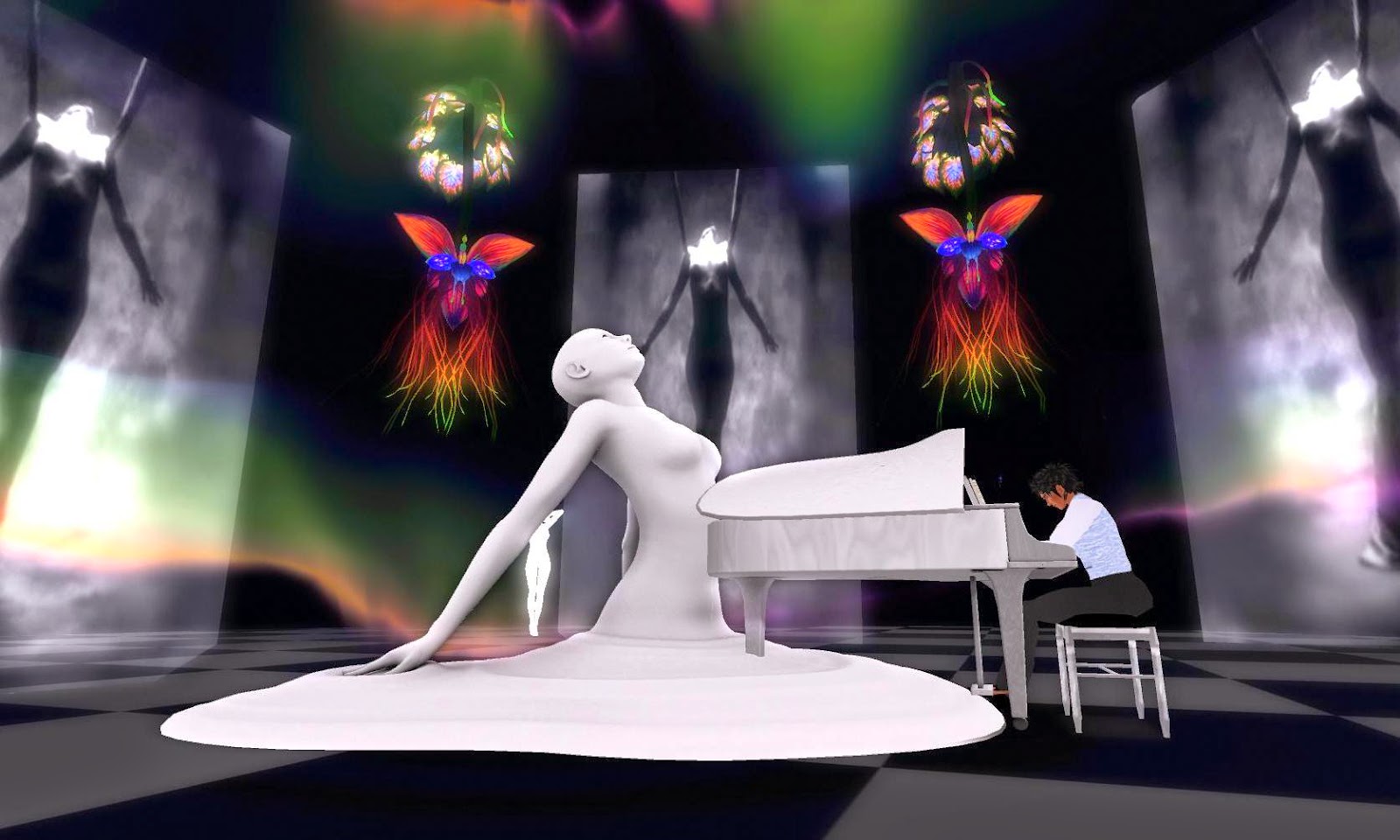