Why do I celebrate St. Patrick's Day If I am not Irish? 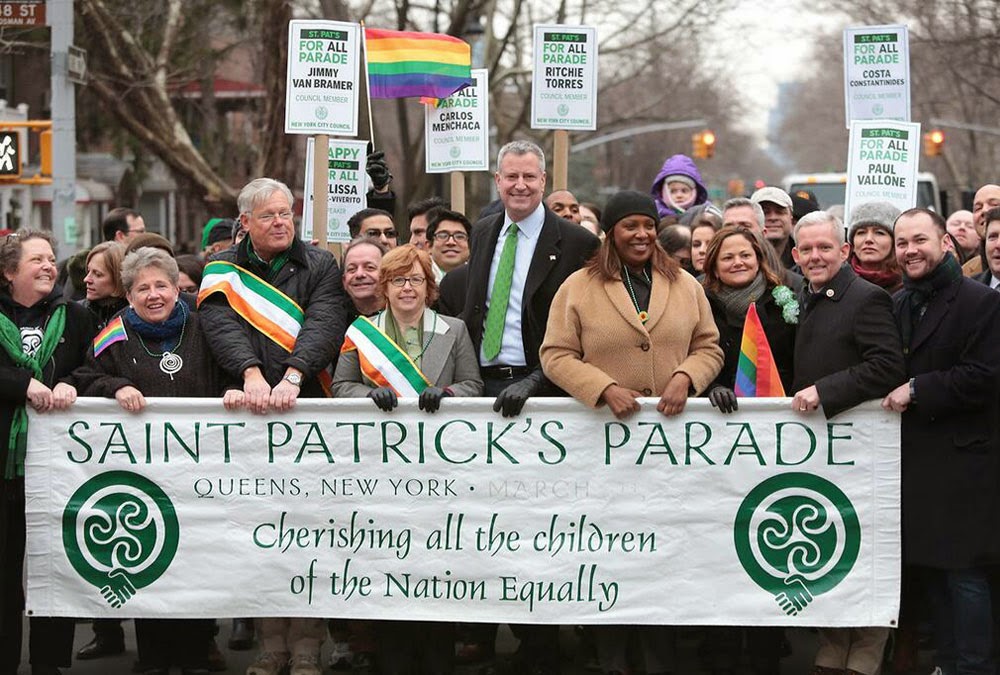 New York Mayor Bill de Blasio at the St. Pat’s for All Parade on Sunday, March 2.

I stand corrected!  I just found out to my great surprise that I am part Irish through a DNA test!  You can find our more how I found out that I am of Irish ancestry here:
http://www.eddihaskell.com/2014/10/ryce-finds-out-he-is-irish-on-his-sixth.html

Note from Eddi:  I originally wrote this post in 2010.  It was then picked up by Reuter's News Service and generated quite a bit of readership. I have run this post every year since,, and are running in again.

By now, you probably realize that St. Patrick's Day, the Irish National Holiday  that celebrates the patron Saint of Ireland, is a pretty big deal for me. This blog looks like the Irish Tourist Board web site for one thing. However, and this might come as a surprise, I am not Irish-American and do not have one drop of Irish blood in me. Although over 56 million Americans claim some Irish ancestry, I am not one of them. So why is it such a big deal here?


Simple. I am a born and bred New Yorker, always was, and always will be. And St. Paddy's Day, as the holiday is known in New York, is the most important public celebration outside of your own home- all year.  Christmas and Thanksgiving are more for spending time with family.  New Yorkers by the hundreds of thousands go out, drink more than a few beers with good friends, wear the green, and think about how great it is to be Irish, real or imagined, for the day.


Now St. Patrick's day is also a huge holiday in other American and Canadian cities, as well as cities around the world. But as far as I know, it is only in New York where just about everyone born there seems to think they have become Irish for the day.  Why is this? First and foremost, New York City is the largest Irish city in the world, with well over 1 million Irish – Americans. New York City has more people in it of Irish ancestry than any other city in the world.

The famous New York St. Patrick's Day Parade was first held in 1762 by Irish Soldiers in the British Army. By 1848, the Parade had become the largest  in the United States, and now has 150,000 marchers and 2 million observers in a typical year. Every politician who seeks election or reelection in New York  marches in a St. Patrick;s Day Parade - either the traditional parade down 5th Avenue, or the more inclusive St. Pat's Day Parade for All held in the borough of Queens earlier in the month.   And St. Patrick's Cathedral, the beautiful Gothic structure across from Rockefeller Center on famous Fifth Avenue, the street on which the parade is held, is named after the patron saint of Ireland himself. 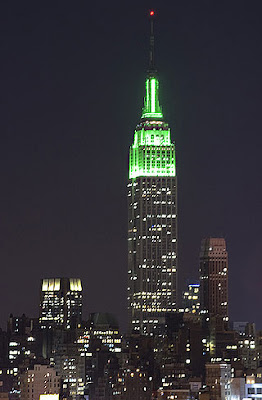 You cannot miss St. Paddy's day in New York.  The iconic Empire State building is lit green, and thousands of Irish flags are flown. But there is another reason why New York has made St. Paddy's day it's own.

New York City is, most of all, a city of immigrants. The torch of liberty did not just mean that people could seek refuge in New York; it meant that in a very short period of time those that stayed would actually become native New Yorkers and would no longer be outsiders. St. Paddy's Day is a New York celebration simply because New Yorkers know that it would be a much lesser place without the Irish, and has, since 1848, become world's greatest Irish city.  All New Yorkers become honorary Irish on March 17 as a result.