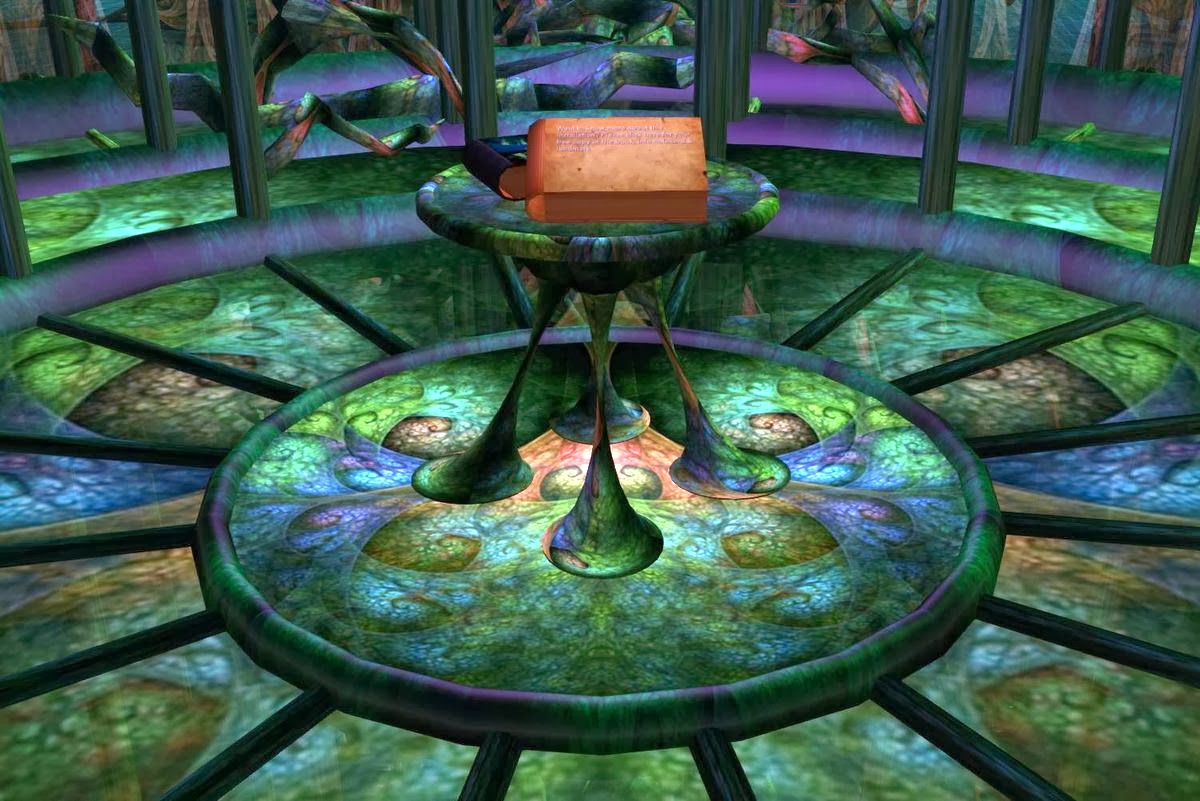 The {Lost} Garden Of Sundarya Lahari by Xineohp Guisse, which is in its first phase, is now open at LEA 13.  The exhibit is living and organic, the moving plant tentacles (see animation below) can give you an idea of what to expect in the exhibit. Bionic pods and strange creatures which you can interact are all part of the design. Music and sound are key parts of the exhibit so make sure these are enabled as you tour. HIghly recommended

I took these images with the deep blue/green Windlight Sky and Water settings programmed for the sim.

See Ziki Questi's photography and review of this destination:
http://zikiquesti.blogspot.co.uk/2014/02/the-lost-garden-of-sundarya-lahari.html

To find out more about the Linden Endowment for the Arts:
http://lindenarts.blogspot.com/ 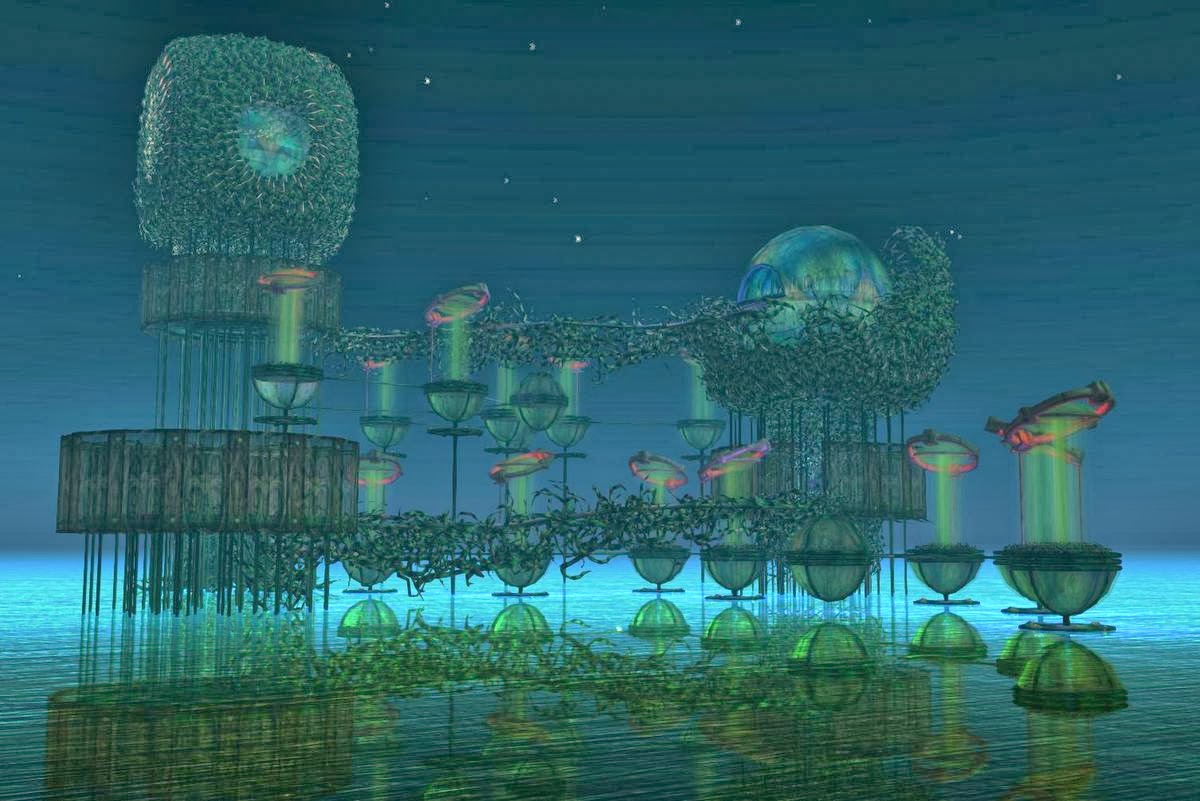 For the SecondLife LEA round 6 2014, I present to you Chapter One of my 5-month long build - The {Lost} Garden Of Sundarya Lahari.

The build is made up of two chambers on two towers:

1. An interactive chamber where avatars can move around, collide with the reeds and make their own music.

2.The main chamber; where the musical notes are being produced in a total unstructured fashion by the random collision of the creatures "the pentapuss". The creatures move/dance in an absolute random algorithm and upon collision with the reeds, the reeds produces the sound of a single note. Being executed in a completely random fashion, a musical score is created that is ever-changing and evolving... never the same. 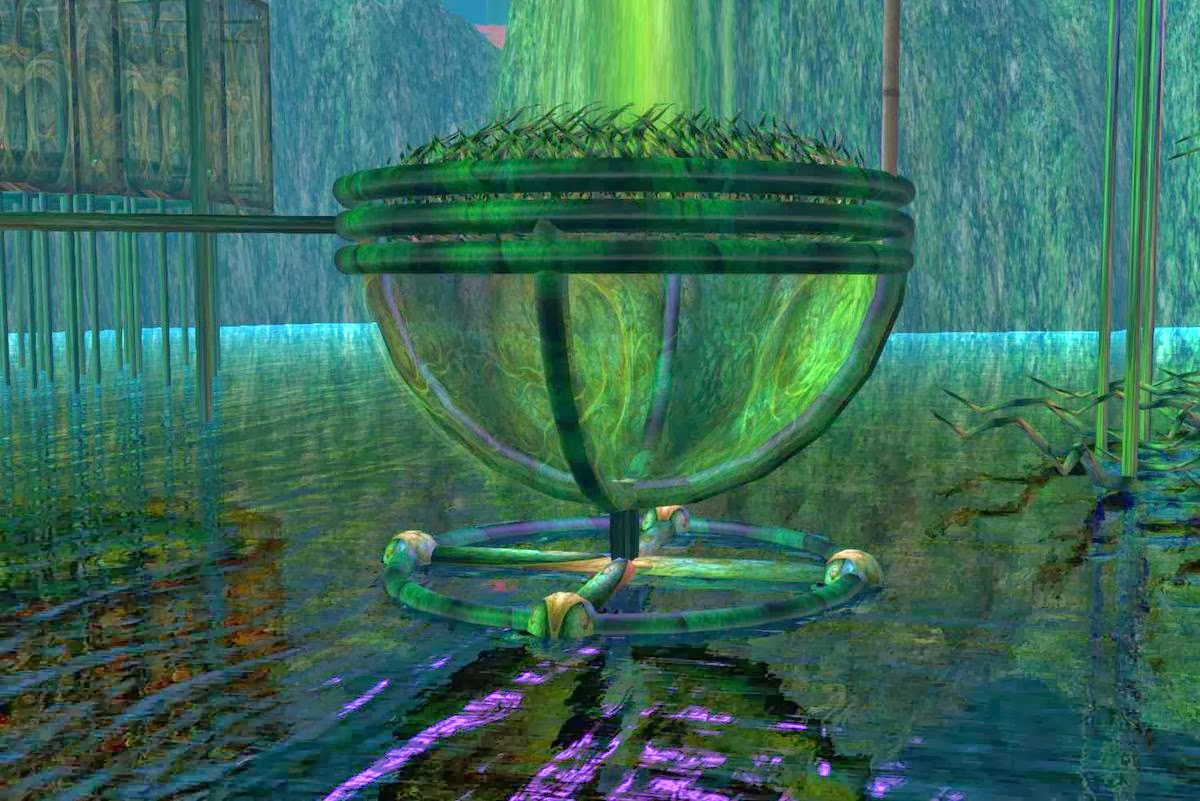 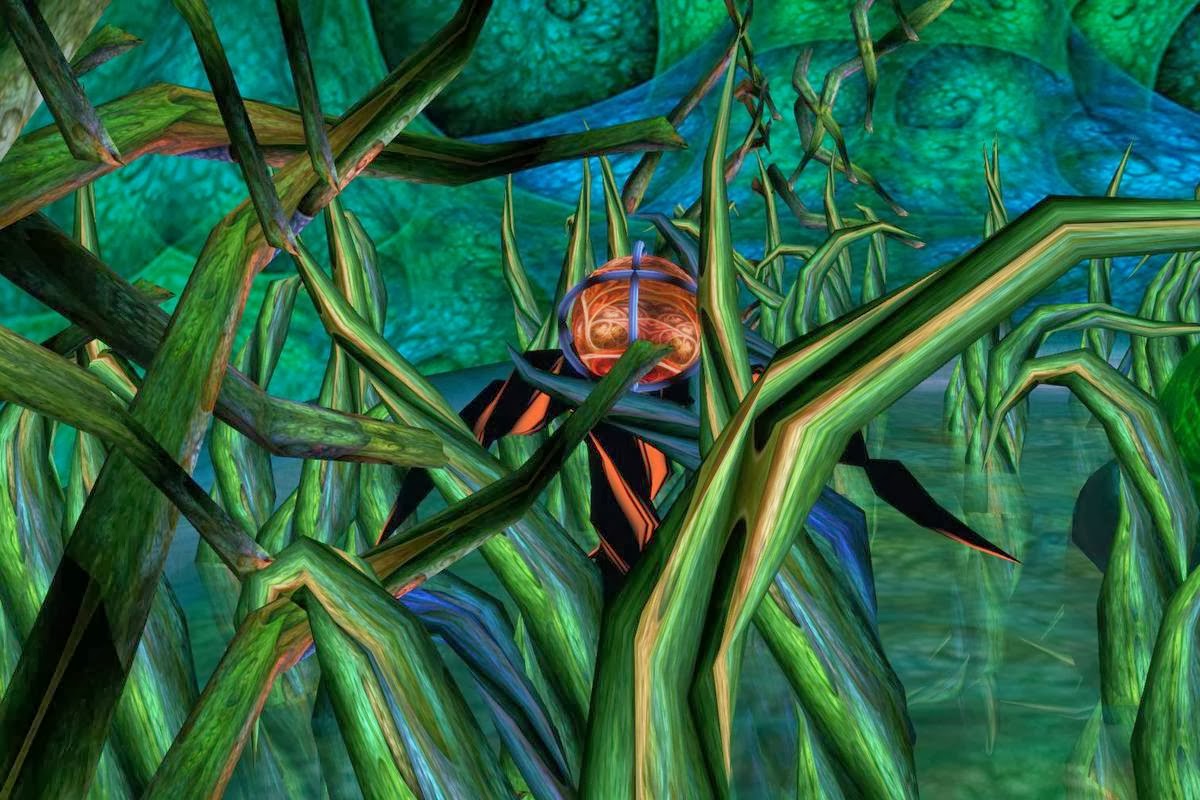 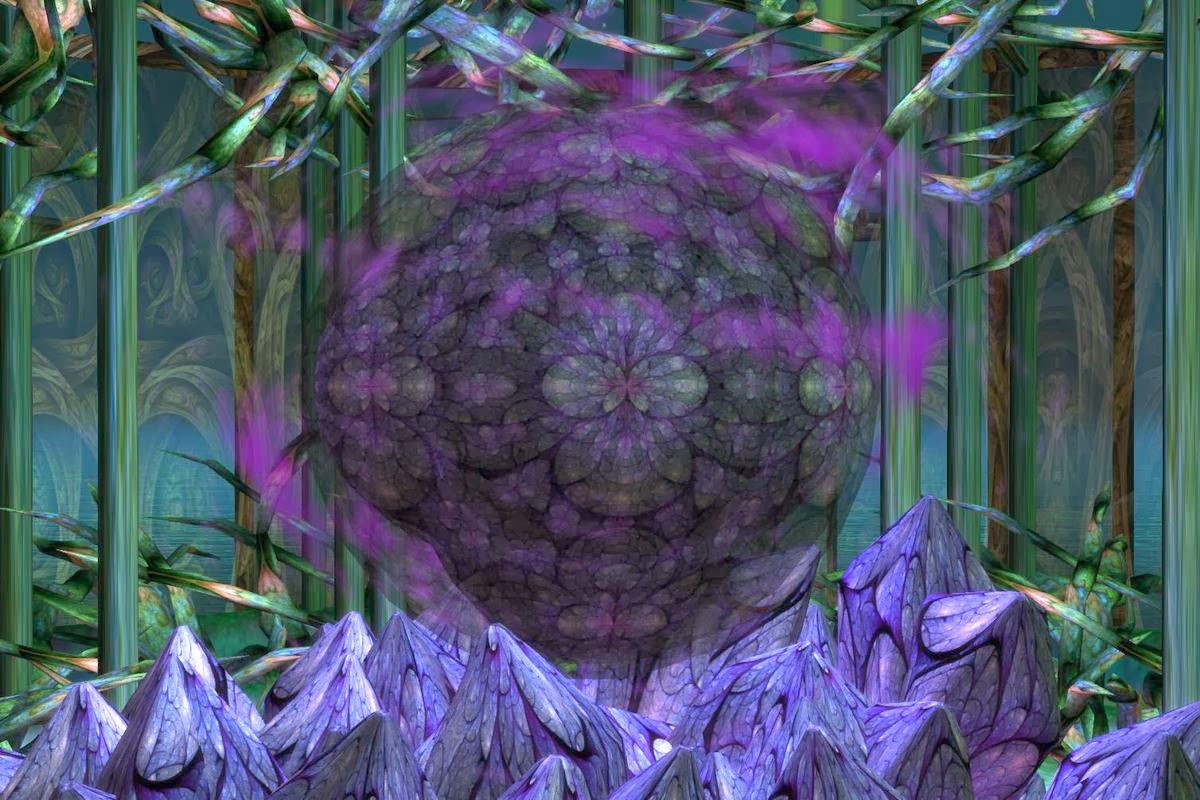 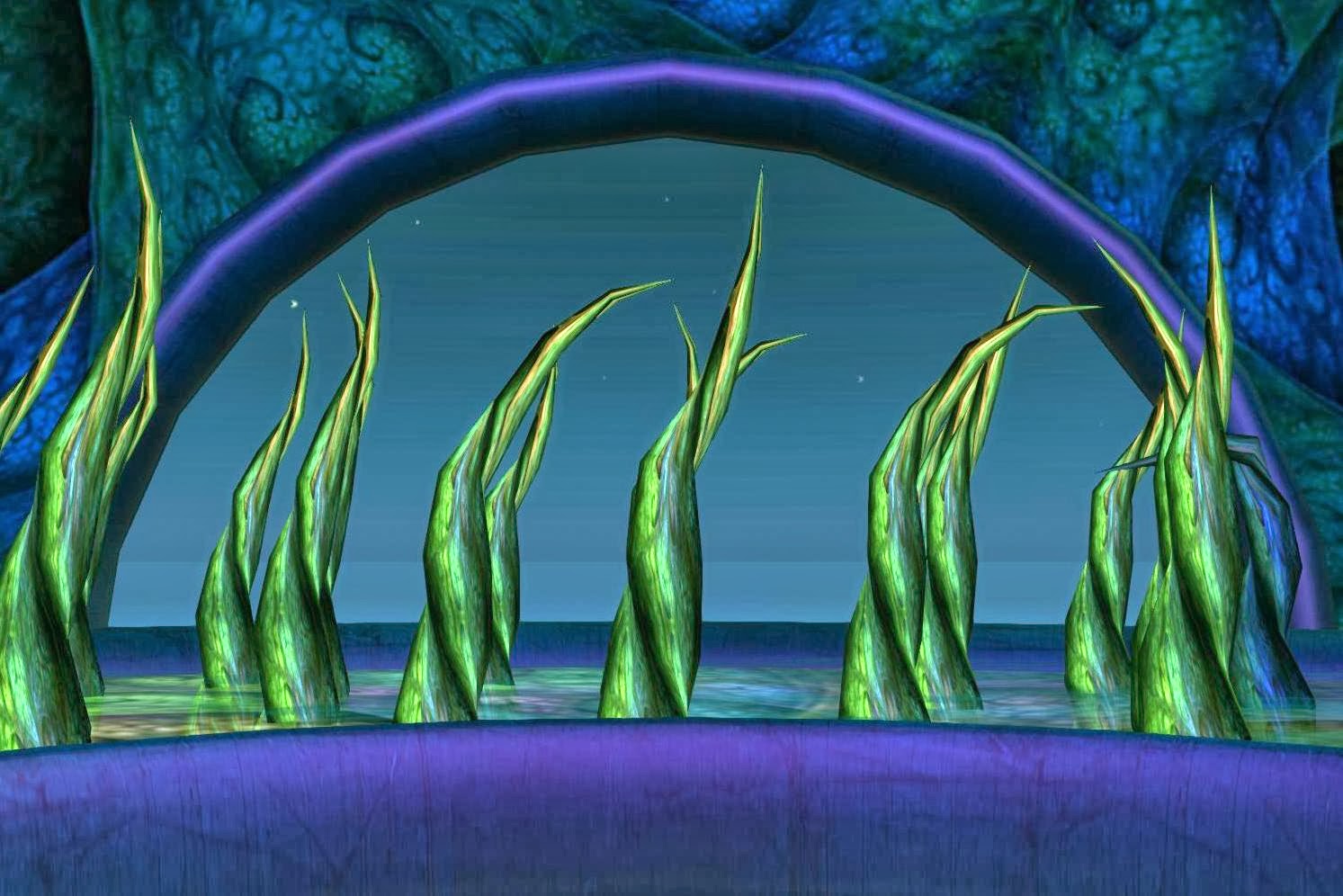