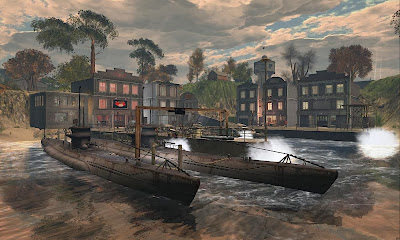 Templehof Hafen is set in Germany in 1945. The Second World War is about to end, and the town shows major bombing damage.  Submarines lie at anchor, and one can be seen circling off the coast.  Searchlights can be seen the sky in an ever increasingly futile attempt to shoot show Allied bombers. A V-1 cruise missile, the type that terrorized London late in the ware, can be seen ready to be loaded on it's launch track. However, the town maintains its fleshy delights. A pleasure-house (lusthaus) can be found on the port side to provide some fleshy pleasures to sailors on shore leave. The Templehof Theater, bombed but still functioning, and surrounded by bars, can be visited. All in all, this is one of the most clever and atmospheric destinations to visit in Second Life and is highly recommended. 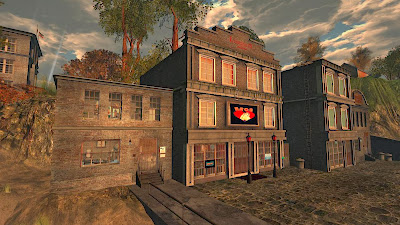 To see a machinima shot in the Templehof Theater by Vincente Nagy: 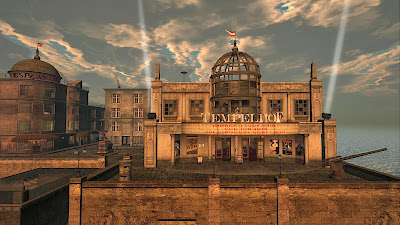 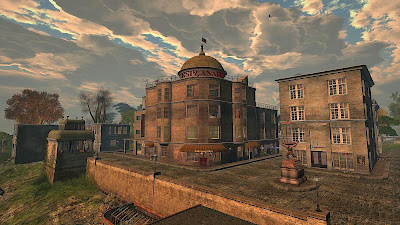 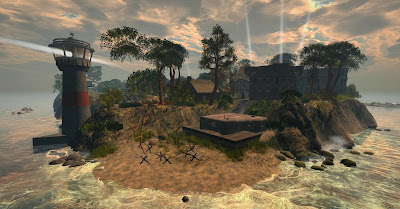 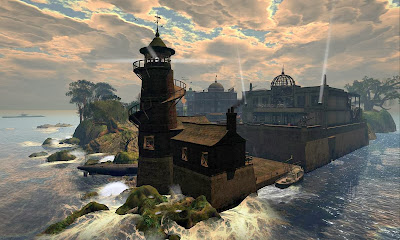 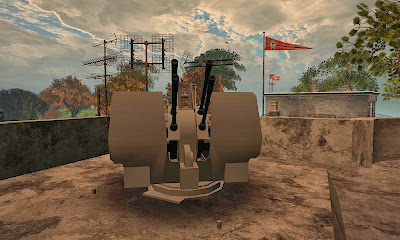 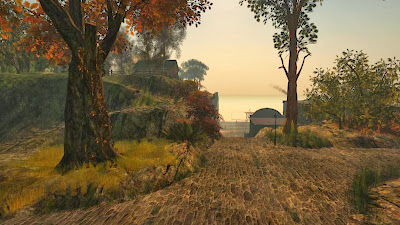 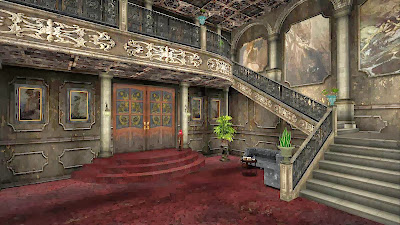 The images below were taken using the Dusk - Fairytale Glow Windlight Sky Setting. I like this setting for both interior and exterior shots for its three -dimensional qualities. 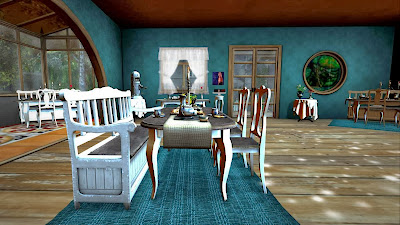 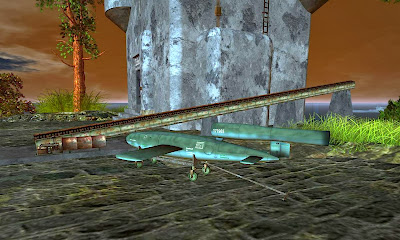 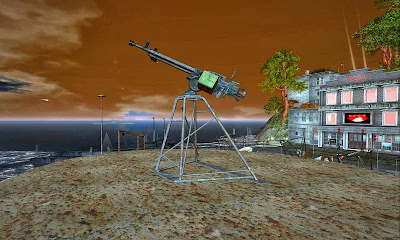 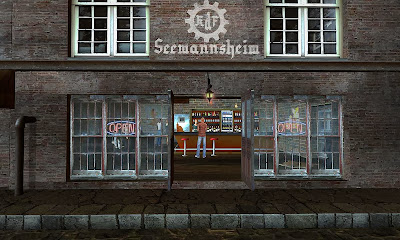 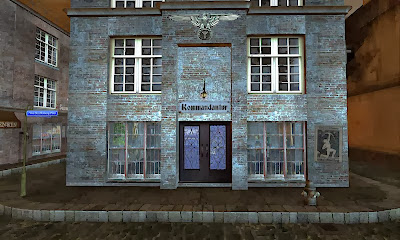