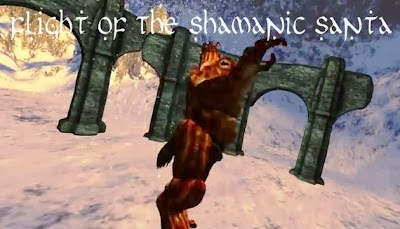 Celestial Elf, one of the great machinima artists of Virtual Worlds and Second Life, has a new work for the holiday season. The Flight of the Shamanic Santa tells of the origins of the legend of Santa Claus from northern European pagan traditions. Celestial Elf writes the following:

Most religious historians agree that during the Christianization of Northern Europe local traditions were incorporated into the new Christian holidays to make them more acceptable to the new converts, thus Saint Nicholas was elevated for his kindness to the poor and Santa Claus was created, a Christianized version of earlier Pagan gods.

Continued on Celestial Elf's blog The Dance of Life:
http://celestialelfdanceoflife.blogspot.co.uk/2013/12/flight-of-shamanic-santa.html 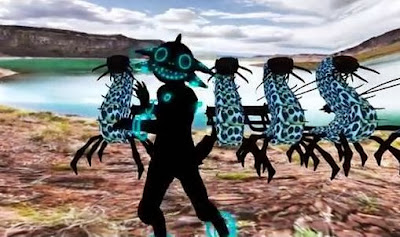 Celestial Elf has one new Holiday video which I will review here next week:
http://www.youtube.com/watch?v=MLBVMU9ulkE