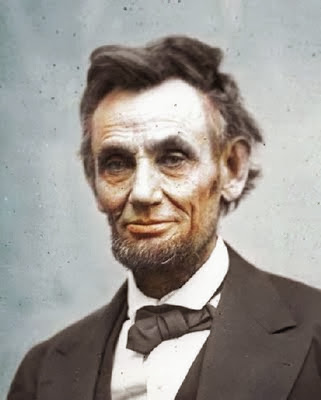 The Battle of Gettysburg was fought from July 1–3, 1863, in and around the town of Gettysburg, Pennsylvania between the two main armies of the North and the South. It was the battle with the largest number of casualties in the American Civil War, with total deaths being over 46,000 on both sides in a three-day period. Union Maj. Gen. George Gordon Meade's Army of the Potomac defeated attacks by Confederate Gen. Robert E. Lee's Army of Northern Virginia, ending Lee's invasion of the North.  If the South had won this battle, they very well may have won the war, since they very well may have cut Washington D.C. off from the rest of the country and weakened shaky Northern resolve to continue to fight.

Gettysburg was traumatic to both sides.  The populations of the United States and the Confederacy was only 31 million in 1863, 10% of what it is today. Deaths at Gettysburg would equal almost one half million projected to today's population in only three days, a huge number.

The Gettysburg Address, one of the greatest speeches ever written in the English language, and the most famous speech in the History of the United States,  was given  by President Abraham Lincoln on November 19, 1863 to consecrate part of the battlefield as a cemetery for both sides of the war.   It was not the official speech of the day -- this was a long winded two hour affair by a New England clergyman which has long been forgotten.  Rather, it was to be some informal and short words delivered by the President.

The speech, beginning with the immortal words "four score and seven years ago", was not written as a speech at all -- but as informal remarks by President Lincoln. The first line of the speech ends with the very reason the war was being fought --for the proposition that all men are created equal, including the 4 million African-American slaves whose lives were as a close to a living hell as can possibly be imagined.

This video below from the new movie Saving Lincoln conveys the emotional impact of this short and powerful speech on a wavering North which has come to honor the dead soldiers on both sides and commemorate the land in which they died as hallowed ground for all times.

Lincoln has no idea his speech would make such an effect, but the crowd that assembled knew that they witnessed one of the great moment of all time in the United States of America. The speech ended two minutes after it began with these words:

To find out more about the Battle of Gettysburg:
https://en.wikipedia.org/wiki/Battle_of_Gettysburg