Over 118 Million Americans Live in States Which Recognize Marriage Equality 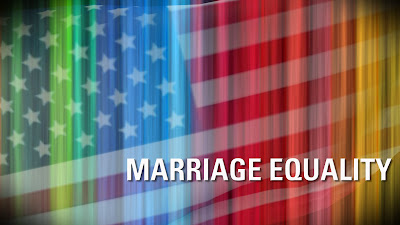 This post gives the situation of marriage equality in the United States as of today.  The situation is very fluid, with an increasing number of states coming onboard very quickly.

Over 118 million citizens of the United States live in states which now or will shortly recognize same-sex marriages.

This number is 38% of the population.

The only nation which exceeds this is Brazil, where 200 million people can now have a same-sex marriage if they wish.

The 16  States of the United States which now or will very shortly have full marriage equality:

The pacific state of Oregon, which prides itself on its liberal activism, recognizes same-sex marriages if made in another state of country. All Oregonians have to do is drive to California or Washington which are neighboring states to get married, and bring a certificate to be legally married. Oregon is expected to have full equality after the November 2014 elections when a ballot initiative should easily pass.

Same-sex marriages are now being conducted and marriage licenses issued in counties constituting 56% of the state's population. The State Supreme Court is expected to issue their decision on the matter in the next several months, they decided to hear the case on October 23 of this year. It should pass.

Several Indian tribes recognize same-sex marriages on their tribal land (reservations). A marriage conducted here is recognized by the U.S. Federal Government, and all the states listed above: There are seven tribal jurisdictions that legally recognize same-sex marriage: the Cheyenne and Arapaho Tribes, the Confederated Tribes of the Colville Reservation, the Coquille Tribe, the Little Traverse Bay Bands of Odawa Indians, the Pokagon Band of Potawatomi Indians, the Santa Ysabel Tribe and the Suquamish tribe.

Which states come next?

Many people are predicting that the U.S. Supreme Court will order marriage equality in all 50 states within the next two years. The right case that decides this needs to come from an appellate court, and this process is being put into effect now.

Most of the remaining states need to amend their state constitutions though ballot initiative in order for this to happen, unless state or federal court rulings make such a ballot initiative unnecessary. Important court cases in Virginia, Pennsylvania, Michigan, Nevada, and  other states are now waiting for resolution.

Whatever the case it is clear -- marriage equality is here to stay, and the tide cannot be stopped. More good news lies ahead. 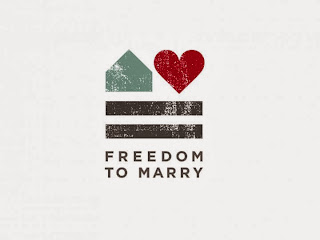