It it that Black Friday time of year -- I Review an Excellent Gaming Desktop Computer for $999.00 at Walmart Available Now

Black Friday, the day after Thanksgiving in the USA, which is next Friday or November 29 this year, is traditionally the best day of the year to purchase things like computers, televisions, pads and phones, and other electronic products. However, due to competitive retail pressures, Black Friday really is a time of year right now rather than one day.  If you are looking for a new computer, now is the time of year that you will find the best deals. You have to be careful, especially when it comes to computers, and make sure that you are not purchasing a computer which is very out of date at a bargain price -- all sorts of junk can be marked down for sale to the uninformed.

Some retailers have excellent computer buys up right now for purchase, and I am going to review a great buy I just found online at Walmart - the iBUYPOWER Black Revolt WA326B Desktop PC, which would be absolutely killer for running Second Life and most other gaming applications.

Here are my parameters for choosing a computer for a committed Second Lifer:

1. I prefer desktops to laptops for many reasons. Desktop computers do not overheat as much as laptops do (overheating is a huge pediment to great gaming performance). They are upgradable - it is far easier to replace a graphics card in a desktop than in a laptop. In addition, if you ever fry your motherboard, you will almost inevitably throw your laptop out, but can usually replace this in your desktop if the rest of your components are unaffected.

3. It must have an Intel processor and an NVDIA graphics card. AMD processors and ATI graphics cards are less expensive, but are not optimal for Second Life.

4. It must have a one-year warranty included in the budget. I would consider a quality refurb, but the more expensive warranty has to be factored in.

5. It must come with a Windows operating system.  Windows 8.1 (with the redesigned interface) or Windows 7 has to be included.

6. It has to have a minimum of 8 gigs of RAM and a 1 terabyte drive. Some may want more capacity, but for the vast majority of Second Lifers, unless you are into serious content creation, this is more than enough. Both are easily upgradable. 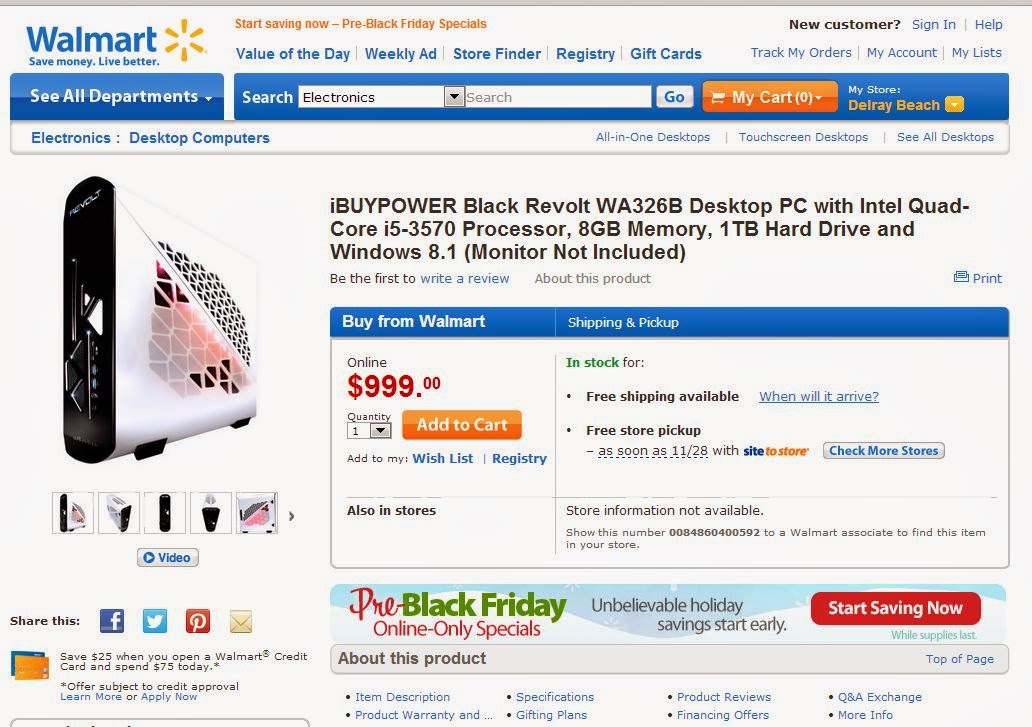 Now before I continue you are probably asking yourself why anyone would want to purchase a computer at Walmart or another mass-market retailer. Some of you may be boycotting Walmart right now, since their treatment of their workers is absolutely medieval - especially now that they are being coerced into working on Thanksgiving Day itself. But the reason why you might want to purchase a computer at a place like Walmart, Sears (which also has gaming computers on sale), or Costco is simple. First of all, they should have something in stock -- or the ability to get it for you quickly.  If you wish to return the computer, for whatever reason, you have 15 days to do so at Walmart and simply have to drive to the store and hand it back for a refund. Doing this with a purely online retailer can be incredibly time consuming and tie your money up.

The computer I am reviewing is manufactured (assembled is a better way to put it) by IBUYPOWER. Although this company (and their competitor, CyberPowerPC, which could be owned by the same corporation for all I know) sell most of their products directly, they do make use of mass-market retailers. But here is a warning:  If you buy directly from them, you can customize and get some great deals -- but do not believe them if they say delivery takes two weeks. Expect it to take much longer this time of year.
You will find that unless you are a retailer, you cannot assemble all the components, including the operating system,  in one of their desktops at their price. They are great bundled buys.

The Black Revolt computer I am reviewing meets all the minimum requirements I set above. But the reason why it is so good is it's Intel I5 processor, and NVDIA (GeForce) GTX660Ti graphics card. Both are superb, and perform better than much more expensive alternatives. Passmark Software has some excellent benchmark numbers available on their web site, which I show below. Athough there are some AMD processors that perform as well at a slightly lower price point, remember that Intel is preferable for Second Life due to its component architecture.

The real star in this configuration is the NVDIA GeForce GTX660Ti graphics card. It simply is a killer product, and incredible at it's price.

One additional item you will need is an extended warranty if you purchase a computer. I recommend a three year warranty. Although Walmart offers its own service plan, I always use Square Trade, which is a bit more expensive. I have had very good luck with Square Trade in the past -- you can read about how they replaced one of my computers last year which had its power supply blow up here:
http://eddihaskell.blogspot.com/2012/01/my-square-trade-warranty-pays-out.html 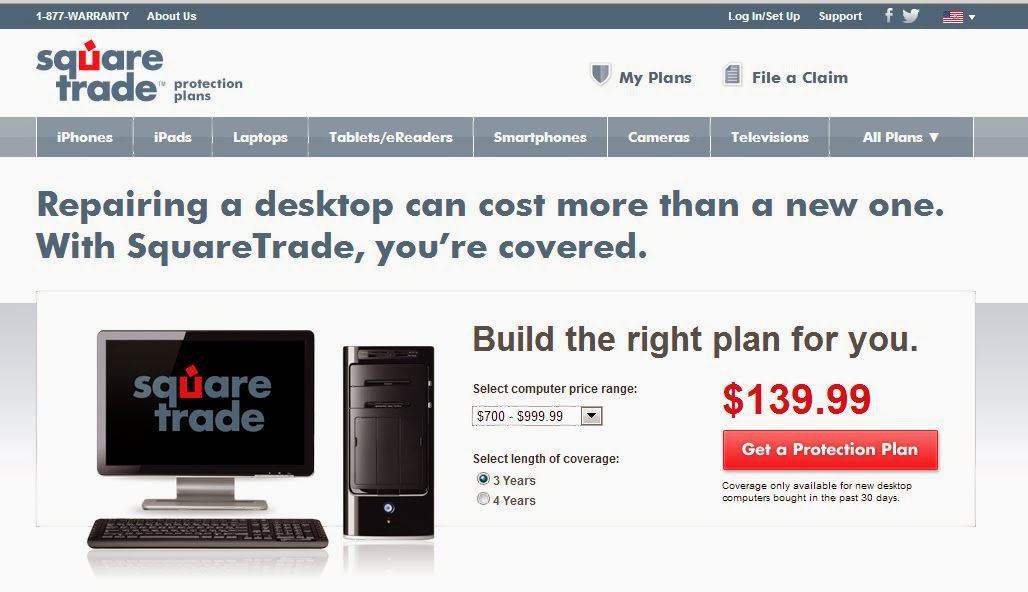 This is my first Black Friday review of the year, and a good one.  You can read more about this computer here. Note if you are not in the United States, you can probably find something similar at a retailer in your home location.