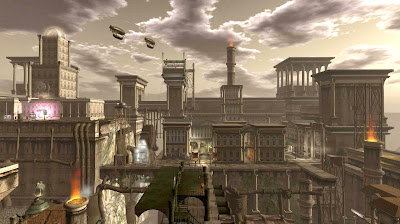 The Forgotten City is an incredible Steampunk-type build based on a city from the 1900 - 1920 period. Due to a judicious use of textures and prim builds, the city appears to be far larger than one Sim in size. Canals and overhead bridges permeate the city, and Zeppelins and submersibles are part of the cityscape. It is one of the best builds in Second Life.  You can teleport to see the winter ski jump build and toy factory built on huge skyboxes at higher levels. 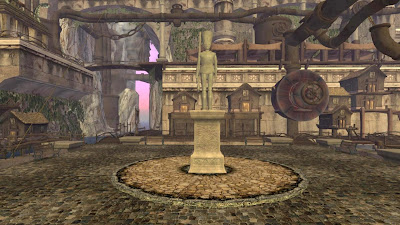 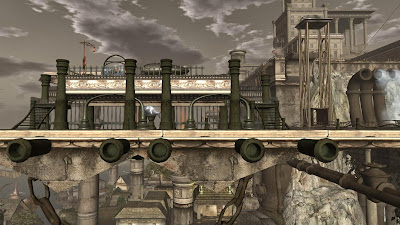 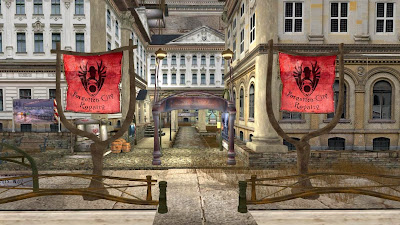 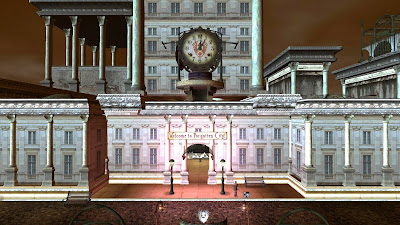 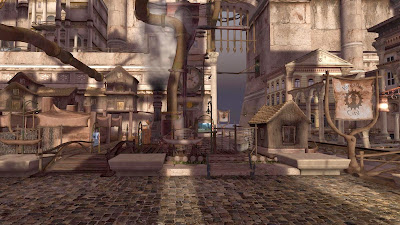 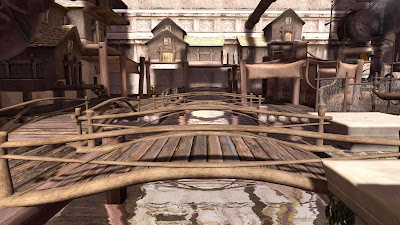 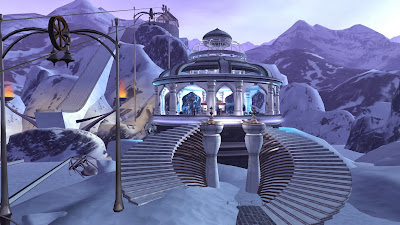 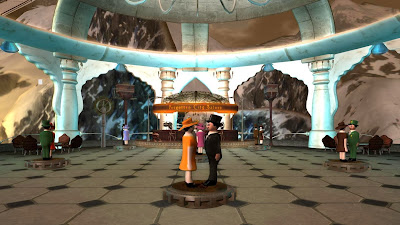 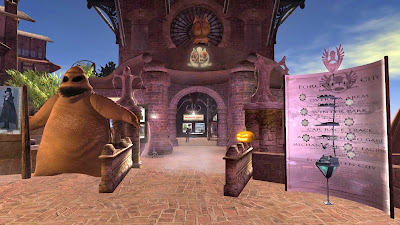