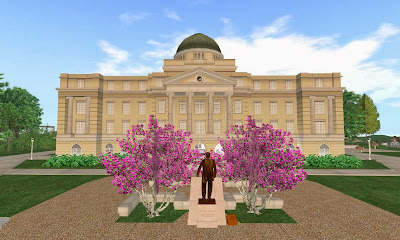 The  image of a large State University in the United States, with bell towers, acres of manicured gardens and trees, and large domed and columned libraries and academic building placed around a central court area is iconic.  I needed to find a photogenic Second Life campus to photograph Ryce Skytower practicing football in his custom Kaid Hawker varsity jacket which you can see him wearing in the last photograph on this page.


I found a great virtualization  at the Second Life campus of  Texas A & M University, one of the largest and wealthiest American public universities which is based in College Station Texas in real life.
Texas A & M  has  a 7 sim campus that is very well done.  The detailing of the central building dome, interior of the library and student union, and campus monuments are very well done. 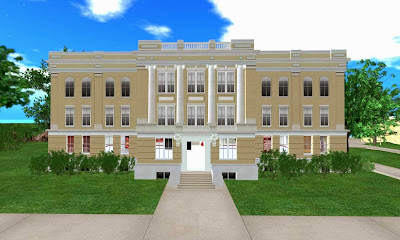 Texas A & M Second Life is a working campus, although the place was deserted late at night when I took these images, I could see evidence of quite a bit of education usage across campus. Highly recommended for a visit, since Linden Lab has once again targeted education as an area of growth in Second Life

To find our more about Texas A & M in Second Life visit this web site:
http://its.tamu.edu/Services/Systems/Second_Life.php

To see a fascinating machinima of how Second Life is used at the  Texas A & M Veterinary School:
http://youtu.be/I5VXf5Ky5ms 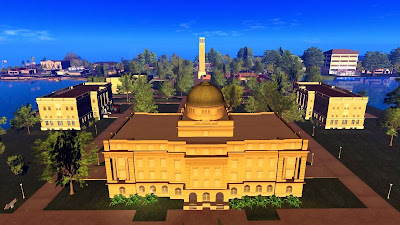 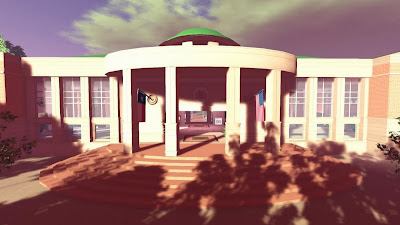 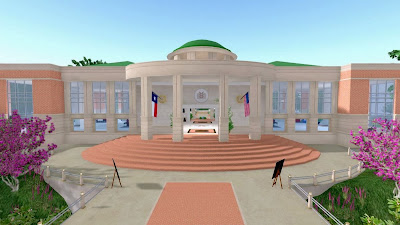 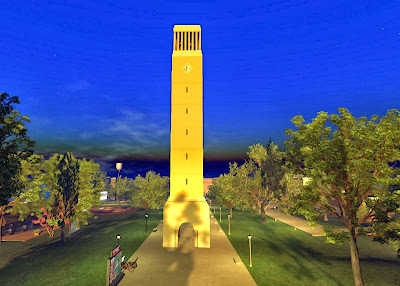 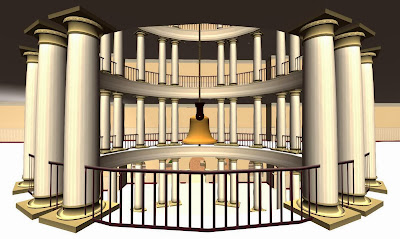 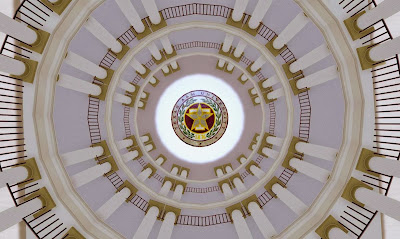 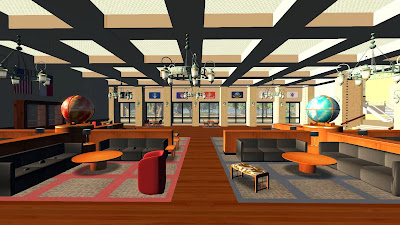 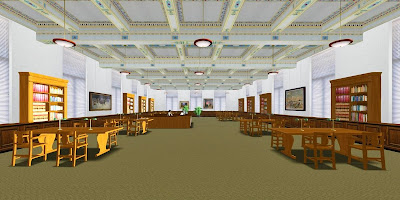 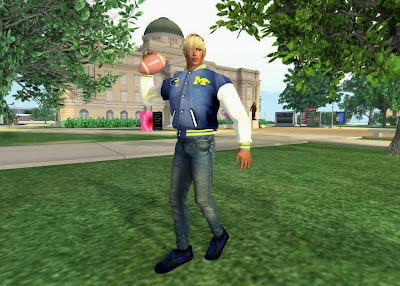