Israel Island in Second Life celebrated it's first birthday on October 27. The Sim, which I started my review of yesterday,  is very well done, and is contained on three levels. The ground level, consisting of replicas of important cities in Israel,  the most important and impressive part of the island to visit. The largest and most important part of the ground level build is dedicated to sites in Jerusalem, Israel's capital city.


This virtualization of Jerusalem, just like the actual city, is built in Jerusalem stone. Interactive displays, which are some of the best in Second Life, link to web sites which provide detail on the subject matter. Many of the displays are lacking in displays and detail and are still under construction. However, this site is a must-see Second Life destination, as incomplete as it is. Highly recommended for a visit. I provide information on specific sights below.


Links to other levels of Israel Island:

A top level for arrivals made to look like Ben Gurion Airport in Tel Aviv.
SLurl to airport:
http://maps.secondlife.com/secondlife/KnoWorld/104/107/1252


A mid level consisting of a club, stores, and interactive exhibits.
http://maps.secondlife.com/secondlife/KnoWorld/127/141/2501


To see yesterday's review of the top two levels of Israel Island:
http://eddihaskell.blogspot.com/2013/11/great-second-life-destinations-israel.html 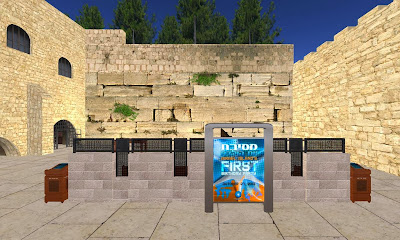 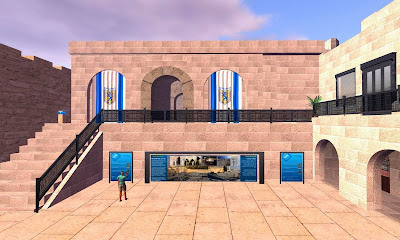 ---------------------------------
The Shrine of the Book at the Israel Museum, home of the 2000 year old Dead Sea Scrolls.  The scrolls date back to the time of Jesus and are considered the greatest archaeological find of the 20th Century. The interior displays are still under construction, but the interior space (shown with Ryce in the second photo below) is very impressive to see. 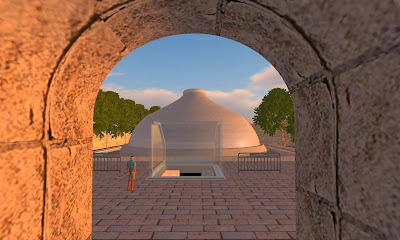 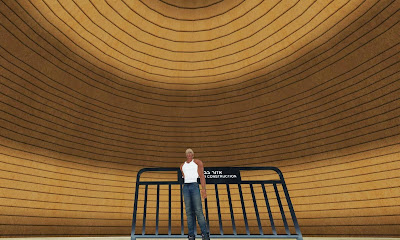 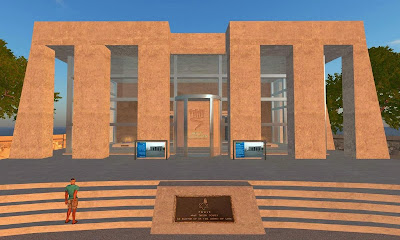 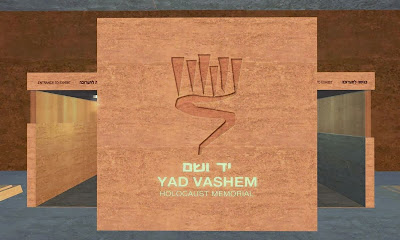 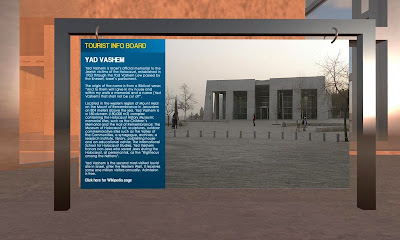 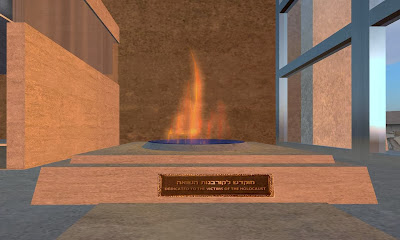 Although the ground level of Israel Island is primarily dedicated to the city of Jerusalem, other sights around Israel are also shown. Modern Tel Aviv is represented by modernistic 1920's Bahaus architecture, of which Tel Aviv has more than any other city, and modern skyscrapers shown below. 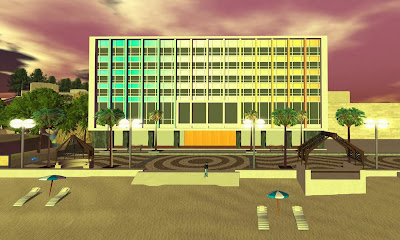 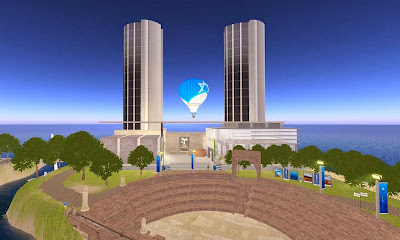 Please note:  I am not going to run political comments here related to the political situation in the Middle East. All I am doing is reporting on a Second Life Destination. My blog is simply not the place for a controversial discussion - and the world wide web has many other sites for such comments if you wish to place them.
Posted by Eddi Haskell at 12:00 PM