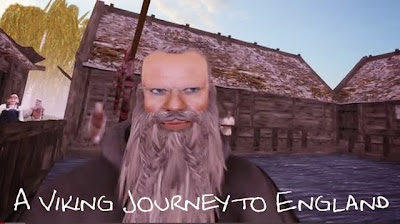 Celestial Elf, one of Second Life's greatest machinima artists, scores yet again with A Viking Journey to England.  He writes the following:

The aim of the film of this virtual voyage was to share an insight into how the Vikings fared making this voyage. The first lesson was just how dependent they were on the weather. With strong winds in the right direction they could manage to sail over 250 miles (400km) in one stretch. But frequently the wind blew in the wrong direction or not at all which becalmed the ships.  the greatest test the Viking ship faced came towards the end of the voyage when too much wind, rather than too little, was the problem because the stability of the Viking longship depends on the flow of water over her hull and the rudder is only effective when moving forward.

This machinima is very atmospheric, has great sound effects, and shows yet again why Celestial Elf is perhaps the greatest machinima artist filming in Second Life. 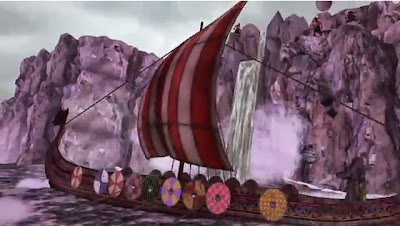 To find out more about this machinima:
http://www.youtube.com/watch?v=beRMUR0RTlg

To see Celestial Elf's other machinimas (Most are masterworks):
http://www.youtube.com/user/CelestialElf/videos

Filmed on Location at:
Folkvang Norse Home of the Viking Goddess Freja & her Valkyries, Lexicolo (106, 178, 42)