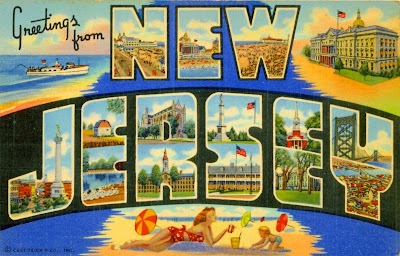 Same-sex marriages will begin within days in New Jersey after the state's highest court ruled unanimously Friday to uphold a lower-court order that gay weddings must start Monday and to deny a delay that was sought by Gov. Chris Christie's administration.

"The state has advanced a number of arguments, but none of them overcome this reality: Same-sex couples who cannot marry are not treated equally under the law today," the court said in an opinion by Chief Justice Stuart Rabner. "The harm to them is real, not abstract or speculative."

New Jersey is a large state of 9 million people.

The Supreme Court of another state, New Mexico, is expected to approve marriage equality sometime next week.
Posted by Eddi Haskell at 4:59 PM