This blog Reaches Three Important Milestones Including it's Post Number 6000

This blog has reached three milestones.

First, eddihaskell.com has just published it's 6,000 post. That works out to about 3.5 posts per day since this blog first started publishing in November, 2008 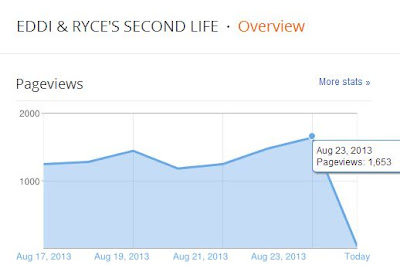 Second, we just had a record day with 1,653 Pageviews.  We have achieved over 1.2 million pageviews since we started publishing in November 2008 and are now at the rate of about 450,000 per year. 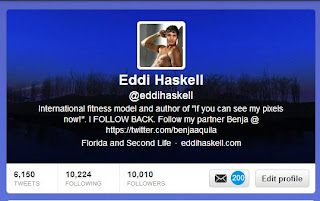 Third, we now have over 10,000 Twitter followers who follow Eddi because he is "an international fitness model and author of "if you can see my pixels now!".  Note, this is a joke but since only about 30% of my followers speak English,  and the vast majority seem to be Justin Bieber fans, they do not really care. My new Twitter and Facebook profile shot was made over at www.faceinhole.com

Ryce and I thank you for your continued support!