Editorial from Eddi: Second Pride Needs Rebuilding, and Karl Kalchek and Joshuadrew Are Showing What It Takes 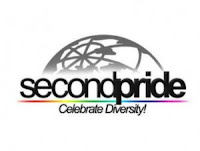 Second Pride is where the LGBT residents of Second Life get together to build our community, and most notably, put on one great celebration in late June of every year.

You would think that members of our community who have put in a huge amount of time and effort into Second Pride by serving as board officers would be thanked and recognized by our community. As I stated in an editorial here last month, the vast majority of us did thank the Second Pride Board, and other contributors including DJ's and bloggers for their time. However, other individuals unfairly attacked them, sometimes in very negative and personal ways.

The recent Second Pride elections were hotly contested and, due to circumstances beyond anyone's control, controversial. Chalk it up to bad luck following bad luck. Our community is somewhat split as a result, with a number of important past contributors to Pride - and their supporters - indicating that they no longer offer their support to Pride at the same levels as they have in the past.

Karl Kalcheck, The Community Relations Director of Second Pride, has started an important outreach blog. Karl has the difficult task of community rebuilding ahead of him.  He has taken a great step in appointing another candidate for this potions, Joshuadrew Resident (Joshie) to the position of co-director of community relations.

This is great news. I hope that some outreach can be done to every candidate who ran for Second Pride Office.

I am specifically thinking of  a Dextrum Boucher who has contributed a huge amount to Pride this year and who came very close to winning the Chairmanship. Dex knows how to pack events and draw in the crowds, and has a great pulse on what people want to see in the Pride celebration. By reaching out to those who contributed so much this year, Pride will achieve even greater success in the future.

You can read Karl's announcement here:

Please note:  I do not run negative comments about any Second Life Resident for any reason. If you want to leave a comment, please keep it positive.
Posted by Eddi Haskell at 1:46 PM