Happy Fourth of July! Four National Antherms for the United States of America 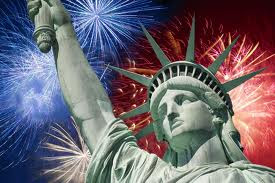 The current and most widely known national anthem, of course, the Star Spangled Banner since I play  This national anthem sounds much better when sung by a choir, and the premiere choir in the United States of course is the Mormon Tabernacle Choir - showing that the Great State of Utah excels in producing great choral music and incredibly hot ex-Mormon missionaries like model Eric Turner who I showed here on Monday as Real Life Hunk of the Week.

The Star Spangled Banner was not recognized as the national anthem of the United States until 1931; and is considered difficult to sing by solo voices. The fact that the tune was originally an English drinking song also has made it unpopular with some in earlier years before the song itself became venerated by Americans

150 years ago, during the American Civil War, this song, The Battle Hymn of the Republic,  by American writer Julia Ward Howe, served as the unofficial anthem of the Northern States as the battled the Confederacy to hold the union together, and end slavery in the United States.  The song, with very Christian overtones, links the judgment of the wicked at the end of time.  You can imagine Northern soldiers proudly singing it as they gave their lives by the thousands in bloodbaths such as Battle of Gettysburg which occurred 150 years ago this week. The Mormons, again, have the best version of this song ever done.


God Bless America, written by the great American song writer, Irving Berlin (who also wrote White Christmas and many other well known songs ) in 1918, was so popular, that it came close to replacing it as the national anthem in World War 2.  It certainly is much easier to sing.

Here is a movie recreation of the first time Kate Smith (who popularized the song) sung it on her radio show on Armistice Day (November 11 marketing the end of World War 1) in 1938, at a time when Hitler was beginning to rampage across Europe. The song then became the rallying cry for anyone who opposed the fascists in the United States, and wanted an isolationist United States to enter the war on the side of The U.K, France, and the allied democracies.  At 4:21 into this clip  a young Ronald Reagan appears for a brief second.

So there you have it, four great national anthems for the U.S.A..