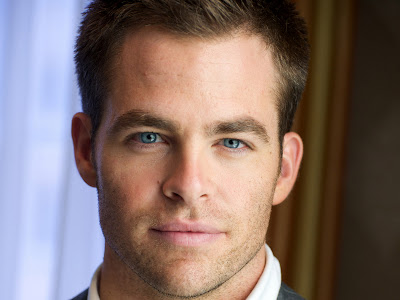 I have to admit that I have never really considered 32 year old actor Chris Pine to be a candidate for real life hunk of the week. His bushy eyebrows tend to dominate his face, and his body never appeared to be that buff in the past. However, after seeing Star Trek, I change my mind.

Some men do not develop sex appeal until well in their 30's or 40's. I think Chris is one of them. Although he has always been "cute", especially in The Princess Diaries 2 (which I admit to have seen in 2004), he did not appear to be a sexy "leading man". How things have changed!  For one thing, his gorgeous blue eyes dominated the Star Trek movie ---  you were pulled into them as he played Captain James Kirk with passion, and convincingly. For another, his buff and hard body showed through his tight uniform quite well --especially his hot biceps. He is built more like an NFL quaterback than an underwear model -- which suits him well.

Chris was so enjoyable to watch in Star Trek I think he has a chance to become the George Clooney or Harrison Ford of his generation-- a masculine, warm, and intelligent actor who will become even more sexy as he ages into his 40's and even 50's.

For more about Chris:
http://en.wikipedia.org/wiki/Chris_Pine 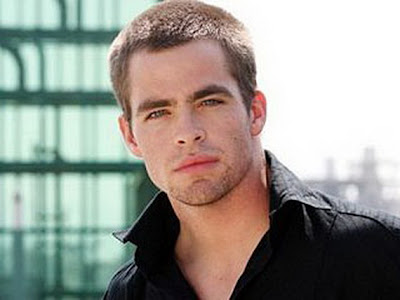 For more photographs of Chris:
https://picasaweb.google.com/110039554614022765702/ChrisPineTheNewCaptainKirk?authuser=0&feat=directlink 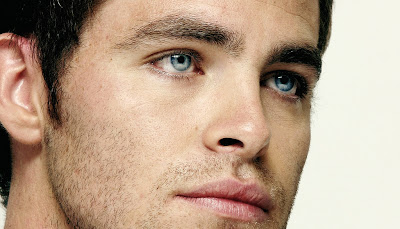 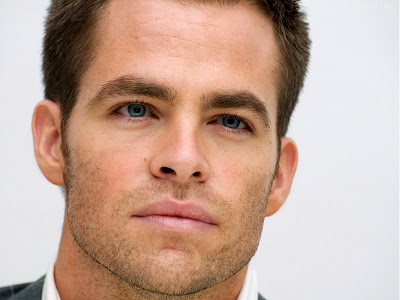 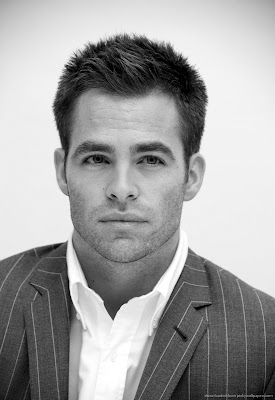 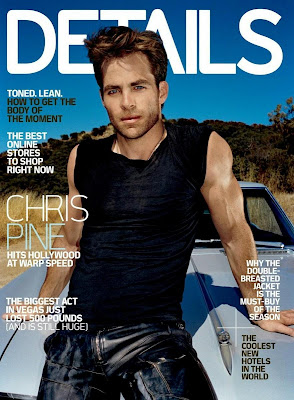 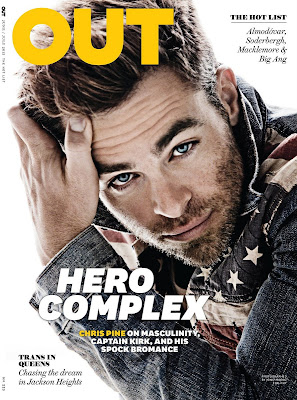 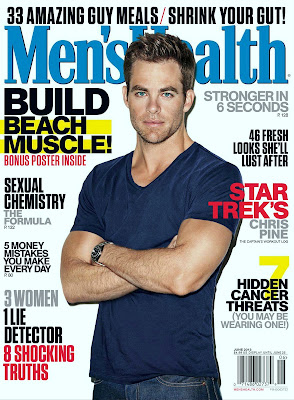 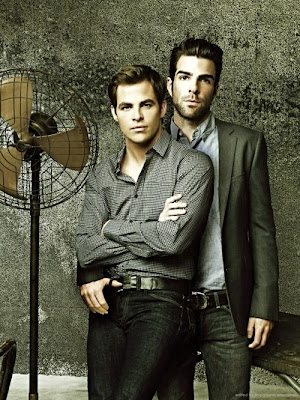 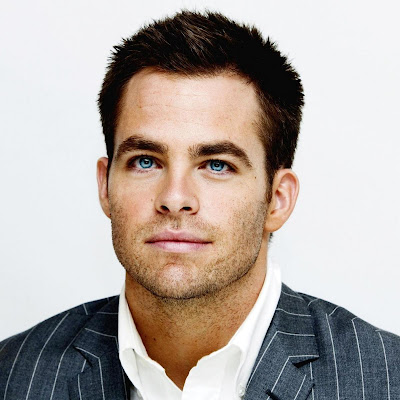 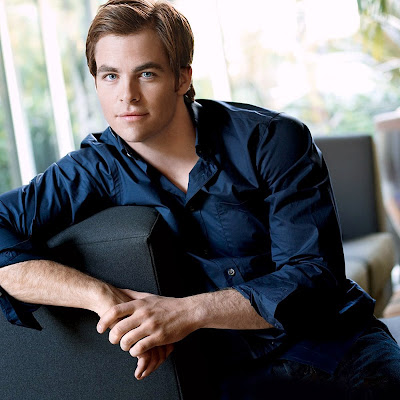 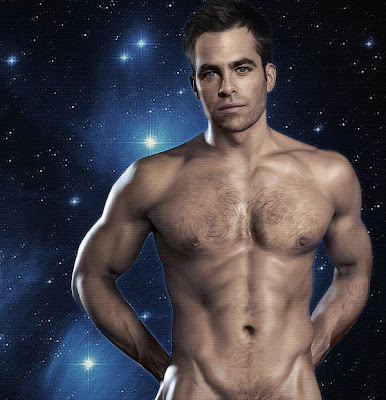 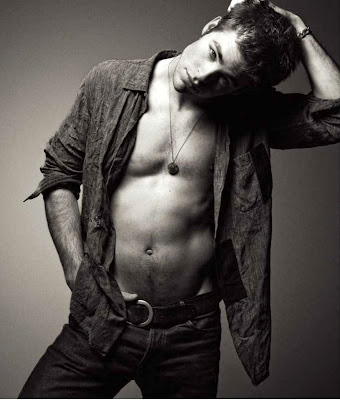 
This is a cute video, it shows a young Chris in the 2006 made for television film Surrender, Dorothy in which he plays a gay character. FYI, Chris is not (does not claim to be) gay in real life.