My 5 minute review of the new Superman movie. 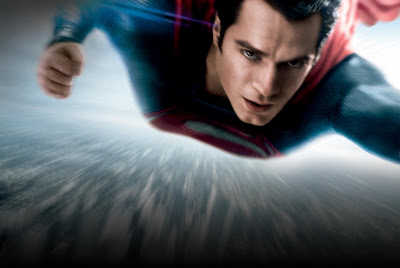 I saw the new Superman movie yesterday. Here is my quick review:

1. This is a great movie. I am giving it 5 stars which is rare for me. I would give it 4 stars if Henry Cavill was not such a treat to watch and a pleasure in the role. He is the best Superman since Christopher Reeve.  Expect several sequels.

2. I saw the move in enhanced FX sound which is a huge mistake. It was incredibly loud for two hours without a break -- this has to be the loudest movie ever.  I literally could not hear properly for a few hours after I left.  See it in normal theater sound without enhanced audio effects.

3. Henry Cavill's body is so buff and hot, and his face so handsome,  the move is almost soft core. I never liked dudes much with beards but he looks good in one.

4. I am very bad at following movies with "plots" This movie has absolutely no plot you have to follow so I liked it.

5. The movie seemed to be as much of a digital game as a movie. It is computer-generated graphics on overload. This is not necessarily bad, but the movie resembles Star Wars far more than the original Superman. Be prepared for this. But there are enough human touches in it to make the movie endearing.

Go and see Superman
Posted by Eddi Haskell at 11:34 AM