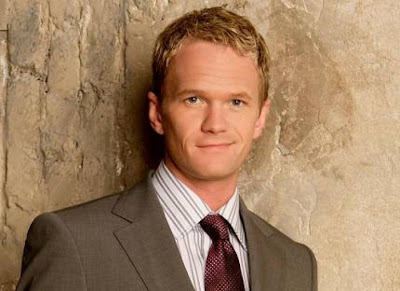 1. You can look amazing at 40.  In fact, drop dead gorgeous. Neil does not usually go shirtless, but he has a very nice body - take a look at the image below.

2. A child (teenage) actor can make a successful transition to a leading man. Neil played his major first role, Doogie Howser MD when he was 16 years old. 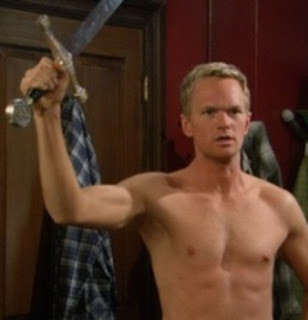 3. You can come out and remain a Hollywood heartthrob. Neil came out in 2006. Many gay actors still are cautious with revealing their sexuality.  Neil is married to handsome fellow actor David Burtka and fathers two children with him (twins) with a surrogate mother. I think they look amazing together.


4. The Tony awards can be fun to watch.  Neil has hosted the past few Tony award shows.  I never was able to sit through these awards until Neil started to host them. I show a great video of the opening of the 2011 Tony's below with Neil below.

I think this top comment about him on You Tube -- with a huge number of votes - sums him up best:
God made him gay because if he was straight no guy would have a chance with a girl.

Happy birthday Neil!  I bet he will be even more photogenic when he turns 50 in 10 years time. I can see how much a touch of silver will benefit him.


Neil is great with Tony Award Openings. 2011 is priceless - set to the tune "Broadway is not just for gays anymore!"