Today Is May 1 - International Worker's Day, A Holiday For Most People Around the World. 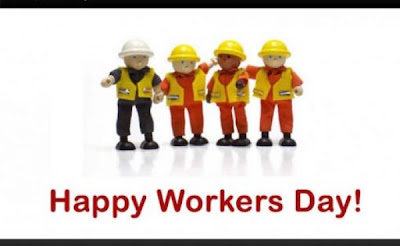 Today, May 1 (or May Day)  is celebrated around the world as International Worker's Day, and  commemorates the advances working people have made throughout the world.  May Day  is recognized in every country except the United States and Canada. This is despite the fact that the holiday began in the 1880’s in the United States, with the fight for an eight-hour work day and 5 day work week led by immigrant workers .The average worker back in an industrialized society worked an average of more than 70 hours a week at very low wages.

I play a video of the great conductor Arturo Toscanini leading an orchestra in the playing of The Intenationale,the song of the international labor movement.  This music was censored for many years in the United States due to its left wing overtones. I think it is catchy.