Will marriage equality suffer a major defeat in the State of Illinois and end a year of very good news worldwide?  Things are beginning to look that way. Unless the bill comes to vote in the Illinois House of Representatives in the next two weeks and passes, the bill will die and the effort for marriage equality will need to start all over again. No vote is currently scheduled.

Illinois is the home of the city of Chicago and President Obama, and a solidly Democratic state. It is  the 5th biggest State in the United States in terms of population, with nearly 13 million people, and has about as many people as the largest Province of Canada – Ontario, or the German State of Bavaria. 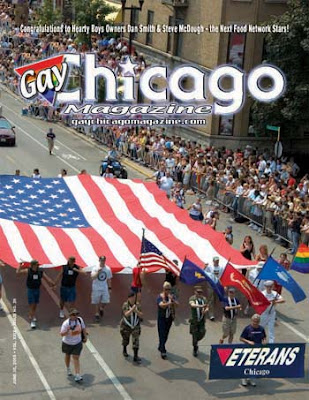 On paper, marriage equality appears to be a shoe-in. Illinois passed same-sex civil union legislation last year granting gay couples the same rights as married heterosexual couples, a first step. The Illinois State Senate has already passed the marriage equality bill in February by 34-21, and the Governor of Illinois, Democrat Pat Quinn has promised to sign the law immediatley if approved by the House.

The Democratic party controls the House of Representatives by a wide margin, 71-47 votes. Speaker
Michael Madigan has promised to bring the legislation to vote once the floor leaders tell him the votes are there for passage (supposedly). So what is the problem?

The problem is that unless the bill appears certainly headed for victory, it will not come up for a vote. And the latest count does not show 60 votes in favor of passage - even though a few Republicans are supporting it.

Conservative religious leaders in the City of Chicago are doing whatever they can to stop the bill from coming up for a vote. And it is working.   The groups which they influence are part of the Democratic coalition of ethnic and minority votes,  and are exerting power on their local representatives to vote against the bill.  The Cardinal of Chicago, Franics George, who has a huge amount of influence here, is opposing the bill as are fundamentalist ministers on Chicago's South Side and in the very conservative southern part of the state. An assemblyman might find himself out of office (they are being threatened with this) if they vote for marriage equality.  You can read more about this here- a robocalling campaign is now occurring to stop the vote from happening - and is being countered by human rights activists.

The only positive thing is this -- if there is a vote, it will happen almost by stealth sometimes right before the end of May.  There will be little advance knowledge since that will trigger demonstrations and pressure that is not wanted.  Also, wavering supporters will not announce how they stand on the issue until the very last minute -- the last thing you want is for some powerful religious person to call you and threaten you unless you "come around".

But as things stand today, passage is not certain. And this will be the first large defeat for marriage equality in in a year of very good news if it happens.