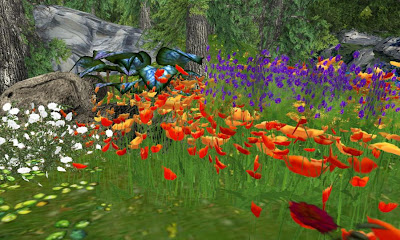 Wizardhat Studios reminds me of the Northern Pacific Coast and Rocky Mountain regions in the United States and Canada. Springtime arrives when the snow and ice melt and flow down rivers to the sea, fueling the growth of waves of wild flowers. You can still see traces of snow at Wizardhat Studios along the streams that are surrounded by birch trees. Although the overall effect of Wizardhat Studios is one of fantasy, the close up visages of wildflowers coming to bloom along mountain streams and rugged coastline is very natural in effect. If you open your imagination, you can literally smell the fresh scents of springtime in the air here. 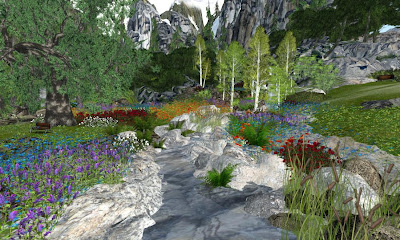 
For more of my photography of Spring in Second Life I have an 18 page feature starting on page 70 of the March issue of GMP Magazine:
http://eddihaskell.blogspot.com/2013/02/the-march-issue-of-gmp-is-out-and-i.html 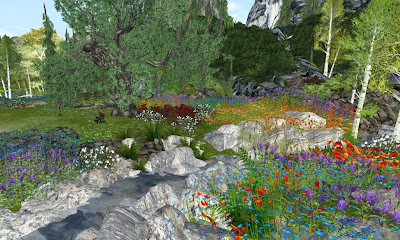 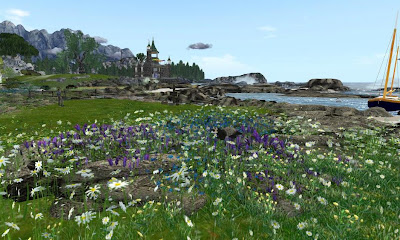 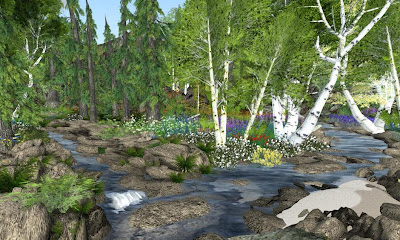 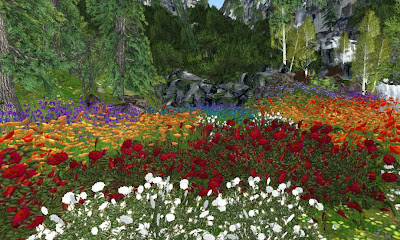 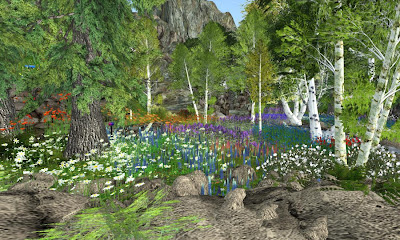