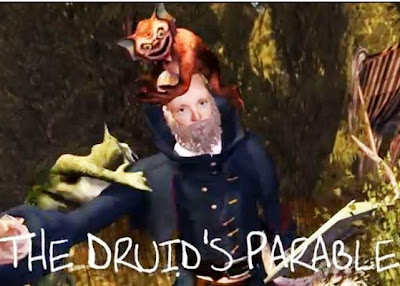 The great machinima artist Celestial Elf returns with another masterpiece - The Druid's Parable. As usual, the production values, writing, and art are some of the best imaginable for Second Life.  The material used for the machinima is about the ancient and mysterious Druids. The Druids were members of a priestly caste in The British Isles, Ireland, Gaul (ancient France), and other areas where the celtic tribes populated Western Europe, and hold great interest to many in the modern day. 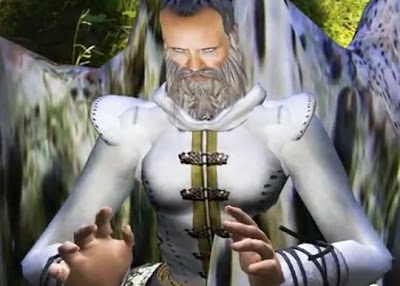 Celestianl Elf writes the following about the machinima:

The Druid's Parable. From the Second Epistle of Robert Larson, (Isaac Bonewit's mentor) and perhaps the true founder of Neopagan Druidism. Robert offered this parable of his own creation, to counsel tolerance and variation among warring branches of the Reformed Druids during their ideological and structural conflicts of 1976. It holds a relevant message to this day.

For more information about this machinima check out Celestial Elf's blog:
The Dance Of Life: The Druid's Parable: