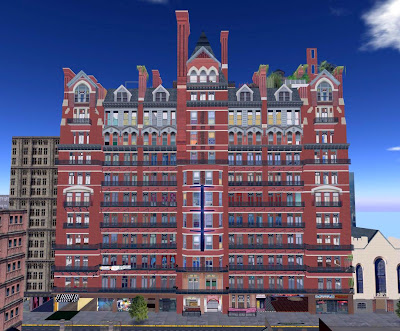 The Hotel Chelsea is a historic New York City landmark and is known primarily for the residents who have lived there and defined much of the counter-culture movement of the 1950’s and 1960’s. Some of the more famous residents of the Chelsea include singers Janice Joplin, Bob Dylan, and Iggy Pop, and writer/philosophers Alan Ginsburg, Jack Kerouac, and Arthur C. Clarke who wrote 2001: A Space Odyssey while staying there. The building itself is gorgeous, with iron-ornamented balconies, and was the tallest building in New York when completed in 1885. 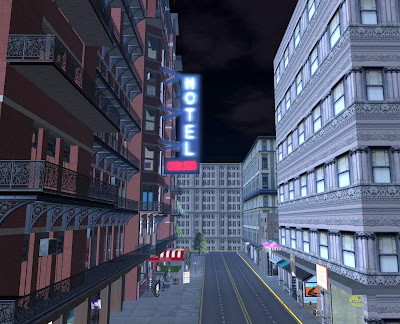 The Second Life Hotel Chelsea contains a club and interesting interiors and galleries, and has a surrounding area which evokes Greenwich Village, the neighborhood south Chelsea in New York. I found the street scenes to be very well done and reminiscent of the actual area. Make sure to check out the art galleries on the surrounding streets which are quite well done.

To visit the Hotel Chelsea:
http://maps.secondlife.com/secondlife/Lanestris/123/162/104 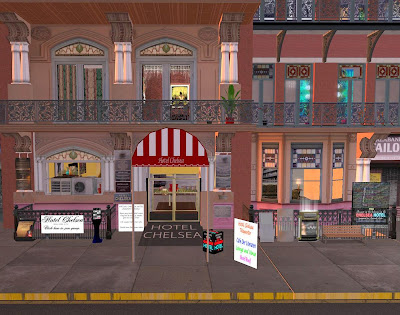 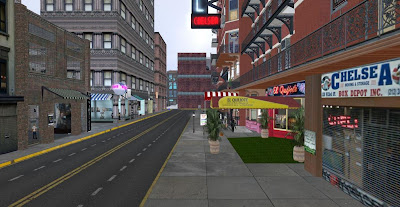 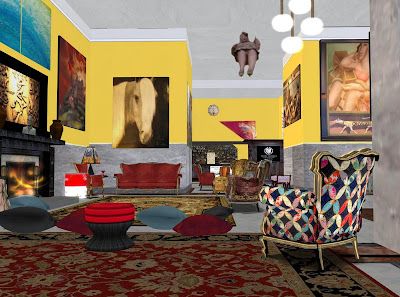 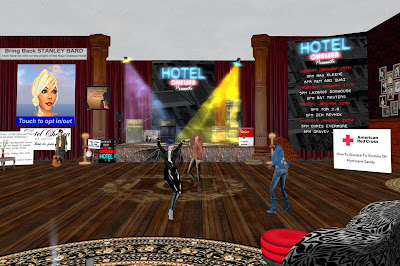 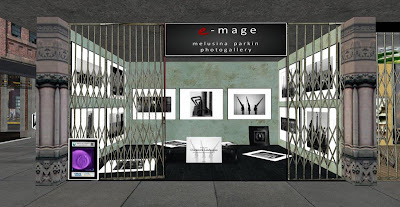 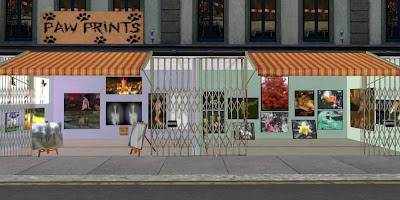