Event Photography: Wigstock at Theatre On the Hill - Earlier This Afternoon

Wigstock was a big success this afternoon. The crowd gathered early at the Theater on the Hill. I was one of the three judges selected for the event - together with Chetz Sondi, and August Florian (shown below). We selected August to be spokesman for the three judges, and I was the voting scorekeeper.

The winners of the event were:

The voting was very, very close. All the contestants did well, and the three judges had to deliberate in overtime to pick a winner.

I was busy organizing the judging voting formats and scoring today, and could not take many photographs, but will share the ones that I did take with you. 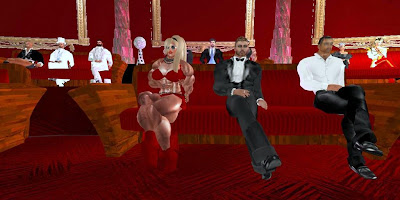 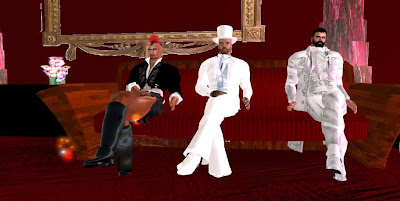 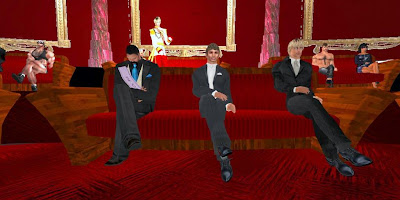 Here I am (in the middle) with DJ Queen Edman on my left (Queen has to be remembered as one of the founding fathers of Wigstock in Second Life), and Benja on my right who supported me throughout the deliberations. 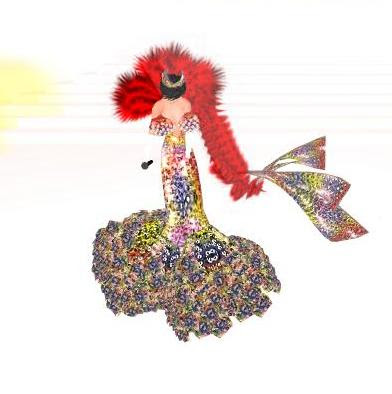 You can see some of the performers and contestants in these photographs. 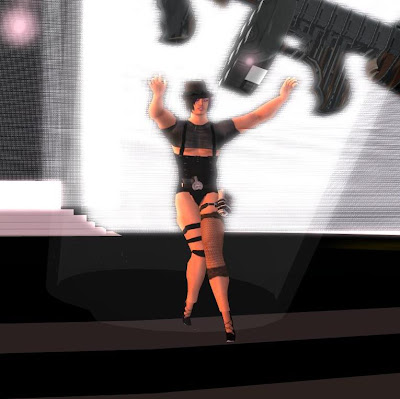 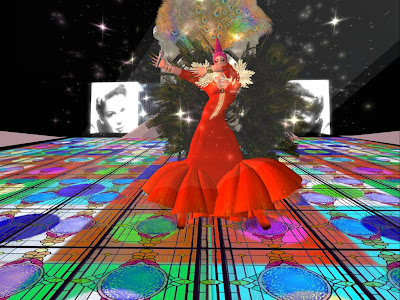 At the end of the event, everyone came up on stage. You can see Juve Wheelwright, the winner, in the center of the stage in a black dress and Silvano Korobase, the first runner up, in a gold gown on the far rights.
Here is another shot of all the contestants on stage. 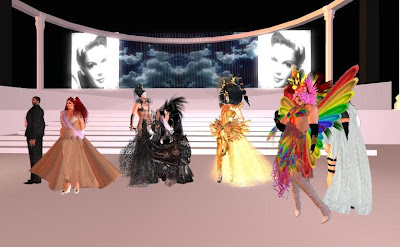 Benja and handsome Nando Serrari posed with my in this photo after the event.

Most everyone including myself had a really great time today,  and I want to congratulate Othon, Hotboy, and all the other organizers and performers and judges for a job well done! 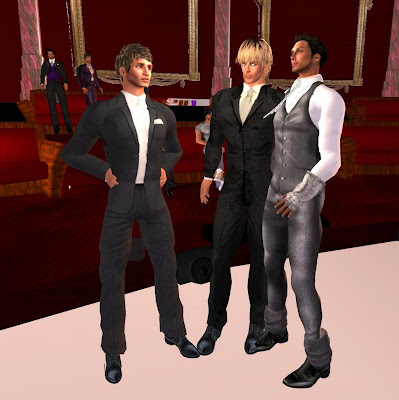 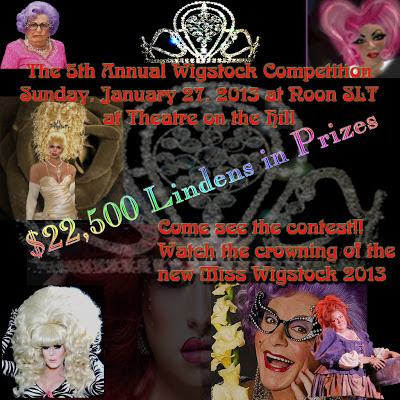