This Week's Poll Results: 75% of You Do Not Plan To Upgrade To Windows 8 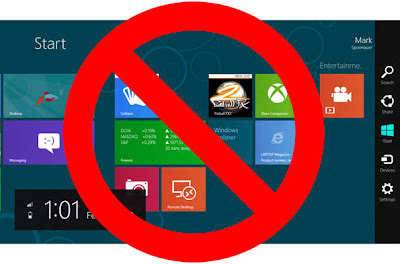 The results of this week's poll are in.

Overwhelmingly, Windows 7 users do not plan to upgrade to Windows 8, Microsoft's new one-version-fits-all operating system that is pad-centric in design, with a visual interface that looks like it belongs on a touch screen device such as a pad or phone (called Metro) upon booting.

Windows 8 is the operating system that is default on almost all new desktop and laptop purchases. Reports are that Windows 9, available at the end of 2013, will be more appealing to current desktop users who actually like using keypads.

Windows 8 appears to be like Microsoft Vista, which was rejected by many Windows XP users in 2007 upon launch. Windows 7 was able to capture the existing market of XP users when it was launched in 2009.  All this bodes well for Microsoft, which needs to continue to sell two "crown jewels", Windows and the Office family of applications, in order to survive in the long term. Both have been under attack from open source alternatives, and new forms of application delivery that are delivered in a "cloud computing" paradigm structure. Reports are that they will now aim to come out with a new version of Windows every year.

(Please note. There appears to be nothing wrong with running Windows 8 for Second Life on a new computer. The reported problems that have occurred were due to application rendering in an older format which can be resolved. Bock McMillan, my fellow blogger, loves Windows 8.  I have checked Second Life's JIRA's on this and Windows 8 does not appear to be a continuing Second Life problem).


Here are the results of this week's poll:

PLEASE TAKE OUR POLL IF YOU USE WINDOWS. Which version of Windows do you use on the primary computer you use for Second Life? Please let us know if you plan to upgrade your software, or buy a new Windows 8 computer in the next 12 months for Second Life.

Total responses: 39
Number of responses below followed by (%).
Numbers do not add up to 100% because of rounding.

Email ThisBlogThis!Share to TwitterShare to FacebookShare to Pinterest
Labels: Polls