I Have Reduced Ryce's Friend List Down To A Manageable Amount of Names. Please Do Not Take Offiense 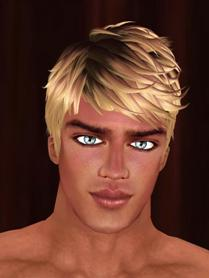 I have reduced Ryce Skytower's friends list in half, to a manageable amount of names.

It was becoming impossible to rez in to Second Life as Ryce because of his friends list. It was huge, at over 800 names a week ago. I almost never eliminate people from friends lists  (I hate being dropped from a friends list myself), and Ryce has names from 2008 on his list who he has not seen or talked to in years.

The only people left are people who I speak with on a regular basis, say every two weeks or so at a minimum. If you want to be on Ryce's friends list and he took you off it, please do not take offense. Shoot Ryce a note card (his IM's are capped) and he will add you back.

If I took you off it does not mean Ryce is not your friend.

Eddi's list is not cut back, but since I am not in that much as Eddi, he can have a longer list.