How Good Did I do On my 2012 Predictions? - Take a look and see at what I predicted one year ago, and why I was only 57% correct in what I said. 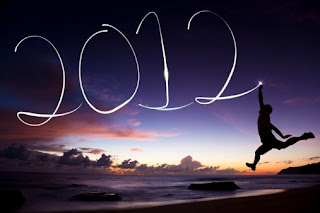 Last December, I published my 7 key predictions for Linden Lab and Second Life for 2012.

My predictions could have been better. Three came true (colored green below), two clearly did not, and two only partially came true. This gives me a 57% correct prediction percentage - something not to be that proud of.

I will be issuing my 2013 predictions here next week.  I am still mulling them over, taking my so-so track record for this year into account.

I present my 7 key predictions for Linden Lab and Second Life for 2012.

These predictions are notable for one thing -- lack of big news. I do not expect Linden Lab to sell Second Life, I do not expect a radical change to the way Second Life functions, and I do not expect big growth or big losses in usage and revenue generation.  In short, 2012 will be much like 2011. Now that I have said that,  big news does happen right when it is least expected.

Here are my predictions for Second Life, and its parent, Linden Lab:

In making this prediction, I am assuming that Linden Lab is currently closely held by a limited group of investors, consisting of  both individuals and investment concerns, who are hoping to recoup past investments.  I am also assuming that Second Life currently breaks even for Linden Lab and does not require additional investment, but does not earn substantial income either.

Prediction 2:   An upstart virtual world, funded or acquired either by a major web player (such as Google, Microsoft, Facebook, or Sony) - or other investors -- will not be started in 2012.

In making this prediction, I am assuming that this lack of activity in the virtual world category by major players or investors with deep pockets will allow Linden Lab "breathing room" as it aims for user growth in a category it basically owns today -  a graphically sophisticated virtual world aimed at an adult audience -- with the exception of competition from Open Grid entrants.  I am also expecting Blue Mars, currently in a holding patters with little development in 2011, to fold in 2012.

Update one year later: Wrong! Cloud Party was started in 2012 by former Second Life executives and seems to be making slow progress with its Facebook connection. Blue Mars did not fold in 2012; but seems frozen in time and still stands as an empty deserted place for anyone who still wants to see it.

Prediction 3:  The price of owning and acquiring land will decline by at least  25%. Linden Lab will implement some sort of "transaction tax" to make up for the immediate revenue shortfall.

In making this prediction, I am assuming that Linden Lab views its primary competition at the increasing number of OpenSim and related worlds that are growing right now with land usership costs as low as 25% of those of Second Life, and will take this move to stem this.  I am also assuming that such a step will meet with considerable opposition among some at Linden Lab who will be concerned with the perceived financial risk that this move will take.

Update one year later: Wrong!  Looking back at this prediction, I realize that it was wishful thinking - and that Linden Lab's ownership is extremely risk-adverse to any move that could tamper with revenue.

Prediction 4:   Although Second Life will see an increase in usership, concurrency, or number of  users online at once, will not exceed 100,000 users at any time in 2012.

I like to look at the issue of concurrency to determine how well Second Life is doing.  Although it has come close to 100,000 in the past, it has never exceeded it. Although Linden Lab will point to growth in the Second Life user base based on sign-ups, registrations, and other factors, it will not break this key number, which would garnish good publicity for Second Life if it were to be broken.

Prediction 5:   Second Life's future growth and success will be seen as being tied to two key developments -- first, the development of Second Life as a gaming platform, and second, the introduction of a thin client version of Second Life that can be played on pad-like devices with simpler, touch mechanisms.

Second Life is currently pc-centric, and relies on a heavy client that needs to be installed and updated on the user end. Browser-based versions of Second Life have shown that this concept can be successful. However, the integration of a simpler, more easy to use browser-based version of Second Life -- that can be used on a pad-like device --- with the current heavy client versions in use will continue to challenge Linden Lab developers. In addition,  the original "virtual world" concept of Second Life has disdained being called and seen as a "gaming" platform (such as World of Warcraft).  However, future growth of the category will be seen in Second Life's ability to position itself as a gaming platform.  I expect Linden Lab to make both items a key part of its growth strategy.

Update one year later: 50% correct, 50% incorrect. Although Second Life is being seen more and more as a gaming platform, and as a test bed for new technologies such as Pathfinder which Linden Lab plans to incorporate in future Game releases, the browser-centric version of Second Life has not gone anywhere (at least publicly) - but can be seen over at Cloud Party.

Prediction 6:  Second Life viewers will continue to challenge novice and less technical- savvy users due to their complexity and non-intuitive interfaces.   In addition, lag and performance issues will continue to vex the user base.  User growth will continue to be restricted due to the lack of user-friendliness as an operating Linden lab strategy.

Although Linden Lab has made some movements in the right direction in this regard, such as continued support for more easy-to-use third-party viewers, and the introduction of a an interface that can be customized new versions of  viewer 3.2,  it will continue to fail to take radical measures that can make Second Life more open to larger user expansion. However, I do see this issue increasingly recognized by the management of Linden Lab as key to Second Life growth throughout 2012.


Update one year late:  Correct. Problems with the introduction of Mesh and Pathfinder in 2012 vexed existing users. In addition, no move to make Second Life viewer technology more user-friendly for the attraction of new users was made in 2012.

Prediction 7:  Despite complexity and pricing challenges, Linden Lab and Second Life will leave 2012 in a better position than 2011 in terms of outlook for future user growth, business expansion, and category viability.

I think that 2011 has been a good year for Linden Lab and Second Life. Stability has returned, and new management has shown a good vision for what is required for future growth.  However, the 800-pound gorilla in the corner is this -- is the virtual world concept as it exists today, viable for the future?  Will exponential future growth, similar to the rise that Facebook saw starting in 2004, ever come to the virtual world category?  Or is Second Life basically another "computer game" that has passed its prime, and can only expect to hold on to what it has in terms of usership?  My own prediction is that in the medium term for the next three years, we can expect to see slow but steady and rational growth.

Update one year later: 50% correct, 50% incorrect. Although Second Life is now being used by Linden Lab as a cash cow, with some profits fueling new Linden Lab product introductions particularly in the gaming arena, usership remains flat -- with declining land usage accepted as a norm by most parties connected with Second Life.