Benja and I are living onboard a large yacht, the Millenium II, which is moored right near my old gallery at beautiful  DMC Marinas. The yacht is gorgeous, and is a dream home for both of us. Our living arangement resembles something out of the show The Lifestyles of the Rich and Famous, and is a big changed from the cramped skybox which has served as my home for the past year.


To see the Millenium II and the other yachts, homes and furnishings  at Barlett and Nielsen:
http://maps.secondlife.com/secondlife/Virgins%20Reef/207/81/21


The Millenium II is desgined by Blaze Nielsen, a friend of mine for many years. Blaze is unquestionably the greatest yacht designed in Second Life. He also designs and sells great skyboxes (you can see my review of his Orient Express Skybox here), houses, and other home furnishings at Bartlett and Nielsen, one of the largest design emporiums in Second Life.


The interior of the Millenium II is equipped wth very well designed furnishings the evoke the interior of the World is not Enough, the fasted superyacht in the world, on which it is based.  I show actual images of the actual yacht's interior, along with a video of the yacht, at the end of the photographs.

The yacht is loaded with very hot sex animations in beds, hot tubs, and a very hot pool table that make the ship a floating pleasure palace. Benja and I really are still discoveing everything that the ship has to offer and are really enjoying ourselves.


The Millenium is a deal at 30,000 Linden. It sounds expensive but is not considering everything that has gone into it, including over 2,000 animations.

The prim count is suprisingly low at 1236,, can can be lowered a bit if you wish to remove some of the furnishings.


To see the Millenium II and the other yachts, homes and furnishings  at Barlett and Nielsen:
http://maps.secondlife.com/secondlife/Virgins%20Reef/207/81/21

The actual Millenium II interior comes equpped with the furnishings shown in these photographs (there are more) at no extra charge. I found the furnishings appropriate and elegant for the yacht. 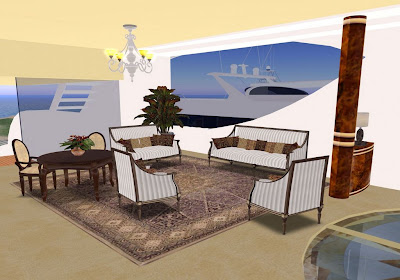 About the actual superyacht that inspired the Millenium II:


The Millenium II is based on the World is not Enough, built by Millenium Super Yachts of Palm Beach, Florida. I live near Palm Beach and have seen the actual ship sailing on the Intercoastal Waterway - it is truly impressive. 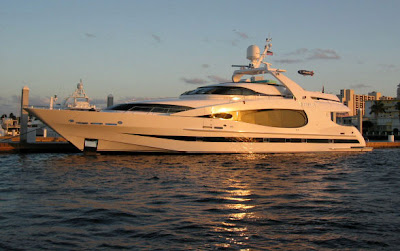 The World is not Enough  is the only yacht to have reached 70 knots. or 81 mph, more than double the speed of most fast yachts. She is propelled by two Paxman diesel engines and two Lycoming gas turbines, producing a staggering 20600hp. But she is not just about speed - her interior, designed by Evan K. Marshall, can accommodate 10 guests and, as these photographs show, is as luxurious as any yacht  ever constructed. 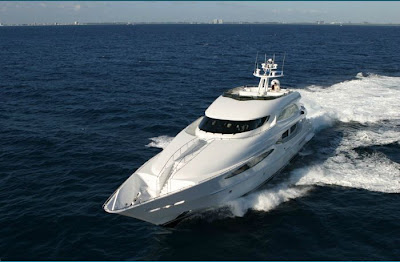 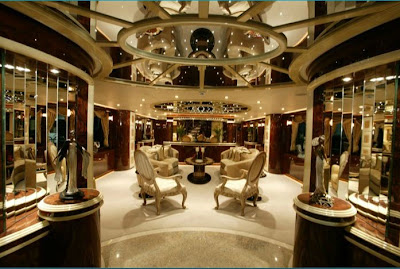 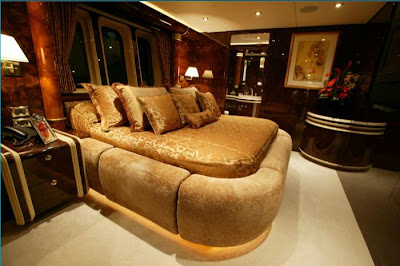 This You Tube video shows the World is not Enough at high speed: