To Our Readers in the United States - You Can Vote Early in These Key States Before Tuesday. Make Sure to Get Out and Vote! 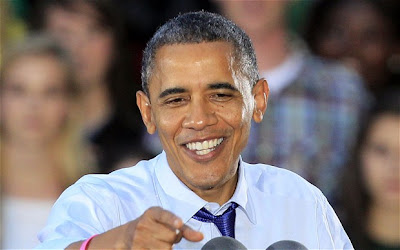 The U.S. Presidential and Congressional election is on Tuesday, November 6.

As anyone who is following the news knows, the election is extremely close.   If you reside in one of these battleground states that will decide the election (due to the U.S. system of winner-take-all by state and our electoral college) you must get out and vote.

Some U.S. States allow for early voting. I compiled a list of voting rules in key states.

If the state is marked yellow, early voting ends today or tomorrow. You can still get to your polls.

If the state is marked red, early voting is not allowed.

Early voting is allowed through Monday in five states which many assume will decide the election and are even in the polls:

To find out more, and for hours in other states:

Florida
If you do not vote today, you cannot vote early.


Minnesota
Yes, but you will need an excuse. Just say you will be away from home on a business trip on Tuesday.


Nevada:
If you do not vote today, you cannot vote early.


Ohio
Yes. You can still vote early until the end of Monday in this most crucial of states, which may decide the election. The U.S. Supreme Court knocked out the ban on early voting by the Republican administration two weeks ago.

Pennsylvania
Early voting is not allowed.

Virginia
Yes, but you'll need to provide a valid excuse. (saying you must stay at home to take care of someone, or have an all day doctor's appointment will work),

Wisconsin
If you do not vote today, you cannot vote early.