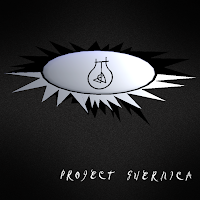 Guernica is arguably Pablo Picasso's greatest masterpiece, and one of the great paintings of the 20th century. It is a tragic work of art. Guernica is a painting by Pablo Picasso. It was created in response to the bombing of Guernica, a Basque Country village in northern Spain by German and Italian warplanes at the behest of the Spanish Nationalist forces, on 26 April 1937, during the Spanish Civil War.

The Spanish Republican government commissioned Picasso to create a large mural for the Spanish display at the Paris International Exposition at the 1937 World's Fair in Paris.  Guernica was kept at the Museum of Modern Art in New York until 1981, when it was finally returned to Spain and is now on display.


Guernica shows the tragedies of war and the suffering it inflicts upon individuals, particularly innocent civilians. This work has gained a monumental status, becoming a perpetual reminder of the destruction of war, an anti-war symbol, and an embodiment of peace.


The Guernica Project by London Junker and Lizzie Gudkov, on LEA 6, recreates the painting in three dimensions and is worth a visit. I must be honest and say that I feel a great deal is lost in terms of mood and ambiance due to painting brushstrokes and color tones in this virtualization.  However, something is gained here by turning a two dimensional work of art into a virtual sculpture. Recommended for a visit.