How Good Were My Election Predictions on Issued on Sunday November 4? 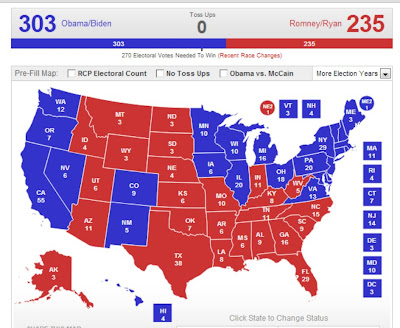 Note from Eddi:  This is what I published on Sunday, November 4:

The popular vote national (which does not mean anything for presidential elections in the United States) will break out as follows (rounded to the nearest percentage):

(Note from Eddi:  The situation of this morning is 303 votes for Obama, 206 for Mitt Romney, and 29 undecided. Florida my home state is still too close to call. I have guessed how 49 of the 50 states would vote)