Black Friday - Cyber Monday: 90% Hype, 10% Great Deals, Some Of Which Continue for a New Computer 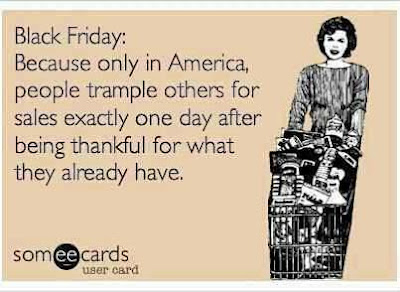 I did a large amount of research over the past week in determining if there were any real computer deals during the very hyped up 4-day period in the United States for electronic sales which ended last night.

These four days, anchored by Black Friday, the name given to the day after Thanksgiving (which always falls on the fourth Thursday in November in the United States) through Cyber Monday, which is the Monday after black Friday are touted as the time to buy electronics and other high-end consumer items. The Christmas shopping season begins on Black Friday, which is the busiest retail day of the year in the United States. Black Friday earned it's name since retailers could "go in the black and out of the red" if they sell enough that day to earn an annual profit.

Here is what I learned from observing sales over the past week on just about every major computer retailing site in the United States including:

The only online retailer which offered consistent deals during the 4 days that meant anything were the custom gaming PC company Cyberpowerpc. I am now kicking myself because I did not purchase a great computer from them on Sunday for $917 after rebates that now costs over $250 more.

(note from Eddi: See comment, Chad Baxton is someone I have known in Second Life for over 4 years and has had a bad experience with this company).

Of the major manufacturers which sell direct, only Dell had a good deal going on an Alienware X51 mini desktop which is good for gaming and Second Life. They offered $100 off, and a nice one could have been had for $899. The price today is $50 higher, since they are now only offering $50 off. I think though, that if you search for online coupons for Dell you will be able to match the prices of this weekend.

Costco, my U.S. retailer of choice, had nothing of interest in terms of a gaming computer I wanted. Someone in the buying department over there does not understand why a gamer needs a graphics card. They were calling systems without discrete graphics cards "gaming computers" -- which is simply not the case.

Tiger Direct and Newegg, the huge online retailers that stock a large amount of inventory, had some good deals which seem to be continuing. I am not sure they did much in terms of additional deals over this past weekend, and they are both advertising ongoing savings over the next month.  I can personally recommend Tiger Direct to you, I had to return a defective graphics card to them and they could not have been nicer
and easier to deal with in getting out a replacement.

One more thing - the best deal I found is this great $800 gaming computer over at Tiger Direct with a high end new NVDIA graphics card.  You can read my review of the offer here. As of this morning, it is still available. Remember, you will need a monitor to work with this.