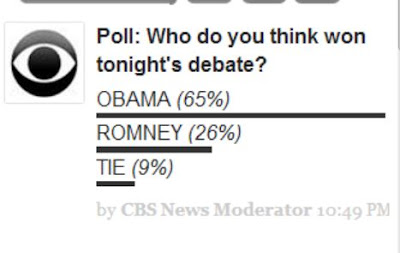 I have been watching the second U.S. Presidential Debate and President Obama won hands-down, putting an overly aggressive and wrong-on-the-fact Mitt Romney in his place. I am giving two instant web poll results by CNN and CBS.

I have been edgy for the past two weeks fearing a Romney victory.  I now think that my hero, President Obama has the edge.  The final debate happens about 8 miles from where I live next Monday in Boca Raton, Florida.  This has to be some of the most riveting television I have seen in a long time. 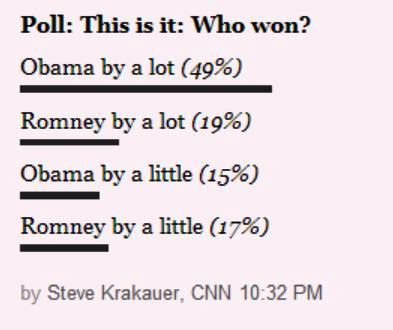