Great Destinations for Halloween: Calas Galadhon's Halloween City- The Most Entertaining Build Ever in Second Life


Tymus Tenks's and Truck Meredith's Calas Galadhon complex of 11 gorgeous sims are not only the home of the greatest display of fall foliage in Second Life, which you need to see before the winter snows begin. A Halloween City has opened which needs to be seen to be believed- parts of it are downright creepy. This is the most entertaining build that I have visited  in Second Life in my nearly six years as an active resident.


Here is a description of your adventure from Tymus and Truck:

You are about to embark on a journey that takes you from a dark castle in The Carpathian Mountains to the jungles of the Far East. It’s the 1860’s. Your goal: To search for the lost expedition that left 18 months earlier in search of, at the current Count’s request, the treasure of an ancient city, said to exist deep in the jungle. The unfortunate souls had also been given the task of collecting more specimens for the Count’s disturbing and downright twisted collection of unusual fauna (and not so fauna?) from around the world. To get to the jungles of the Far East, you must first find the Gold Idol hidden.

You first arrive in a castle keep and have to navigate a truly well done haunted cemetery. Make sure your light settings are on midnight. You will then come to The Count's Castle, where upon finding the golden icon, you are transported to a jungle city. Parts of the jungle city are cute, such as the monkeys and parrots, but some aspects of it really made my adrenalin rush -- such as the huge python and pterodactyl circling above.

I will not ruin the expedition for you but once I found the missing expedition I felt like puking.  I need to congratulate Tymus and Tenk for this great city. The city is busy right now, but will stay up for a while after Halloween.

Here is the SLURL to this incredible build. Higly recommended, and a must-see spot on your journeys. 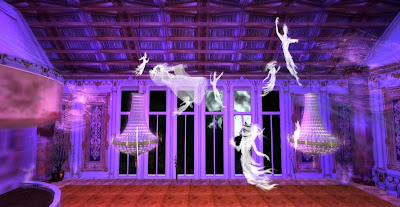 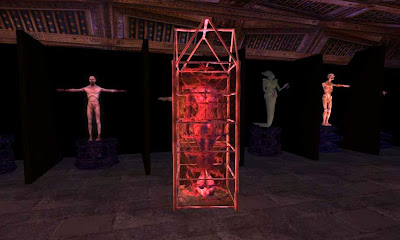 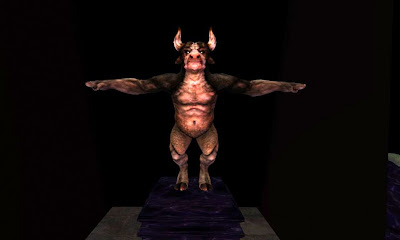 Part 2 of the tour begins when you find the golden icon and are transported to the mysterious jungle city to find the missing expedition. 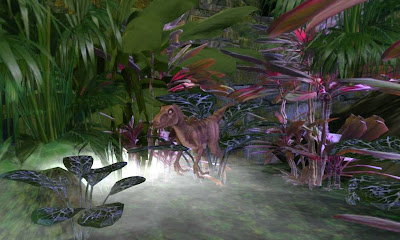 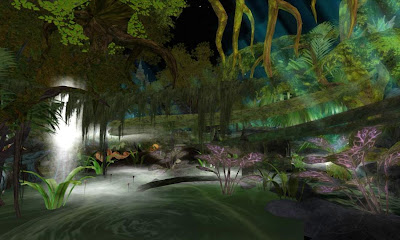 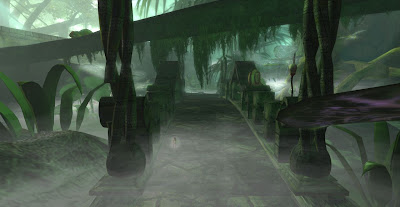 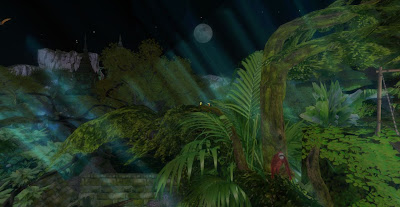 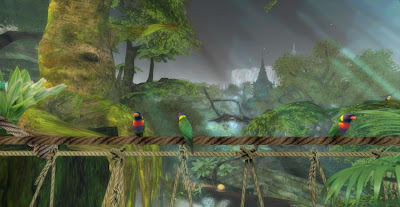 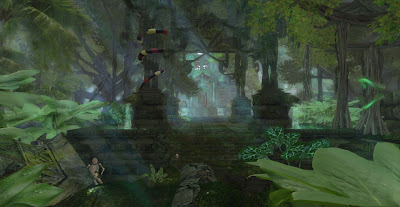 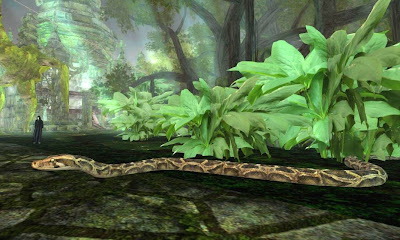