Editorial From Eddi: You are Looking at the Next President of the United States of America -- Unless You Get Off Your Backsides and Do Something About It

There is an excellent chance that you are looking at the next Vice President and President of the United States of America. Meet Paul Ryan and Mitt Romney, two extreme candidates from a Republican party which would be branded as extremist right-wing in any other country.

The consequences not only for Americans, but for people around the world, will be disastrous:

I can go on and on. If you do not agree with me, you might as well stop reading this article now. I frankly do not care about Republican oriented political views with people like the Republican Senate Candidate from Indiana Richard Murdoch telling woman that it is God's will for them to carry a pregnancy due to rape.  This is insanity. I hope the Republican party can return to being the great institution it was under moderates like former President Gerry Ford, who was a professor of mine at the University of Michigan for a few classes. Right now it is run by a bunch of crackpots.

Now, why am I writing this?

What is missing this time around, in 2012, that was here in 2008 and delivered the great President we have in Barack Obama -- and a Democratic Congress - to the world and the United States.  What is missing is enthusiasm!

In Second Life in 2008, for those of you who cannot remember or were not here, there were Obama / Biden fund raisers, t-shirts, enthusiasm, and hope that was felt by international residents, not just Americans. People were excited!  Now we have nothing in Second Life.

And given how close the election will be, just a little bit of enthusiasm may encourage the thousands of Americans in Second Life to get out and vote, particularly in swing states such as Ohio, Virginian, Colorado, and Florida that will decide the election.

We need more enthusiasm. We need to put together some Obama events and visibility in the next 10 days to do our part to get this great man re-elected President. The world's future depends on it!  And the election is so incredibly close that we will make a difference if we start now!

Fund raisers at gay clubs next weekend anyone?

Thanks for reading, Eddi 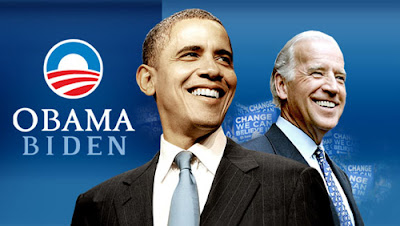