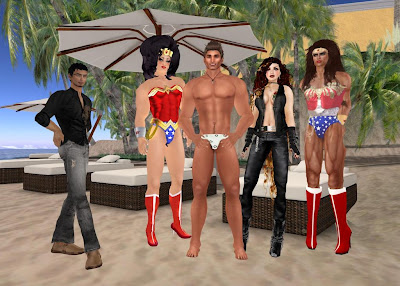 Here is the story of the Wonder Woman drag party. Last night, I asked Baz Ceawin to give me his opinion of a new shape that I was trying out.  That is me in the middle of the photo above in the white speedo.  Baz said to come over the the Gay Riviera, and a bunch of people would let me know what they think. That is Baz standing to my right - dressed up as Wonder Woman. 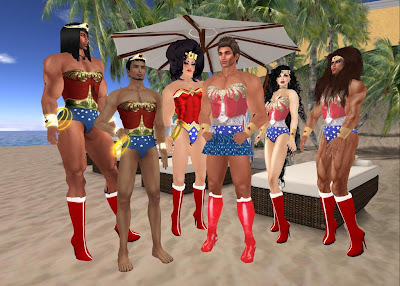 I came over, and decided to join in the fun as a drag Wonder Woman.  That is me fourth from left. I then was speaking to Kip Ashbourne, who told me that Donny Alsop also was running around as Wonder Woman earlier that day!  Would would have guessed. So I invited Donny over the join in the party.  Kip and Chaz Longstaff also came over with Wonder Woman outfits, so I took this nice group photo at the Gay Riviera below of the enter campy group. 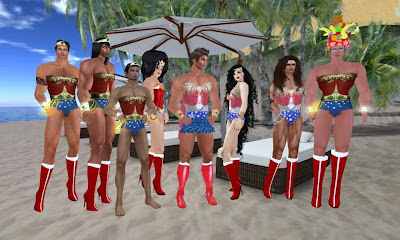 (please note, I am not running any comments about this post).