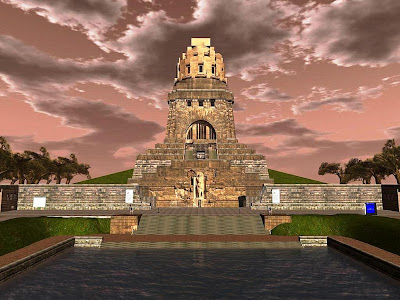 The Völkerschlachtdenkmal, or Monument to the Battle of the Nations is a massive stone tower in Leipzig, Germany, a city that stands in the east of the country.  The monument was opened in 1913 to commemorate a victory over Napoleon's forces 100 years earlier.  It stands almost 300 feet high, about as high as the Statue of Liberty (including its base) and is an excellent example of heavy stone Wilhelmine architecture. 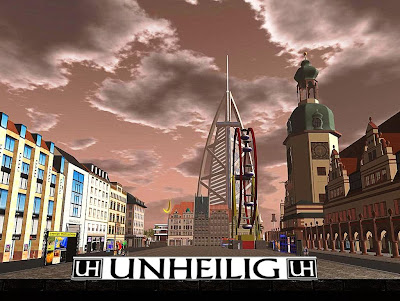 The monument is well worth a visit -- make sure to take the stairs up to the first floor hall and look straight up at the dome, an effect I show in the last photograph here. The Völkerschlachtdenkmal is on a sim next to the well designed Leipzig city sim,  which is a good build to show what a busy and affluent German city looks like in 2012. Other well designed virtual German cities in Second Life include Berlin, Munich, and Nuremberg, making it one of the best represented counties in Second Life in terms of showcase urban builds. 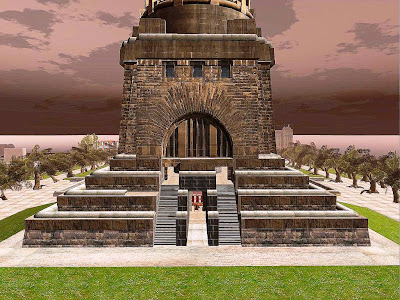 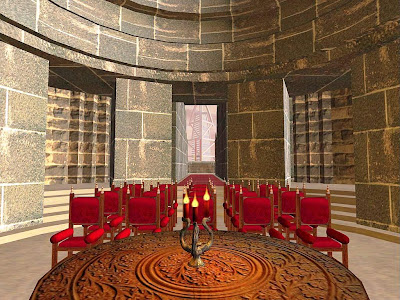 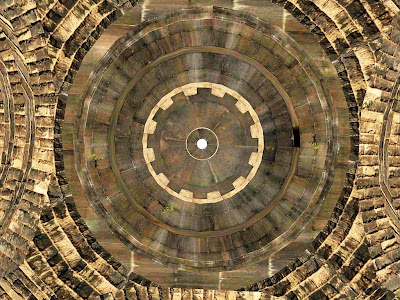