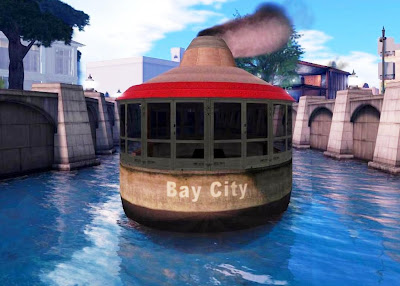 Bay City is arguably Linden Lab's greatest development in Second Life.  A series of canals and bridges  unite the area of about 50 Sims which include attractions such as a working bowling alley (hot balls), an old movie palace that shows machinima every two hours, and a new fun playground called Hairy Hippo fun land that I have not seen that has rides including a roller coaster that I will be checking out. 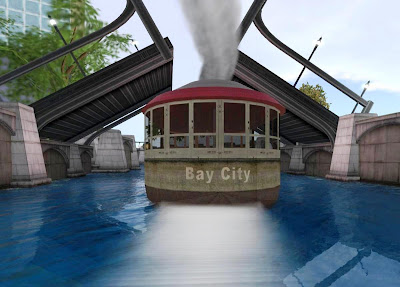 Bay City has a working rail road, balloon air transit system, and street car.  In addition, a working ferry circles some of the canals in Bay City.  You can hop in and ride and watch draw bridges rising to let the ferry boats through.  You can check the ferry out here - just click a boat and ride. A cool sightseeing attraction in Second Life. 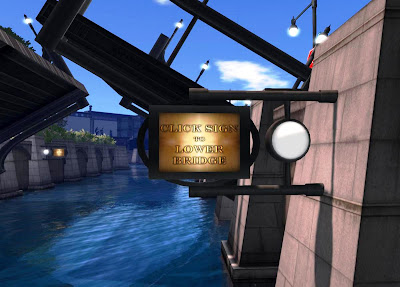 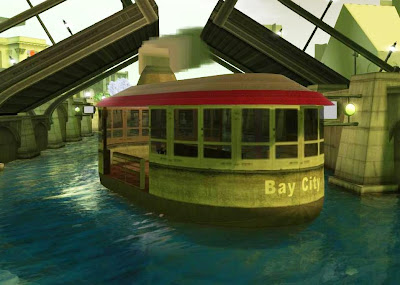 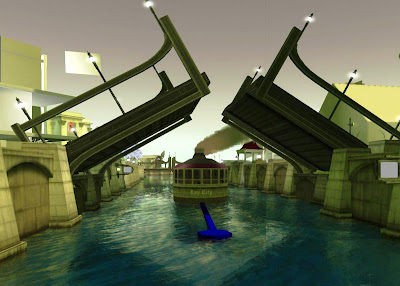 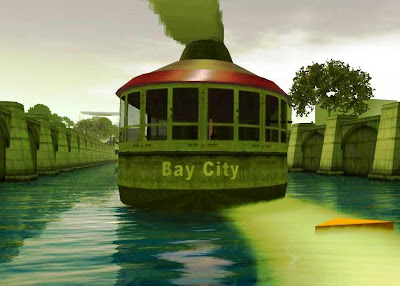 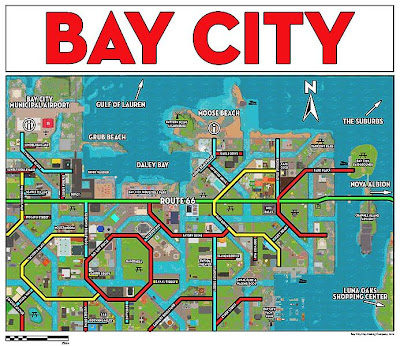