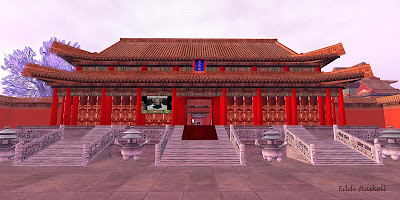 Beijing’s Forbidden City served as the governmental and ceremonial heart of the Chinese Empire for over 500 years. The Forbidden City contains 980 buildings in an area that is over 7 square kilometers or about 3 square miles. It is enormous and a bit unbelievable when first seen. The city is contained in a series of huge walls- each enclosing plaza containing impressive red buildings and Chinese sculptures. It is one of the greatest sights in the world. 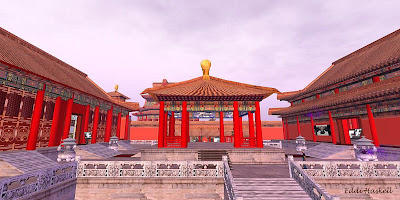 Second Life offers a replica of the Forbidden City in Fantasy China Dynasty Land. This is not the first Second Life rendition of this destination. Back in 2009 there was a much larger version of the Forbidden City built over two sims, that to date remains one of the largest inworld building projects ever completed. Although no longer standing, I produced a You Tube video of this destination which is no longer standing. 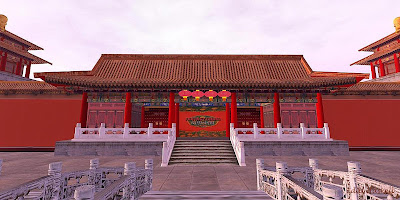 Despite the prominence of too much advertising, the current Second Life Forbidden City destination is well done, and makes good usage of textures and scale to give a good indication of the actual destination. It can be visited here: 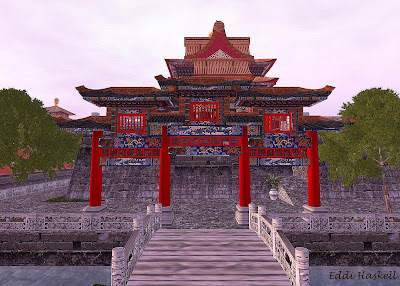 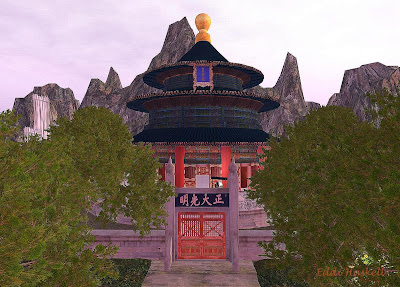 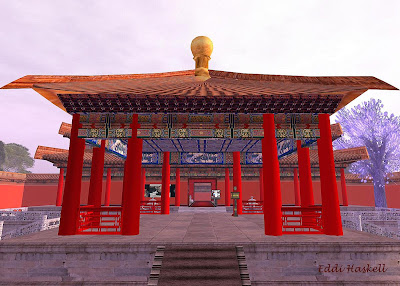 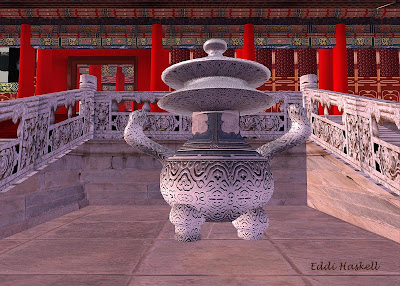