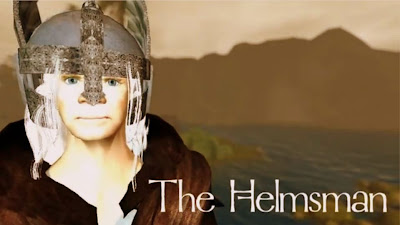 It is a very well crafted video with high production values -- and, like all his work, tells a story on something important to the development of the culture and history of the British Isles. 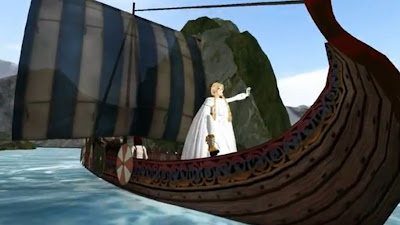 Here is what he writes about this machinima:


Presented by Odin Allfather, this is the tale of the Death and Life of Ulfr Sigurdsson Viking and Northman of both Earth and Beyond.Ulfr has been a worthy Captain of many a Longship in his time and brought his crew safely through assorted dangers. However and despite the well wishes of the Vanir of Vanaheimr, the magical ones of the ancient Viking world, Loki with a heart of darkness moved beyond matter and killed Ulfr. The Helmsman is given a fine send of on a Funeral ship and as he goes to the beyond realms and he finds the Rainbow Bridge within himself. Traveling this pathway to the Otherworlds, he pauses at the Astral realms where he meets the goddess Freya who guides him onwards. As they travel, Ulfr notices that his spirit self is transforming further, he is becoming a star..


To find out more:
http://celestialelfdanceoflife.blogspot.co.uk/2012/06/helmsman.html

To see other machinima by Celestial Elf:
http://www.youtube.com/user/CelestialElf/videos