Results from the Second Pride Poll - Somewhat Negative, But Not To Be Taken Seriously 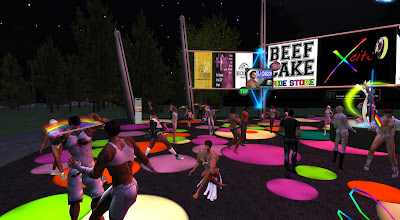 I have been hesitating to run the results from this poll, but have decided to do so since there were so many requests for it. Although the results can be interpreted as negative (44% say that they were very disappointed), I do not think the results of this poll should be taken seriously.

The reason is this. During the first week of the poll, the results were highly favorable to Second Pride. The majority of respondents were very or mostly satisfied. I noticed during the second week of the poll that the ratings became much more negative over a two day period. I suspect that someone who wanted to rig the results of the poll used a proxy server to mask their IP address (very easy to do) and entered multiple negative answers.

I will even let you know how to mask your IP address now and invoke a proxy, and vote twice in any online poll. Simply go to your settings (in Chrome go to the wrench icon) and use "incognito window". It is that easy.

I attended Pride and simply refuse to believe that 44% of people who attended were very disappointed with it. And common sense should prevail in these issues.

I understand that Second Pride will be commissioning their own poll (or has already). This should be a more accurate indicator of satisfaction with Pride than the poll results here.

If you have the time, and have not yet voted in this week's poll, please go to the top right hand corner of this web page and let our readers know which graphics card you use (one time please!). There are four days left to vote in this poll.

Please vote in this week's poll - which graphics card do you use?