A Milestone: One Million Combined Pageviews for Eddi and Ryce's Blog 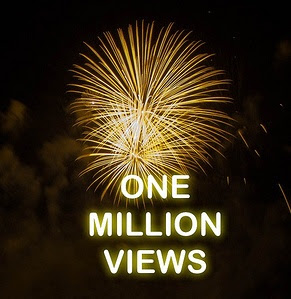 My blogs have reached a major milestone in terms of readership.

Sometime in the next 24 hours, this blog, and my Second Life alt's blog, Ryce Skytower's Second Life, will reach over one million combined page views since they were first published in November 2008, and October 2009.  This is according to numbers published by Google.

Almost 5,000 posts have been published in both blogs since their inceptions.

Here are how the numbers break out:


Thanks for reading our blogs.