Why Are There So Many Empty Clubs Lately? 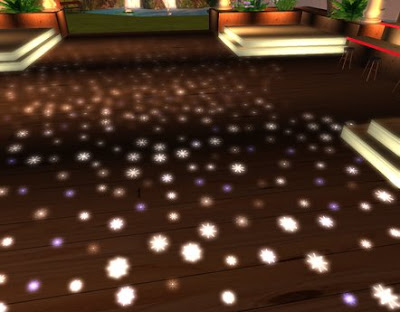 I wonder if others are noticing this -- the number of empty clubs on the LGBT scene during three prime evening hours -- between 6:00 PM and 9:00 PM SL Time -- is soaring.

Granted, some clubs still can generate good crowds of 30 or more during this time period, but for the most part, many are lucky to average 10. Some well known clubs which are open regularly are cancelling sets due to lack of attendance.  No club owner or DJ wants to stay open and play for a small crowd, it is bad for the ego, and even worst for the wallet.

Why is this?  First of all, Second Life attendance numbers have been flat for a year. The number of clubbers on the LGBT scene is a fixed constant per any given hour. If there is a large event, or an opening of a very hot new club, the numbers may increase temporarily.  But for the most past, say at 7:00 PM SL time, I estimate that no more than 250 people are online at clubs and places like Spurt beach who might be interested in attending LGBT events. This number may be too high, and may drop in the Northern Hemisphere summer --- as people spend more time outdoors.

New clubs are opening on a weekly basis, and existing ones are not closing fast enough to offer openings for them. Last Wednesday, at 7:00 P.M. SL Time, I counted no fewer than 9 open clubs.  There may have been more, and outdoor events were going on. This weekend alone, three people told me that they were getting ready to open a club.  The proliferation is incredible.

On a personal level, I am asked to attend clubs as soon as I log on, and can't simply go to every club out there. Even before I rez in as Eddi or Ryce, an unsolicited teleport or urgent request from a friend appears in front of me, asking for my time somewhere. I can hide from people, or go on busy immediately when I arrive inworld, but I do like to hear from people, and do not want to be an ogre. In addition, I have a new real life job that is requiring some long hours, and early wake-ups, curtailing the time I can spend inworld, especially after 7:00 P.M. . But more and more of my friends want my time at their clubs, and I find myself disappointing them on a regular basis.

Something needs to give. One thing I have noticed is that not enough clubs are open late hours after 9:00 PM SL Time, and few are open during early evening hours. But come 6:00 P.M. SL time, things get out of control.

I am not sure what can be done, or what should be done. More club groupings, coordinating hours makes sense. Jake's was a very successful club two years ago, partially because it was only open two or three nights a week, and was open late hours. Going to Jake's was an event and something you could not do every night.

I am not sure what can be done, if anything. Anyone has a right to open a club in Second Life, and competition is good. But unless something can be done in terms of coordination between club owners, empty clubs -- with a few crowded ones which are fashionable for the moment for one reason or the other, will be standard for right now. If you plan to open a new club with hours between 6:00 PM - 9:00 PM Second Life time do not be surprised if that opening night crowd quickly dies down to a trickle.
Posted by Eddi Haskell at 10:48 AM

Email ThisBlogThis!Share to TwitterShare to FacebookShare to Pinterest
Labels: Editorial