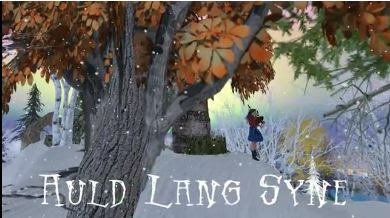 Master Second Life machinima artist Celestial Elf brings us the classic song played on New Years Eve played on the bagpipes - keeping in the Scottish tradtion.  He tells us the following about this song:

"Auld Lang Syne is a Scots poem written by Robert Burns in 1788 and set to the tune of a traditional folk song, its traditional use being to celebrate the start of the New Year at the stroke of midnight.
When Burns became a Freemason at the age of 23 he quickly absorbed the symbolism of the Craft and for him, Auld Lang Syne is a concrete expression of his love of mankind and his ideal of International Brotherhood.
The dance routine is to form a circle in which everyone is equidistant from the center, demonstrating they are all equal. At the beginning of the song all stand with hands by their sides, symbolizing they are relative strangers."

Happy New Years Eve everyone!  And all the best for 2012!