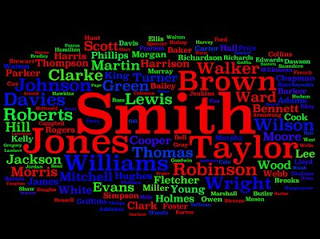 Rod Humble (as Rodvik Linden) announced two hours ago that a plan for returning Avatar last names should be announced sometime in January 2012, with implementation occurring sometime in Q1.

Here is the dialog published on his web profile page which is being quoted by various blogs and media channels.


rodvik.linden 22 hours ago
Last names under active discussion. We are trying to figure out how to do it in a way which would be excellent rather than just ok. We want it intuitive with extra features. Hopefully we will roll out what we are thinking early January latest. Identity is very important so as we touch it we need to make sure we are adding something great.


A clarification stating that implementation would occur in Q1 was issued Monday afternoon.

rodvik.linden 2 hours ago
Just to be clear Jan is when we will be giving a timeline/ plans on what we will be doing.  Expect Q1 2012 for it actually to be done.