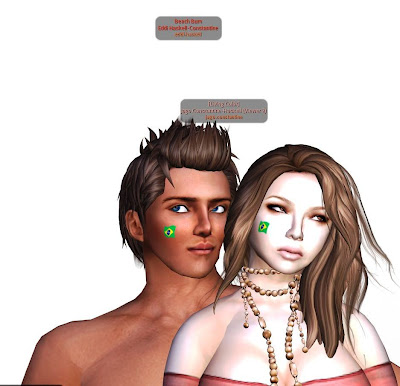 My partner Jago Constantine cannot do drag well.  There he is with me -- above -- wearing a decent female avatar shape wearing his Brazilian Cheek Tatoo.  Jago needed to photo himself as a hot chick in order to photograph his new line of unisex  flag tattoos that he sells on the Second Life Marketplace. 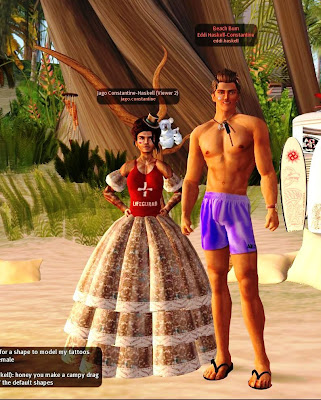 But, as you can see in these two photos, Jago's first attempt at drag was rather pathetic. Really,  the hot life guard chick above wearing the hat -- and the female pirate below -- will not attract many male viewers don't you think? 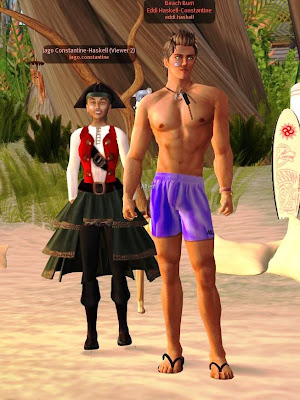