You Tube: Celestial Elf, The Song Of Amergin, A Samhain Story 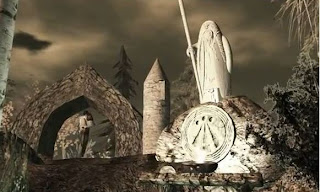 Master machinima-maker Celestial Elf, who has over 500 subscribers to his You Tube channel, has another published -- The Song of Amergin which is an ancient Celtic poem.  It involves someone getting his head chopped off  (King Bran the blessed). whose severed head protects the land. Here is what Celestial Elf writes"


An ancient Celtic poem which speaks of the origin of the Universe, the nature of the Gods and the path to Wisdom.


In my film version, King Arthur having recovered Bran The Blessed's talking Head, brings this head to a Samhain gathering where Bran recites The Song of Amergin to the assembled gathering. 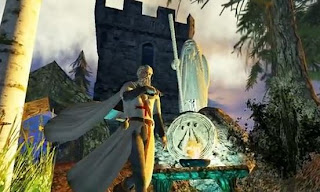 to find out more about the Celtic tales behind the machinima:
http://celestialelfdanceoflife.blogspot.com/

to find out more about producing the machinima:
http://www.youtube.com/watch?v=4aZsoPRqWqw&feature=channel_video_title

The machinima itself has the highest production values, and is tight and well written.  In short, it is a pleasure to see.